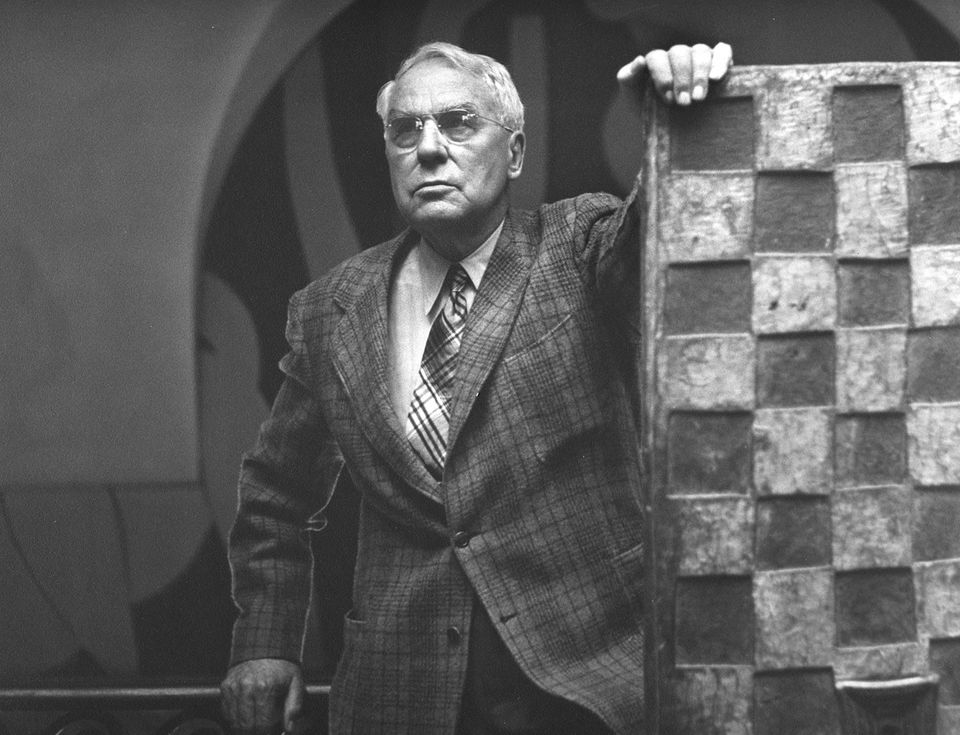 Albert C. Barnes left an indenture of trust banning sales of works from his collection Courtesy of AF archive/AlamY

While the Barnes Foundation continues a $100m funding campaign towards its centenary celebrations in 2022, two smaller transactions—a $98,000 auction of objects and a $100 lease of its former suburban headquarters for 30 years—raise questions about the institution’s commitment to the legacy of its founder, Albert C. Barnes.

The foundation made waves in 1990 when its president proposed selling off Post-Impressionist paintings from its collection in defiance of the rigorous instructions left by Barnes before his death in 1951. This indenture of trust banned sales of works, any changes to the unique displays and even colour reproductions of the art. It also stipulated that the collection must limit public admission to Saturdays and be open “exclusively” for students during the week.

The Montgomery County Orphans’ Court overruled the indenture in 2004, permitting the Barnes’s controversial move in 2012 from its original home in Lower Merion, Pennsylvania, to a new $150m building in downtown Philadelphia, open to the public six days a week.

In March this year, the Pook & Pook auction house in Downingtown, Pennsylvania, offered 156 lots of around 430 objects that had belonged to Barnes and his wife Laura. The lots included furniture, clocks, textiles and porcelain objects, and hammered at $98,000 in total. One attendee dismisses the items as minor material—“the cleaning out of an office”. There was a “hush-hush atmosphere”, she says. “I think they’re worried it’s going to get out that they’re selling everything but the wallpaper.” 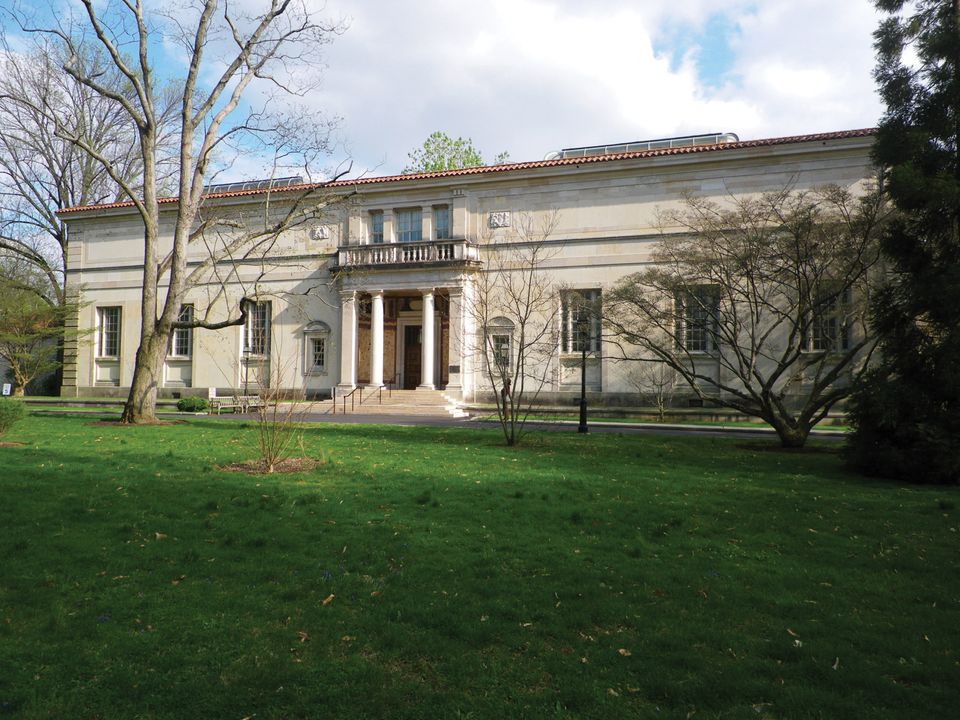 The Barnes Foundation left its original home in Lower Merion, Pennsylvania, in 2012 after a protracted court battle © Dmadeo

The foundation issued no press release about the sale, which was publicised by the online auction platform Bidsquare, and no catalogue was published.

“It’s not what [Barnes] wanted,” says a former student of the art education programme in Merion, who bought some objects at the sale. However, a spokeswoman for the foundation says: “These items were not part of the Barnes collection; they were personal items which Albert Barnes specified should be sold after his death and that of his wife. It is unclear why this did not happen 50 years ago.” She adds that other minor objects, such as doilies, were sold through an affiliate auction company.

The Pook & Pook sale took place almost a year to the day after the Philadelphia Inquirer revealed that the foundation had leased the galleries and administrative building inside its 12-acre arboretum in Merion to Saint Joseph’s University, which adjoins the site.

The Inquirer’s article—headlined “Barnes Foundation says St Joe’s lease deal does not mean sales are in the works”—also reported that a collections assessor had been hired to decide which objects to keep and which to sell. “We hired a collections assessment project manager with museum expertise in American decorative arts to work with our curatorial and collections team in reviewing these household items and our other non-collection holdings,” the foundation’s spokeswoman explains. The temporary position has since been eliminated. “There are no plans to sell other objects, and there is no plan to tour the objects in the collection,” she says.

The foundation’s executive director and president Thom Collins told the Inquirer that art cannot be sold without approval from the Orphans’ Court, and that the Barnes had no intention of selling the Merion property. Its lawyer said that the lease contract also bars Saint Joseph’s from altering the design elements commissioned by Barnes, such as the Jacques Lipchitz stone reliefs on the facade.

“Our partnership with Saint Joseph’s University is both an educational affiliation and a lease agreement, not a sale,” Collins tells The Art Newspaper through a spokeswoman. The foundation did not comment when asked about whether there were other bidders for the Merion lease. Saint Joseph’s is already operating the arboretum, but has not yet established a timeline for using the galleries, a university spokeswoman says.

Land in Lower Merion is some of the most valuable property in the Philadelphia area. Saint Joseph’s is paying just $100 for the entire 30-year lease of the Barnes land and buildings, with options to extend. “In addition to the nominal annual payment, Saint Joseph’s has taken on the financial responsibility for the management of the property and the horti-culture programme,” Collins says. “The Barnes retains oversight of the arboretum and the historic buildings.” The arrangement “advances our educational mission and commitment to our horticultural programme” and was approved by the Orphans’ Court, he says. A foundation press release in September 2018 celebrated the “long-term educational affiliation” but made no reference to the $100 lease agreement. 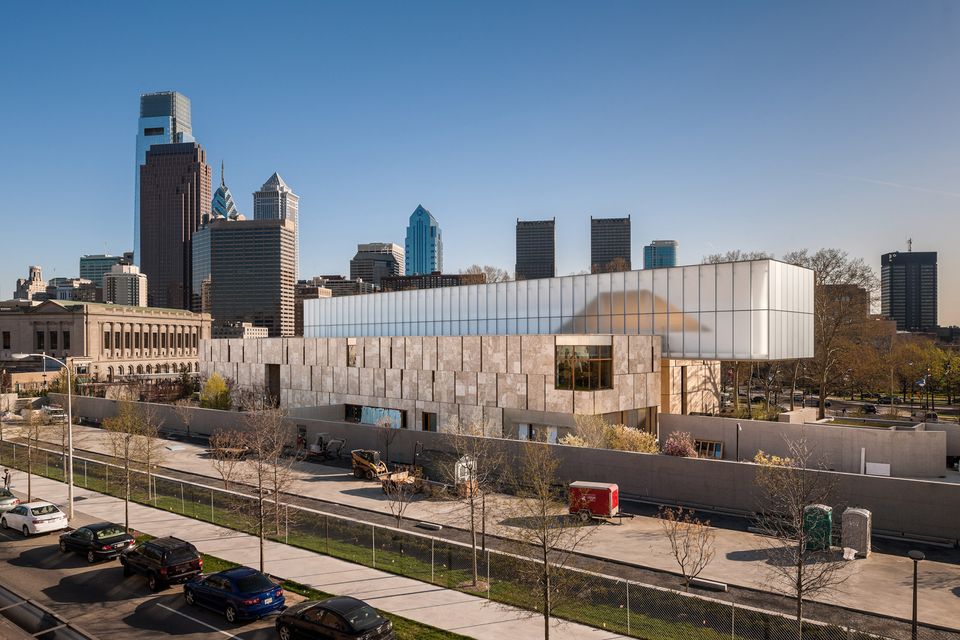 The recent auction exhumes a bitter dispute dating back to 1990 between the foundation’s management and students in its art education programme, which was developed by Albert Barnes and taught in the Merion galleries.

The foundation argued then that its financial woes made a relocation to downtown Philadelphia necessary. The students countered that Barnes himself had said objects in his living quarters in Merion and his rural Pennsylvania farm Ker-Feal (which is rarely open, and by appointment only) could be sold to keep the educational programme going or to avoid moving the collection.

At the time, management said that objects in Ker-Feal, which is filled with furniture and ironwork, were crucial to the foundation’s three-campus conception, with the contents reflecting the collector’s taste. The judge in the case was sceptical about the feasibility of running the Merion and Ker-Feal properties as well as the new museum in Philadelphia, but permitted the foundation to move. Now, the former students say, the foundation has sold what it once claimed were essential objects.

The foundation’s spokeswoman says: “Although Dr Barnes specified that these items [in the auction] be sold, we retained objects that relate strongly to our history and the collection, are of high quality and rarity, or are of value to our special exhibition and education programmes.”

“They don’t want to deal with what happened last time,” says Nicholas Tinari, an alumnus of the art appreciation programme who led the court battle in the 1990s. “They’re shifting their mission, and I guess you like to do that as quietly as possible.”