The museum in the Pigalle red light district closed its doors, but you can take home one of its naughty objects

Many of the objects from the collection focus on fin-de-siècle and jazz-age naughtiness in the shadier salons of the City of Light, and much of it is raunchy, vulgar, and in-your-face (among other body parts). But for niche collectors, particularly of Asian and tribal arts, some of the works are worth a second look. Acquired over years of globetrotting by the museum’s owners, the antiques dealer Alain Plumey and the French teacher Jo Khalifa, they range from a Tibetan tanka and a delicately drawn Sikkimese bamboo folding bedside book, to male and female votive figures in sculpted wood and terracotta from Indonesia, Africa and South America. 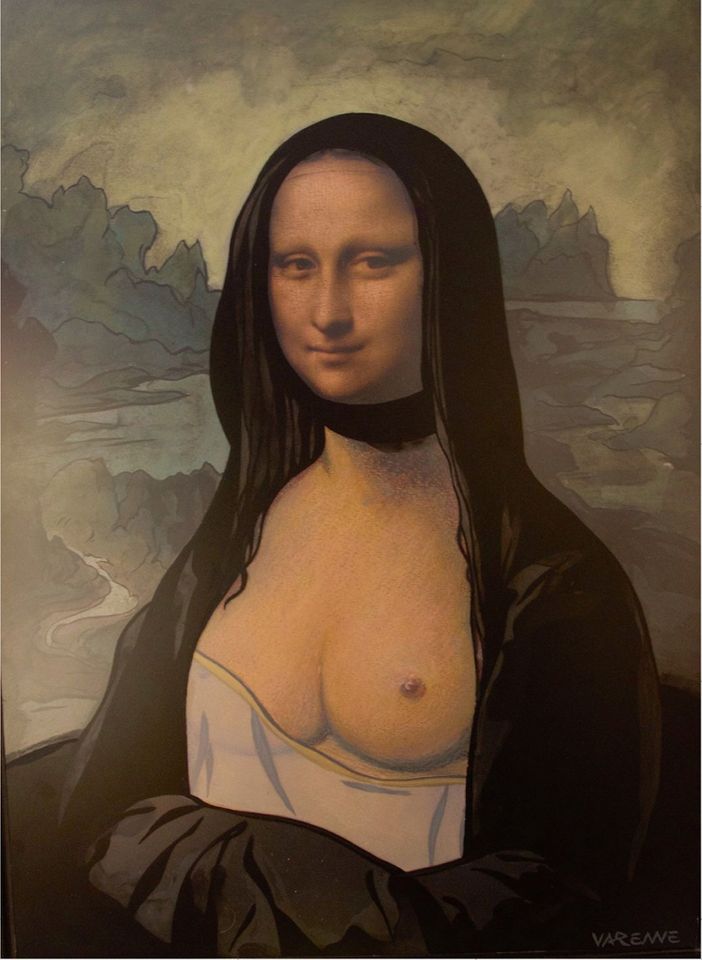 Few of the lots carry estimates that go beyond a few hundred euros, but among those that do, a set of ink-on-paper satirical—and satyrical—drawings by the cartoonist Georges Wolinski, who died last year, is witty and not over-priced at an estimated €1,200 to €1,500 each. And a few pieces can lay genuine claims to merit, notably an anonymous life-sized bronze statue, Erotik Robotik—a sort of Leda and the Swan with a difference—estimated at €7,000 to €8,000.