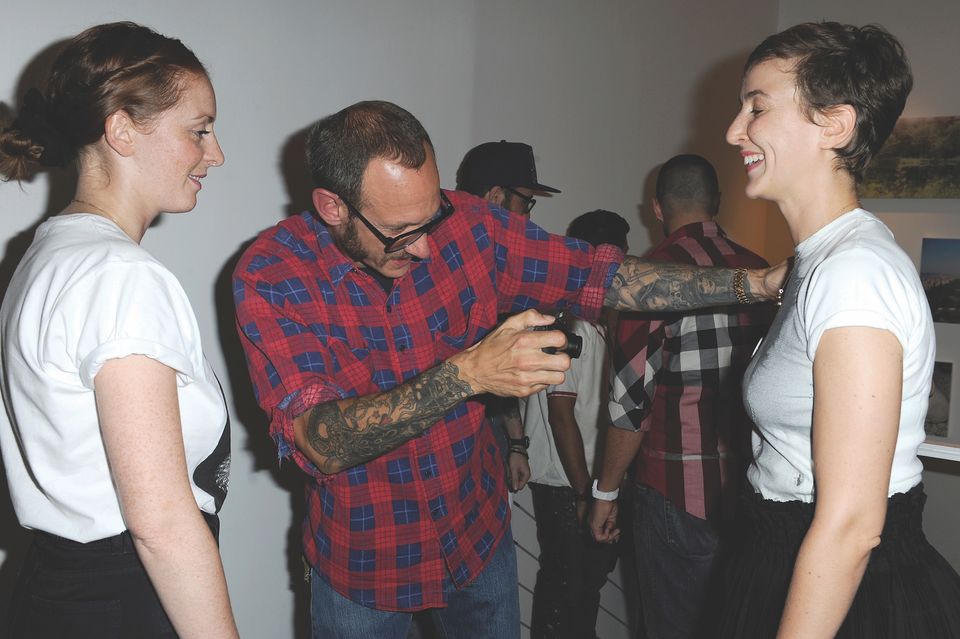 Condé Nast will no longer use the US fashion photographer Terry Richardson—and some galleries are now unwilling to show his work. Photo: Kristy Sparow/WireImage

The art world’s has had its liberal tendencies tested in recent weeks by accusations of sexual misconduct within its ranks. From the resignation of Knight Landesman, the publisher of Artforum, when details of his behaviour with young women came to light, to the removal of Benjamin Genocchio as the director of the Armory Show in New York, after new accusations joined claims relating to his former positions at Artnet and Louise Blouin Media, the events have put a spotlight on the grey areas where creativity and commerce meet.

After years of turning a blind eye, companies are taking swift action. The publisher Condé Nast—its magazines include Vogue, Vanity Fair and GQ—announced at the end of October that it would no longer work with the US fashion photographer Terry Richardson. Although Richardson has long been known for preying on young models, it was only after the Harvey Weinstein harassment scandal that action was taken. Richardson’s spokeswoman has conceded that his images are “explicit” and “sexual” but insists that the photographer’s shoots were carried out on a consensual basis.

“It is not news to the industry that Terry Richardson acted inappropriately and irresponsibly towards his models; he even boasted about it publicly,” says Brett Rogers, the director of London’s Photographers’ Gallery (which has never exhibited Richardson’s work). “I am only shocked that it has taken so long for such official condemnation to happen.”

Asked if the allegations against Richardson will influence any future decision to exhibit his work, Rogers says: “Of course. We have a duty as an industry to seize every opportunity to come down really hard on any abuse or exploitation of positions of power, especially towards those who are vulnerable, such as young women.”

The KW Institute for Contemporary Art in Berlin, which staged a solo show, Terry Richardson: Too Much (2003-04), organised by the fashion brand Sisley, will not exhibit his work again. “It is unethical and wrong to include works by an artist accused of harassment,” says Krist Gruijthuijsen, the institute’s director. “Hence, the policy is clear if accusations like this are public.”

This view is shared by Florence Bourgeois, the director of Paris Photo. Speaking before the fair in November, Bourgeois said: “It is obvious that if the moral probity of an artist is clearly suspected, the project of said artist would not be retained.”

Richardson first exhibited at the now defunct Alleged Gallery in New York in 1998, followed by a show at Perrotin in Paris in 1999, and has continued to work with the latter gallery on selected projects. In New York, Jeffrey Deitch staged the sensational exhibition Terryworld at Deitch Projects in 2004.

Deitch also included the artist’s work (in one case, mementoes and juvenilia; in the other, photographs of James Franco in drag) in shows at the Museum of Contemporary Art, Los Angeles between 2010 and 2013, during his tenure as the museum’s director.

Richardson has also been shown at OhWow in Los Angeles and at Half Gallery in New York. The dealers declined to comment for this article, although Deitch shared misgivings about the Terryworld experience in his 2014 book Live the Art.

Not everyone is quick to condemn Richardson’s work. “I hope to still be capable of forging my own opinion,” says François Hébel, the artistic director of the Bologna-based photography biennial Foto Industria and the former director of Les Rencontres d’Arles photography festival. “I’ve always tried to slide into my programmes elements that allow those who want to, to modestly explore a political reflection on our societies,” says Hébel, who has never shown Richardson’s work.

There can be a fine line between shunning exploitative artistic practice and censorship. As Rogers says: “We have a duty to consider the implications of the work and the photographers we show, but that does not mean we should shy away from presenting work that raises uncomfortable or challenging issues, such as Leigh Ledare’s work dealing with the sex life of his mother or the confrontational images in Broomberg & Chanarin’s War Primer 2.”

Long, hard look in the mirror

James Danziger—who included Richardson’s work in the 2011 show The Kate Moss Portfolio and Other Stories, in his eponymous gallery in New York—calls for stronger ethics in fashion photography. “If every photographer was blacklisted who persuaded reluctant models, female or male, to take off their clothes and pose in a sexually suggestive manner, there would be no photographers left,” Danziger says. “So the particular case of Terry Richardson begs an examination of everyone involved on every side of fashion photography.”

Some say the economics of the culture industry reinforce discomfiting dynamics. “The art world is dominated by wealth and power, which leaves many feeling powerless in its presence,” says the dealer Sara Kay, who launched her eponymous New York gallery in September with a focus on female artists and collectors.

“We need more regulations, ethics and respect in the art world, and that will only occur when we address the issues from their core”, Kay says, “We need to keep the conversation going and growing.”