She’s got the look: where to find self-portraits, a jeune fille, muses and an unmerry widow at Art Basel

For as long as people have been making art, they have depicted the female form. But muses are no longer just nameless pretty faces without histories of their own. Here, we pull back the curtain on five dramatic portraits at Art Basel that span the 20th century. The works trace the evolution of the representation of women from object of obsession to mistresses of their own fate. 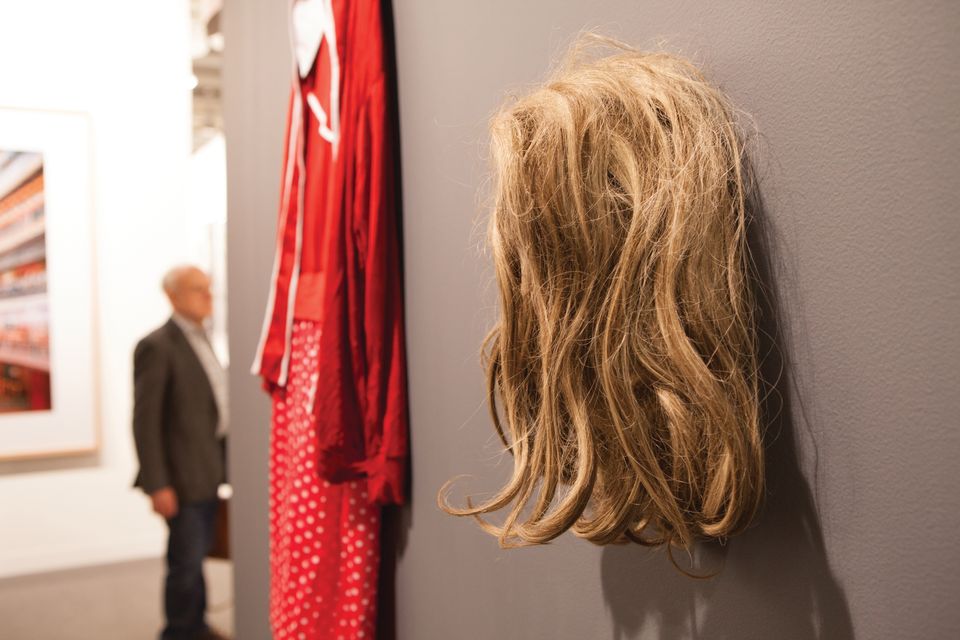 Lynn Hershman Leeson, Roberta Breitmore series (1974-1978) The US artist Lynn Hershman Leeson takes portraiture to an extreme. Leeson, who is interested in the malleability of identity, lived as her alter ego Roberta Breitmore between 1974 and 1978. “She went to therapy and looked for roommates as Roberta,” says the dealer Patrick Waldburger. The gallery is showing Roberta’s original costume alongside photographs and documentation of the years-long performance ($10,000-$45,000).• Waldburger Wouters 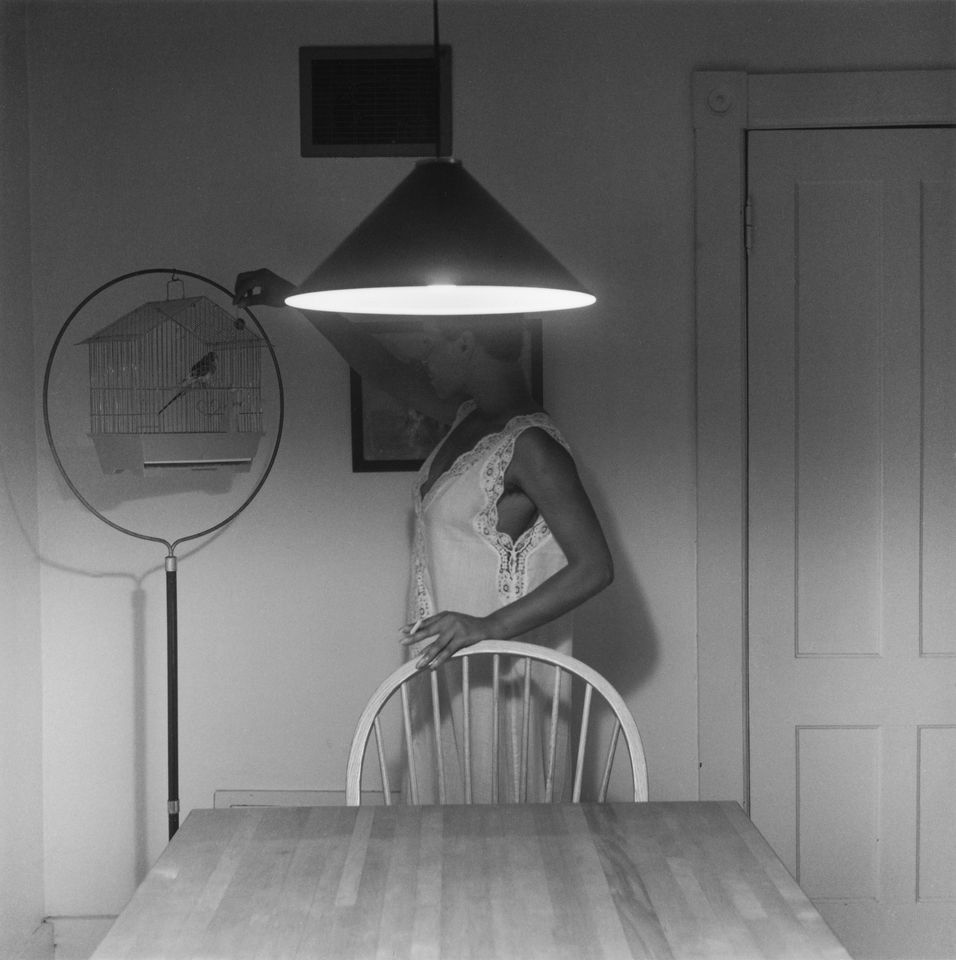 Carrie Mae Weems, Untitled (Woman feeding bird) (1990) This is the only image from Weems’s most famous body of work, The Kitchen Table Series, still available on the primary market. The 20 photographs capture the daily life of a woman as she reads with her daughter, fights with her partner and drinks with friends. Weems told W magazine in April: “I think the [Kitchen Table] images are more current now than ever before, and I’m still very much aware of the ways in which women are discounted.” The work is priced at $50,000.• Jack Shainman Gallery 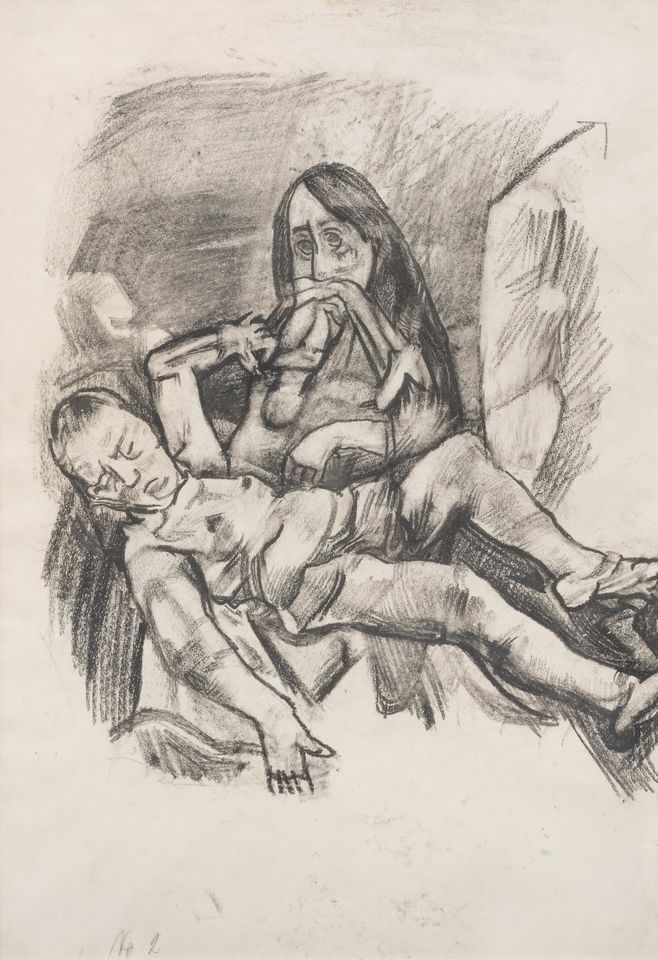 Oskar Kokoschka, Pietà—“It is Enough” (1914) In his early 20s, Kokoschka had a tortured love affair with Alma Mahler, the widow of the composer Gustav Mahler and the “most beautiful woman in Vienna”, according to the dealer Jane Kallir. The Austrian artist completed this series as their relationship was falling apart—and shortly before he commissioned a life-size, anatomically correct doll to remember her by. This charcoal drawing (just over $200,000) was included in an exhibition at Vienna’s Belvedere Museum (The Women of Klimt, Schiele and Kokoschka) earlier this year.• Galerie St. Etienne 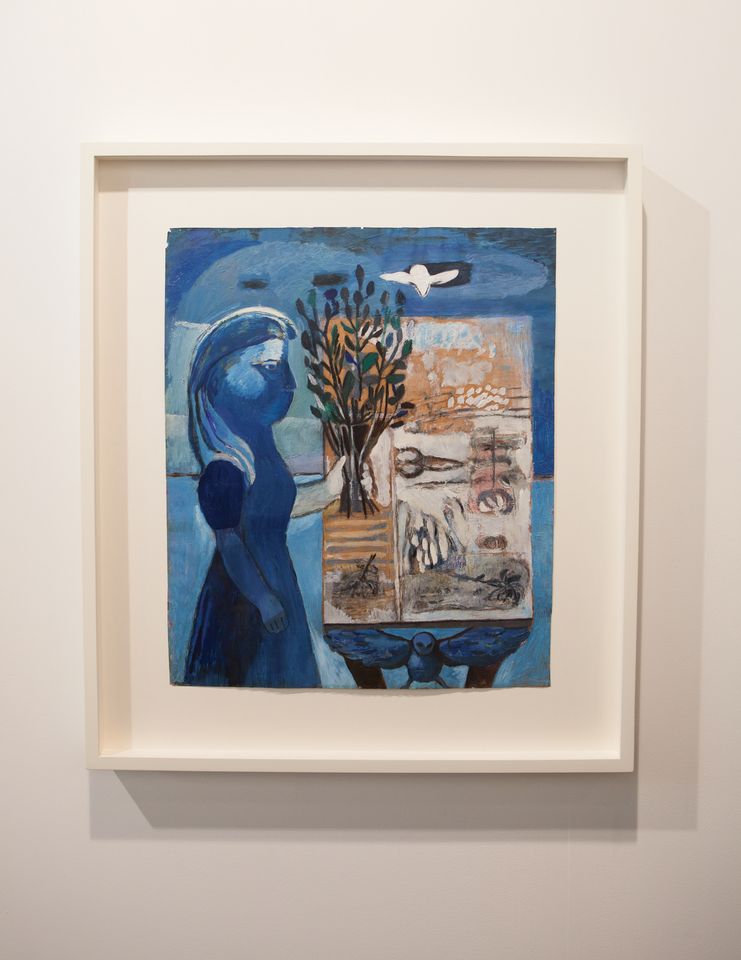 Louise Bourgeois, New Orleans (1946) Bourgeois, who had two painting shows before she became a sculptor, completed this rare oil self-portrait soon after she moved to New York from Paris. The objects on the table next to her, including scissors and bones, would go on to become motifs in her sculpture. The painting (priced at €1.25m) sold at Christie’s in 2014 for $701,000.• Galerie Karsten Greve 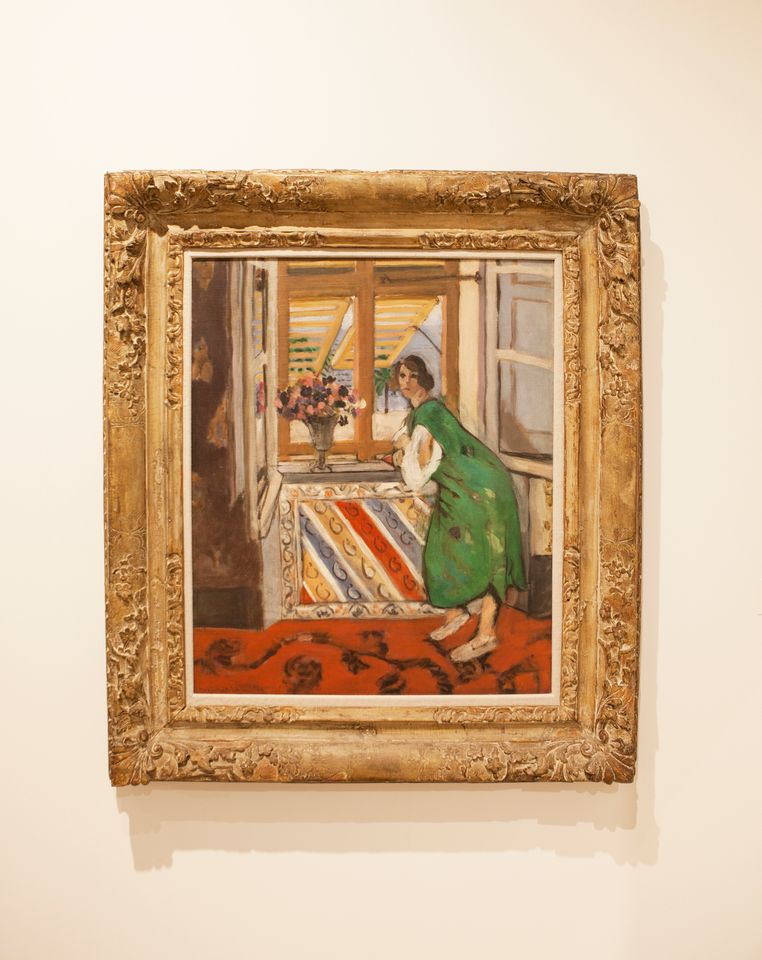 Henri Matisse, Jeune fille à la mauresque, robe verte (1922) This is one of Matisse’s first portraits of the model Henriette Darricarrère, who caught the artist’s eye while posing as a ballerina in a film studio in Nice. She was his principal model during the 1920s, and in this work can be seen posing in his new apartment. The work was once owned by the Museum of Modern Art, New York, which sold it at auction toward the end of the Second World War. It is on sale for $10m, according to the gallery’s co-director Robert Delaney.• Bernard Jacobson Gallery