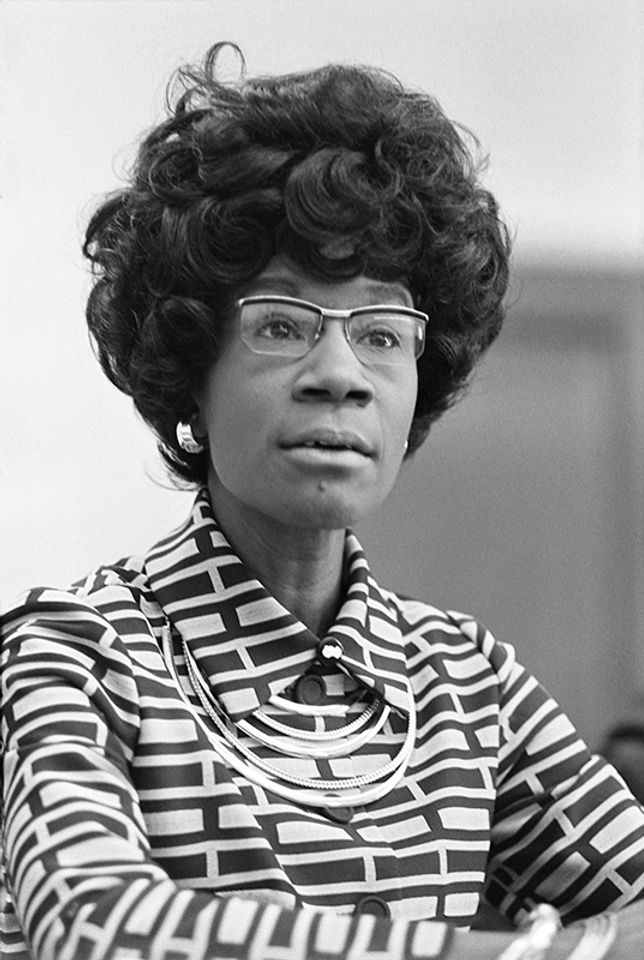 Shirley Chisholm announcing her candidacy for the US House of Representatives Thomas J. O'Halloran, U.S. News & World Reports; courtesy of the Library of Congress

Fifty years after she was elected to the House of Representatives as the first black congresswoman in US history, Shirley Chisholm has earned another “first”. This morning (30 November), she was announced as the inaugural subject for New York City’s new She Built NYC initiative, which will create public monuments commemorating New York City women “who have changed history”. The news comes on an auspicious date: Chisholm’s birthday. (The Congresswoman, who died at 80 in 2005, would have been 94 years old today.)

The city-funded initiative was launched in June and follows a nation-wide re-examination of public monuments to problematic historical figures. A New York City commission was formed by Mayor Bill de Blasio last year to review statues, monuments and street names that could be “symbols of hate”; in January, he announced that a statue in Central Park of J. Marion Sims, a gynaecologist who brutally experimented on enslaved women in the early 19th century, would be removed after a commission review.

Chisholm, one of 1,812 individuals proposed by members of the public, was selected by an advisory committee chaired by Pauline Toole, the commissioner of the New York City Department of Records and Information Services. The artist who will design the monument is to be announced early next year. The monument, which will be placed at the Parkside entrance to Prospect Park in Brooklyn, Chisholm’s home borough, is due to be unveiled at the end of 2020.

The selection of Chisholm aligns with the top three terms that came up in submissions for the monument: “first”, then “leader”, then “advocate”. In addition to being the first black congresswoman, elected to represent New York’s 12th Congressional District in 1968 and serving until 1982, she was the first woman to run for the Democratic Party’s presidential nomination and the first black major-party candidate to run for president, in the 1972 election. Her accomplishments in Congress include co-founding the Black Congressional Caucus and helping to create the Special Supplemental Nutrition Program for Women, Infants and Children and to pass Title IX, which bars sex discrimination in educational programs that receive federal funds.

“Congresswoman Shirley Chisholm’s legacy of leadership and activism has paved the way for thousands of women to seek public office,” New York’s first lady, Chirlane McCray, said in a statement. “She is exactly the kind of New York woman whose contributions should be honoured with representation in our public spaces, and that is now being realised with She Built NYC.”

“Monuments in New York City’s public spaces do not reflect the full breadth of our rich history and diverse population, and that’s something we’re committed to changing,” Tom Finkelpearl, New York’s cultural affairs commissioner, said in a statement. New York City’s Department of Cultural Affairs has pledged up to $10m for the next four years for new monuments and commemorations.

“From standing up to Congressional leadership to taking bold bipartisan action, Representative Chisholm made sure everyone knew she was ‘unbought and unbossed’,” Alicia Glen, deputy mayor for housing and economic development, said in a statement, referring to Chisholm’s slogan and the title of her 1970 book. “There is no one more deserving than Representative Chisholm of a statue honouring her life and legacy; may New Yorkers of all backgrounds be inspired by her story.”