Should museums display human remains from other cultures?

The Weltmuseum argues that its Brazilian object was meant for public presentation Weltmuseum Wien, © KHM-Museumsverband

The newly opened Weltmuseum in Vienna has come under fire for displaying a severed head from Brazil—a war trophy that had belonged to the Munduruku people.

Many scholars criticised the presentation, saying that the museum gave neither information about the person to whom the head once belonged, nor on how it had come to Europe. The museum argues it is following International Council of Museums (Icom) guidelines, but has agreed to improve the information it provides on the object.

“These trophy heads are objects designed for public presentation,” says Claudia Augustat, a curator at the Weltmuseum. “From the point of view of the Munduruku, there is no objection to presenting them in an exhibition. I am well aware that the descendants of the group from which the head was acquired could see this differently. But the origins of the trophy head are not known.” 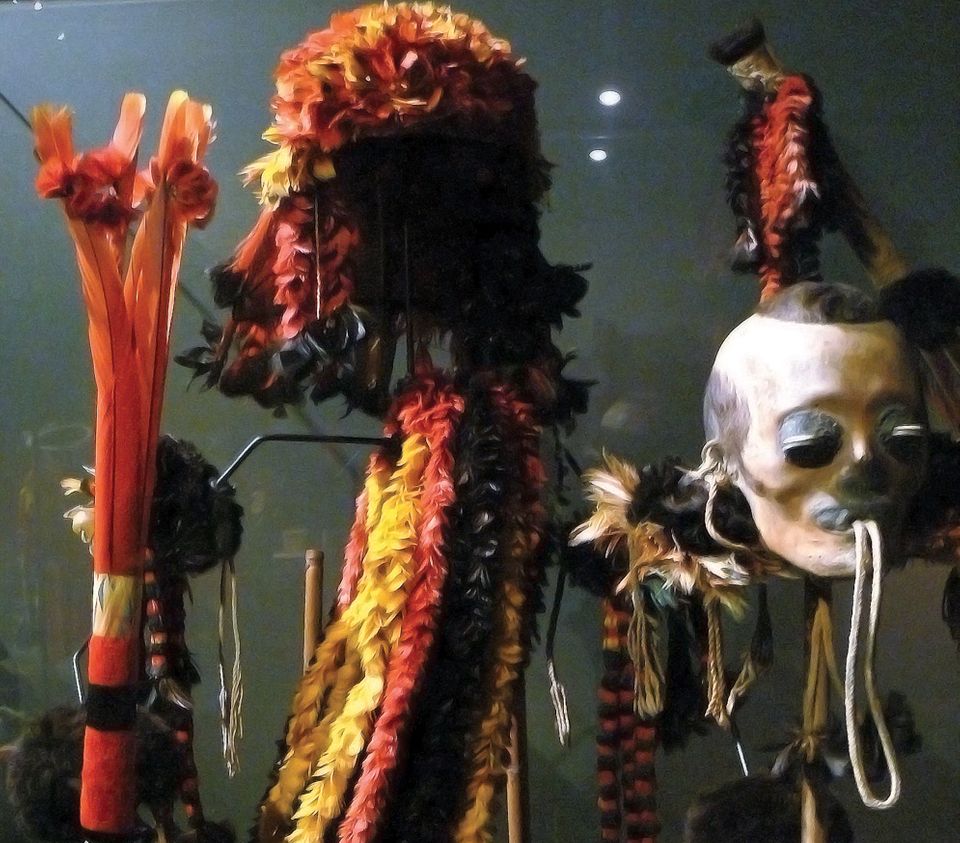 The uproar comes as the issue of scalps, shrunken heads, mummies, flutes made of human bones and other human remains in modern collections gains prominence in the German-speaking world, where universities and museums have large stores of such items, much of it shipped home by 19th-century explorers, race researchers and anthropologists. The issue is often treated in the context of a wider debate on how the colonial past is reflected in museums.

The discussion in Germany and Austria follows similar debates in France and the UK over the past 15 years, sparked by a rise in the number of demands for the return of human remains to their communities of origin, usually non-European and often former colonies.

In its 2004 ethics code, Icom included a call for museums to show respect and sensitivity in presenting human remains and in handling restitution requests. But what exactly does that mean? As the case of the disembodied head at the Weltmuseum reveals, it is open to interpretation.

Claudia von Selle, a Berlin lawyer who specialises in art and cultural property, helped to draw up guidelines for German museums on the presentation and restitution of human remains in 2013.

“We got to the limits of what the law can achieve in this area quite quickly,” she says. “We had to consult with various experts in ethics.” In the past 18 months, she says the number of queries from museums on the subject has risen considerably.

The Staatliche Kunstsammlungen Dresden (SKD, Dresden State Art Collections) returned human remains for the first time in October. The bones, taken from graves more than 100 years ago against the wishes of the community in Hawaii from which they originated, were returned to a group caring for the ancestors of Hawaii and the Office of Hawaiian Affairs in a ceremony in Dresden.

Dresden has 6,000 human skulls and remains in its collection, says Nanette Snoep, the director of the city’s Ethnology Museum. It has had enquiries from groups in Australia, Namibia and New Zealand and hopes to return more items in the coming years. “We believe that they have no place in a museum,” Snoep says. But the question of returning human remains can be a complex one if the origins are unclear, Von Selle says. “The claimants are not usually the families, and you have to be very careful about whom you give objects back to.”

In October, the Stiftung Preussischer Kulturbesitz (SPK, Prussian Cultural Heritage Foundation), the body that oversees Berlin’s museums, began a research project to investigate the origins of around 1,000 skulls it inherited from the Charité hospital in Berlin. The skulls are known to have originated from German colonies in east Africa, a region that now encompasses Rwanda, Tanzania, Burundi and Mozambique.

The two-year project, funded by the Gerda Henkel Foundation, is intended as a “model for future research into the provenance of human remains in the custody of the Museum of Pre-History and Early History”, according to a statement from the foundation. “Restitution decisions will depend on the results of the research,” it added .

Consensus seems to have been reached on at least one aspect of this issue: the trade in human remains is unacceptable. The Dorotheum auction house in Vienna withdrew 15 objects involving human remains from its Tribal Art auction in October. “We regret having upset people and hurting their feelings. That was not our intention at all,” the auction house said in a statement.