Signs of the times: museums and libraries preserve placards from the Women’s Marches

Did you carry a colourful, witty or incisive sign to one of the many women’s marches around the world on 21 January? Don’t throw it out—donate it. Institutions including the New-York Historical Society, the Bishopsgate Institute in London and the Smithsonian’s National Museum of American History in Washington, DC, are looking to preserve some of the signs held high by millions of protesters the day after the inauguration of US president Donald Trump.

Stefan Dickers, the special collections and archives manager at the Bishopsgate Institute, said on Monday that the cultural organisation had already received between 50 and 100 photographs, leaflets and signs from protesters who participated in the London march. Over the next few weeks, he expects many more will answer the call for submissions the institute put out on Twitter. The signs will join its archive of radical history and activism, which stretches back to the 1800s.

“We decided almost on the day that we should put out a call about this one,” Dickers says. “You see on the placards the issues that people are most concerned about.”

The New-York Historical Society collected around 20 signs from marches in Washington, DC, and New York as well as protest art by collectives that formed in response to the election. Among the new additions to the collection are sashes by Victory Garden, a New York-based women’s art collective, that read Miss Represented, Miss Governed, and Miss Understood.

Curators from the Smithsonian’s National Museum of American History, meanwhile, have been on the road collecting artefacts throughout the 2016 US presidential campaign. A spokeswoman says that the institution’s political history curators were walking around the National Mall on Friday during the inauguration and on Saturday during the march to identify objects that best capture the political moment.

After the marches, many protesters left their signs in piles in front of the White House and New York’s Trump Tower, creating a gallery of slogans ranging from “Girls just want to have fundamental rights” to “You’re so vain, I bet you think this march is about you”, referring to the famous Carly Simon song. (There is no word on whether any of the placards created for the Antarctica chapter of the march, such as Penguins for Peace and Seals for Science, will be submitted for posterity.)

Philadelphia’s march—which drew a comparatively modest 50,000 people—may be the best preserved of them all, thanks to one local organisation. “The women’s march on Philadelphia seemed like an important event in the history of the city,” says Margery Sly, the director of the Temple Libraries’ Special Collections Research Center. “We connected with the organising committee several weeks ago and told them we wanted to become their archive.”

The research centre’s staff has preserved the march’s Facebook feed, minutes from planning meetings and more than 100 signs that were carried by protesters. Sly also intends to assemble oral histories from participants and organisers. She is considering creating a capsule presentation to showcase the material as part of a larger exhibition this spring on counter culture from the 1960s to the present.

“The main thing as archivists is to make sure this stuff survives,” Stefan Dickers says. “We want people to see this material not only in 100 years, but also next month, so it can be used as a model of activism for the future.” 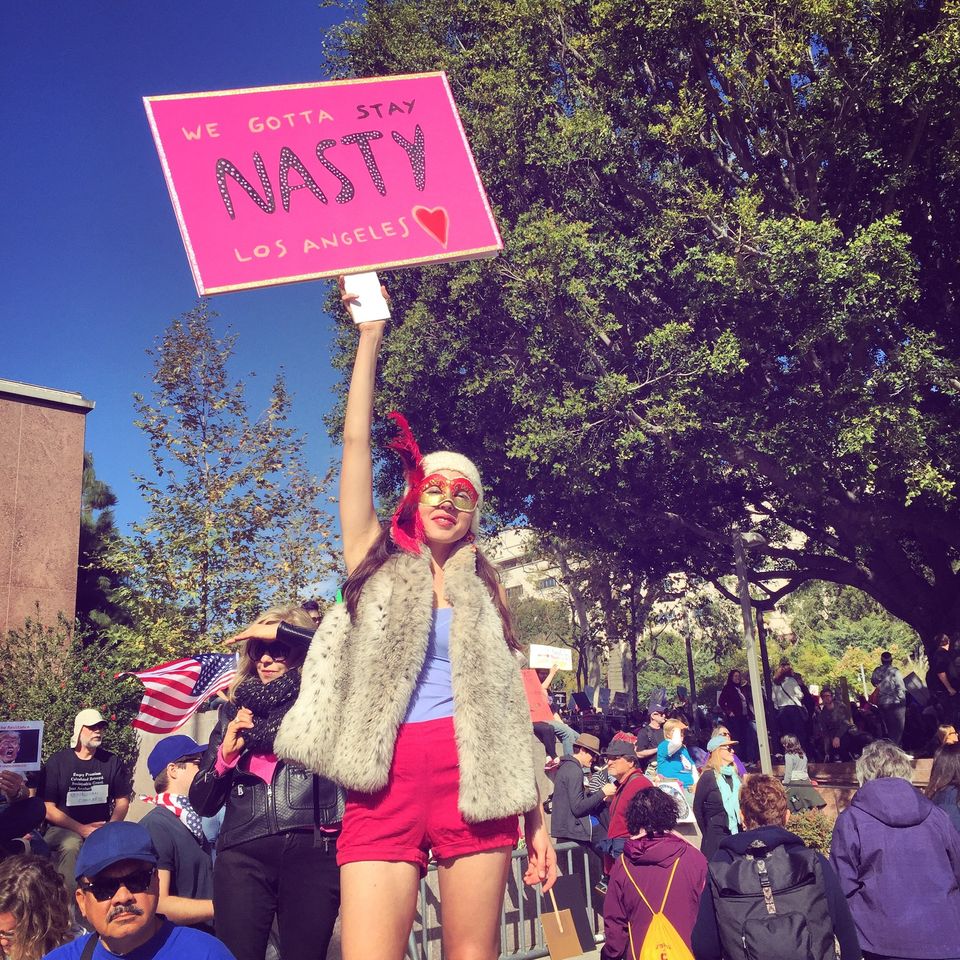