From hot new thing to 'cryptowinter' chill: sizing up fractional ownership of art

Companies are offering shares in works by artists from Monet to Warhol through crypto tokens, but the jury is out as to the benefits for investors 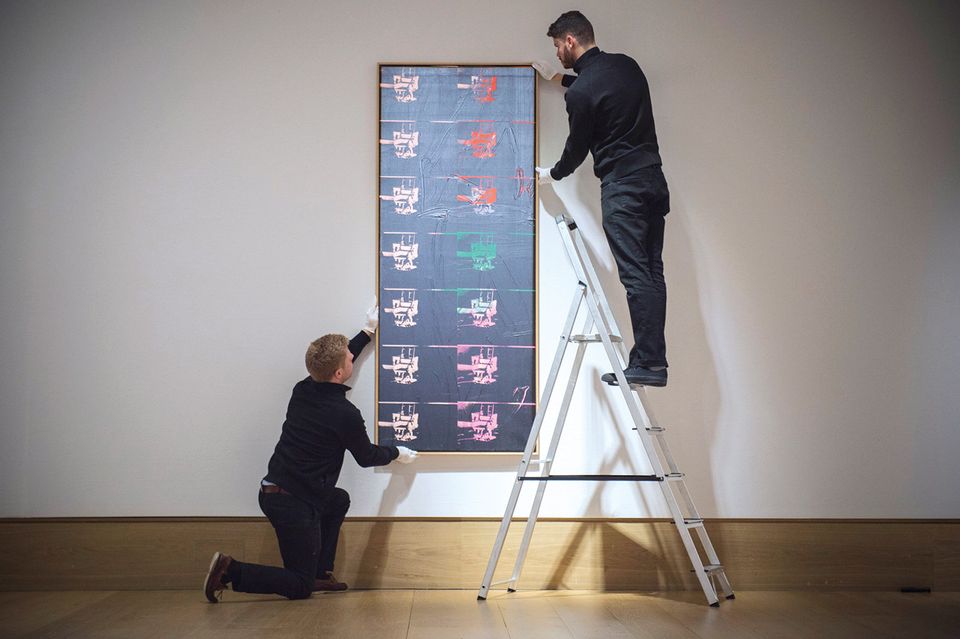 Just two years ago, blockchain and art-focused companies using this technology were the hottest topic around. Numerous conferences were organised explaining what blockchain was, supported and attended by start-ups in the field. These companies—often, but not always, founded by newcomers to the art world—offered new ways of registering, recording and marking art, as well as offering “fractional investment”, generally with their own cryptocurrency.

Things have changed considerably. During the “cryptowinter” between December 2017 and February 2018, the price of bitcoin fell by nearly 70%. This had a chilling effect on companies that had launched their own cryptocurrencies and were hoping to make Initial Coin Offerings (ICOs) to raise money—selling their cryptos for “fiat” currencies (government-issued money). How have these online start-ups fared since then?

The firm sold 31.5% of Warhol’s 14 Small Electric Chairs (1980) in 2018. Since then the firm has said via the instant messenger service Telegram that a Picasso would be auctioned next. However, in late January Maecenas announced: “We originally intended for the next auction to happen in March, but this date is unlikely now… we’re not stuck, we’re making progress.” The firm originally said it would only buy works valued above $1m. However this figure appears to have been revised downwards to “in excess of $500,000”. Maecenas has its own exchange, Atex, on which WHRL1 tokens—representing the fractions bought of the Warhol—can be traded, along with other exchanges, although volumes appear to be minimal.

Another fractional ownership firm, ArtSquare, has abandoned the ICO route, and so far has raised about £500,000 through a traditional equity round. It issues tokens—DAS—which represent the fractions of works sold. At the moment just one work, a 1984 Andy Warhol screen print Kiku (value given as €28,000) has been tokenised, with two others “ready to be tokenised”—an Alighiero Boetti and a Keith Haring. The firm says that it will open an exchange to trade the tokens “within this quarter”.

London-based company Feral Horses told The Art Newspaper that to date it has sold shares in 22 works of art for around $500,000. Some are completely sold, others partly so: the works are sourced from “artists’ studios, art galleries or private collectors”. A sculpture, Habemus Hominem by Jago, is valued at £180,000 on the site, and has 1,100 co-owners; other works are by Banksy and Patrick Hughes—the latter sourced from London dealer Alon Zakaim.

Washington-state based Look Lateral which tags works of art, also plans a blockchain-enabled exchange platform for fractional ownership, Fimart which will be based in Switzerland and according to its chief executive Niccolò Filippo Veneri Savoia, “could be launched this year” .

Look Lateral sold Look tokens as equities of the company, but messages on Telegram show some frustration and impatience from those who bought them as well as tokens in Maecenas. As one person noted on a Telegram channel: “With every crypto company, no one gives you solid evidence. You have to believe in what they say.” Savoia says some initial purchasers of Look tokens are angry because the nature and legal framework of the tokens was changed in accordance of securities and exchange commission guidelines; he says the firm is trying to find a solution.

A different model is that of the US-based Masterworks, which buys the works of art and then sells shares in them. It has financing from Loup Ventures, and is registered and qualified by the Securities and Exchange Commission (SEC). The inventory includes Warhol’s 1 Colored Marilyn (Reversal Series)—bought for $1.85m in November 2017—and Claude Monet’s Coup de Vent (1881), bought in June 2018 for about $6.3m. “We’ve had several other offerings outside these, but we no longer disclose them publicly,” the founder Scott Lynn says. “We are now on our seventh offering of a $1m-plus painting since we first launched the Warhol last May.” He adds that an exchange would be launched at a future date.

Apart from Masterworks and Maecenas, the other fractional ownership firms appear to be trading in extremely low value works of art, with investments starting in the single digits. The artists are often not well-known, or for the better-known names, the works are multiples. All seem to have reined in initial ambitions, with postponement of their own exchanges in many cases. Feral Horses posts the percentage increase or loss in the value of some of its offerings, when owners resell their shares on the platform: these vary from about -5% to about +15%, on very low value amounts.

It is too early to come to a definite conclusion about these and other ventures, because the excessive optimism of the launches has not yet been fulfilled. Messages on Telegram show some frustration and impatience from those who bought tokens in Maecenas or Look Lateral. As one person noted on the Look Lateral channel: “With every crypto company, no one gives you solid evidence. You have to believe in what they say.”

about 15 hours ago
Lockdown easing: the best gallery shows to see in London right now