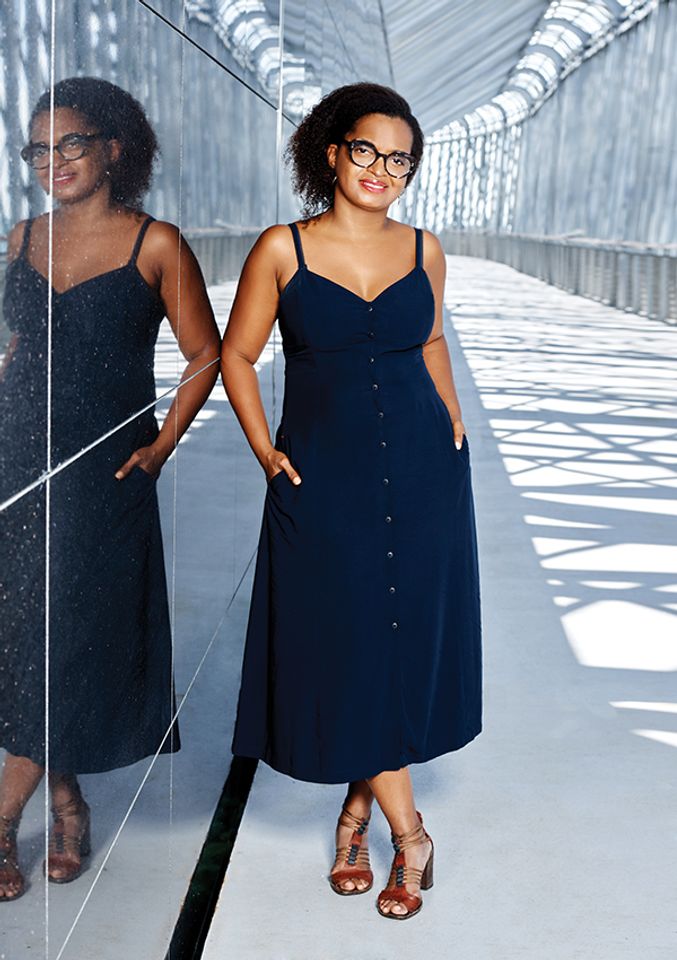 Laurella Yssap-Rincon, the director of Mémorial ACTe (MACTe), a memorial and culture centre dedicated to the memory of the slave trade in Pointe-à-Pitre on the French Caribbean Island of Guadeloupe, was fired on 22 July after a run-in with the institution's board and the regional government.

In her letter of dismissal, Georges Bredent, the chairman of the board, accuses Rincon of “a certain opacity in management,” “complaints of authoritarian practises”, and “improper interviews” given to the media. Rincon had already been suspended for four months last March. She filed a motion for annulment and a complaint for libel claiming that the board, which was due to be replaced in June, is no longer legitimate.

Rincon believes that the real reason for her sacking was her discovery of a missing €420,000 from the museum’s budget. The former director tells The Art Newspaper that she was “surprised to discover that ticket sales presented for the second semester of 2019, managed by the regional council, amounted to only €330,000, despite the successful exhibition Black Model, which travelled from the Musée d'Orsay in Paris.” She says: “After the accounts were checked, it appeared that sales actually amounted to over €750,000—the figure was corrected nine months later. But the missing €420,000 failed to come back despite repeated requests.”

She reported this omission to the district attorney, who had already launched a preliminary investigation in June 2019 examining financial discrepancies in the first four years of the memorial’s existence.

Upon her arrival in October 2019, Rincon vowed to “correct the mismanagement” of the memorial. She estimates that some €5m may have gone missing from the proceeds of ticket sales since its opening in 2015. She also claims that by the end of 2020, the region had only provided half of the subsidy allocated for the year, leaving the institution “asphyxiated”.

MACTe, which was inaugurated as part of Unesco's Slave Route Project, has been billed as one of the world's largest slavery memorials in the world. But the initial €21m construction budget ballooned to €83m, triggering criticism from the state's court of audit over costs and irregularities.

Further tension with the chairman arose when Rincon resisted his attempt to play an executive role at the museum and refused to grant him an office due to a lack of space for staff, which became critical during the Covid-19 crisis. She also refused to hire the region’s president's former cabinet chief, a funeral embalmer called Rodrigue Solitude, as her deputy. She argued that she was unable to pay the associated €140,000 salary and related costs.

Solitude's name has since appeared in another criminal investigation centred around a €450,000 subsidy by the region to a factory producing Covid masks. He has denied being involved in the company and any wrongdoing.

The region’s president, Ary Chalus, declined to comment for this article. However, prior to his re-election in June, Chalus described these claims in the local press as an “attempt to slander him”.

Bredent told local press at the time that her failure to offer him an office was a clear sign of her “authoritarianism and attempt to minimise the role of the board and its chair, making the institution ungovernable”. He declined to comment for this article.

Almost 100 artists and cultural figures have signed a petition denouncing the “ignominy of a witch hunt whose only goal is to get rid of a Guadeloupean curator” who resisted the “instrumentalisation of arts and culture” by local politics. They wrote a letter to the French culture minister Roselyne Bachelot demanding Rincon’s reinstatement. Since last March, the memorial has been closed, with a third of the employees refusing to work for sanitary reasons.

France colonised Guadeloupe in 1635 with the first slaves arriving in 1644 to work on the colonists' plantations. In 1946 it became an overseas department of France, gaining greater autonomy through violent struggles since the 1950s. The inauguration of the memorial by the then French president François Hollande in 2015 was met with protests against the French presence at the event.