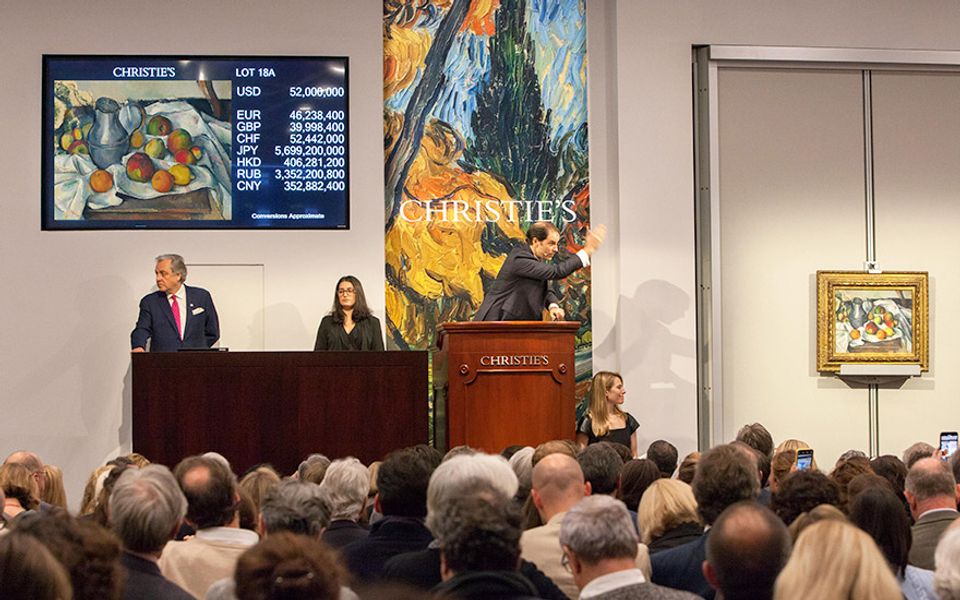 Despite a rocky day on the stock market due to the ongoing US-China trade war, Christie’s Impressionist and Modern evening sale in New York was smooth sailing last night, netting $343.3m ($399m with fees) with 86% of lots sold—a solid result to kick off the city's so-called auction Giga week.

The result falls short of last year’s top-lot heavy $416m sale, although there was almost twice as much work on offer last night. Yet, boasting a lot of fresh-to-market work—much of which hailed from pedigreed private collections like that of the magazine magnate Si Newhouse and Texas petrol princess Titi Von Furstenberg—with a wide range of lower estimates under $10m, bidders both in the room and on the phone came ready to buy.

Only around a dozen of the lots sold for above their estimates, suggesting that the works were well priced, and eight lots were guaranteed (six by third parties and two in house) including all five of the works from the Newhouse collection.

“There were no disappointments on big lots and even lesser Impressionist paintings did fine by and large,” says Barbara Guggenheim of the California-based advisory firm Guggenheim Asher Associates. Among the big-but-bland lots that fared well was Cézanne’s Boulloire et fruits (1888-90), a nice but not retrospective-worthy still life by the Post-Impressionist painter from the Newhouse collection that hammered at $52m ($59.3m with fees), exceeding its pre-sale estimate of around $40m. Van Gogh’s Arbes dans le jardin de l’asile (1889)—one of the guaranteed works—had never appeared on the auction block before. Though small and unconventional, it brought in $35m ($40m with fees) on a $20m estimate, going to a phone bidder on the line with Capera Ryan, Christie's Dallas-based deputy chairman.

The Monet lots were the ones to watch, what with his Meules (1890) hitting the block at Sotheby’s tonight—the haystack painting has an estimate of $55m. Of the five offered at Christie’s last night, one was bought in, but the rest hit their estimates head-on. Notably, Coin du basin aux nymphéas (1918-19), an unusually dark water lily panorama which was oddly of portrait dimensions, hammered at $19m ($21.8m with fees). A footbridge painting, Le pont japonais (1918-24) scraped its low estimate of $12m and the river scene Le Palais Dario (1908) fetched squarely within its estimate at $5.8m ($6.8m with fees).

Whether these estimates hold water is another matter, according to Frederick Clark, the director of New York’s Findlay Galleries. “[Monet’s] market is so mixed. I think Le Palais Dario was a significantly better buy than Le pont japonais—that later series of footbridge paintings was executed during the absolute nadir of his vision problems, when he admitted he could scarcely differentiate colours,” he says. 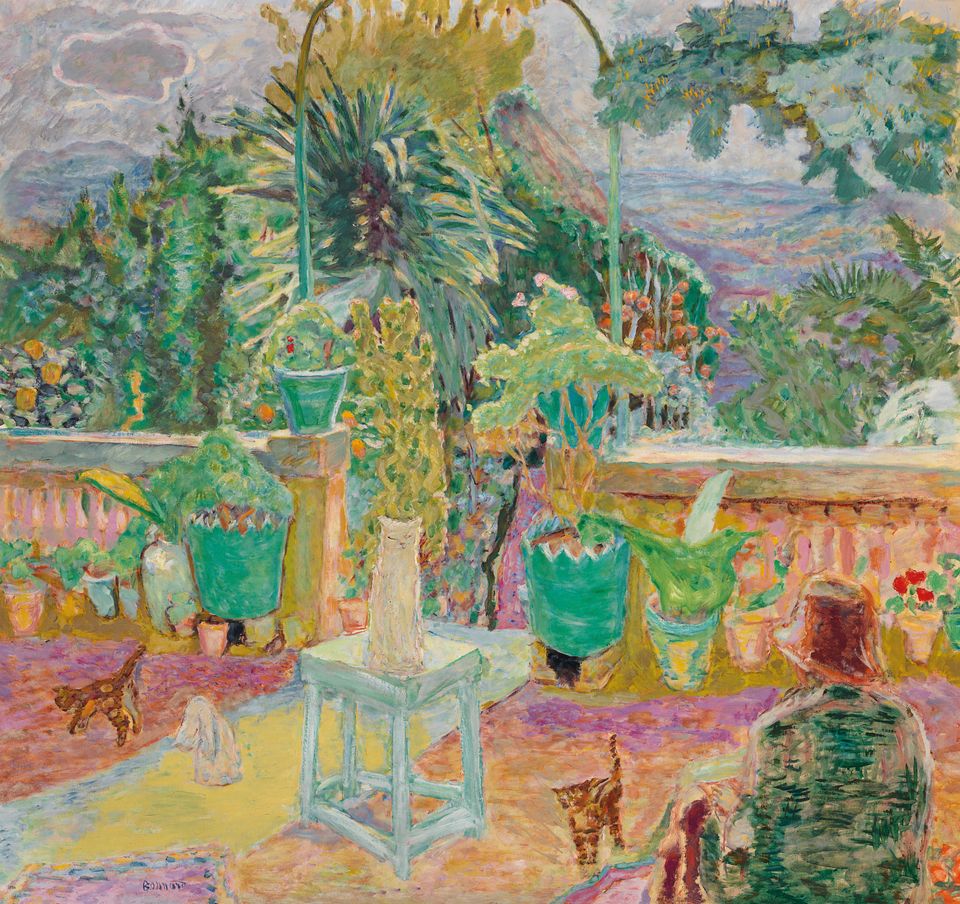 There were a few blips throughout the evening. All three works by Matisse failed to hit the mark: Le guitariste debout (1903) estimated at $3m-$5m, was withdrawn just before the sale, while two nudes, one a drawing and the other a painting, were bought in. A 1948 Rothko painting, strangely included in the sale, managed to exceed its $3m high estimate, hammering for $4.5m ($5.3m with fees).

Even if it did not have the biggest price tag, Pierre Bonnard’s peppy felines and florals composition, Terrasse ou une terrasse à Grasse (1912), prompted the biggest battle of the night. With a high estimate of just $8m, a prolonged and competitive volley between two phone bidders propelled it to $17m ($19.5m with fees), marking a new world record for the artist, not surprisingly hot on the heels of the Tate’s recent survey of his work.

“It wasn’t his strongest work—a bit on the saccharine side, maybe, but it was very pretty,” says David Nisinson, a collector and advisor based in New York. Just a few lots later, however, a more demure Bonnard painting of a two seated girls estimated to fetch at least $1m fizzled at only $600,000.