Move by Washington, DC museums comes amid a wave of new US closures 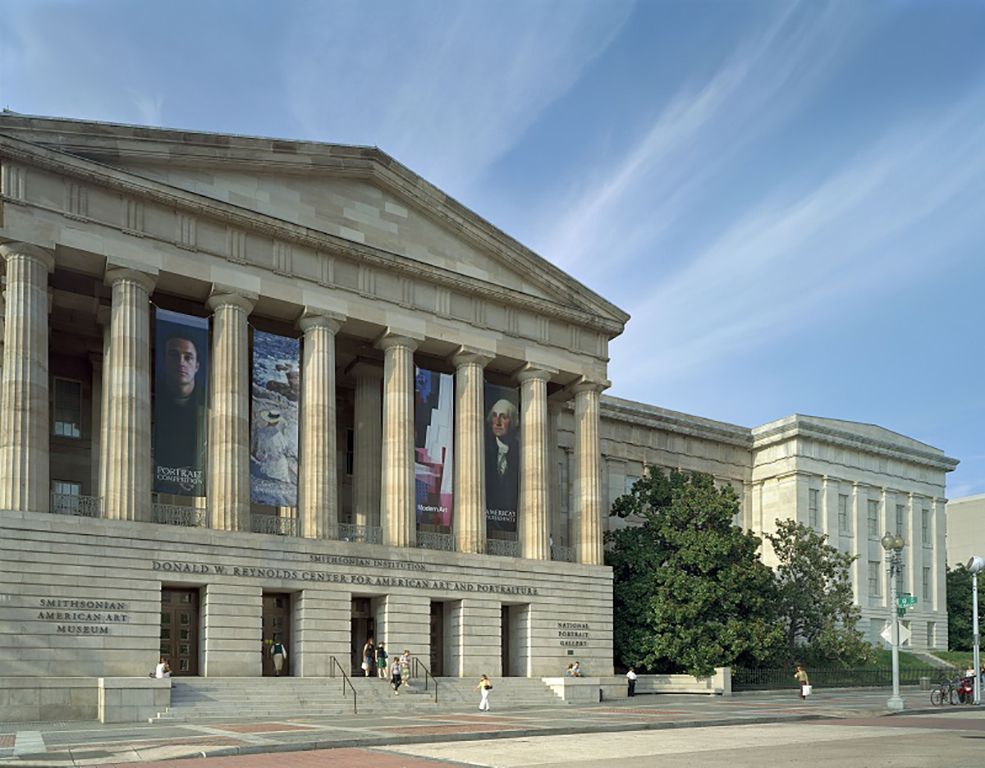 The Smithsonian's National Portrait Gallery in Washington, DC, which had reopened in July

Amid a wave of US museum shutdowns, all eight of the Smithsonian Institution’s reopened facilities in the Washington, DC area and the National Gallery of Art (NGA) announced today that they were closing again in response to a steep rise in local and national Covid-19 cases. The NGA will shut its doors on Saturday and the Smithsonian museums and National Zoo on Monday.

The move follows a series of enforced closures in various cities.

In an email to staff members, the Smithsonian’s secretary, Lonnie G. Bunch III, wrote: "Our gradual, cautious approach to reopening, starting in late July, allowed us to safely welcome visitors back to eight Smithsonian facilities in fulfillment of our public service mission. However, we have always been ready and willing to take a step back when the data indicates it is necessary to do so to protect our staff and visitors." The Smithsonian’s museums had closed on 14 March in response to the pandemic.

“Museums are places for gathering,” the Smithsonian’s spokeswoman, Linda St Thomas, said. “And gathering in groups is not recommended by public health officials.”

To date, there have been no documented cases of transmission of the virus from visitors to staff members, or vice versa, the Smithsonian adds. But according to The New York Times Covid-19 tracking database, 156 new cases of the virus were recorded in Washington, DC on Wednesday, and there has been an average of 155 cases each day over the past week—an increase of 73% from the average two weeks earlier. Nationally, 172,391 new cases were reported on Wednesday, a 77% rise from two weeks earlier.

On Tuesday, the Philadelphia Museum of Art, the Academy of Natural Sciences of Drexel University, the Barnes Foundation, the Eastern State Penitentiary Historic Site and the Pennsylvania Academy of the Fine Arts also said that they would close, effective Friday. They said they hoped to reopen early next year. The announcement came after new restrictions on museums, restaurants and other gathering places announced by the city's health commissioner.

Abiding by statewide restrictions issued Tuesday by the governor of Illinois, all of Chicago’s major museums have announced that they have closed or will close by Friday, starting with the Art Institute of Chicago, which closed immediately. The Cleveland Museum of Art says it will close Friday and plans to reopen on 17 December, and the Cincinnati Museum of Art will close Saturday through 14 December. Minnesota's museums are closing as well, including the Minneapolis Institute of Art starting on Saturday. And most museums in Denver are shutting down.

Both the Smithsonian and the NGA cast their closings as a temporary move but did not cite a potential reopening date. The development raises the likelihood that many other American museums will follow suit: all have been nervously eyeing the accelerating increase in coronavirus cases while struggling to make ends meet and maintain their audiences amid diminished capacity related to Covid-19 restrictions.

After closing on 14 March in response to the pandemic, the NGA had begun a phased reopening with its sculpture garden on 20 June and extended that to the ground floor of its West Building on 20 July. On 26 October the main-floor galleries east of the Rotunda reopened, and on Monday additional main-floor galleries west of the Rotunda opened as well. Its East Building has remained shut amid renovation work.

Both the Smithsonian and the NGA directed their audiences to their online offerings.

The American Alliance of Museums reported survey results this week indicating that as of mid-to-late October, 29% of US museums remained closed because of the pandemic. Its tally included non-art institutions like historical societies, children’s museums and science centres.