Instead of permanent space, Smithsonian will co-curate gallery at V&A East for two years 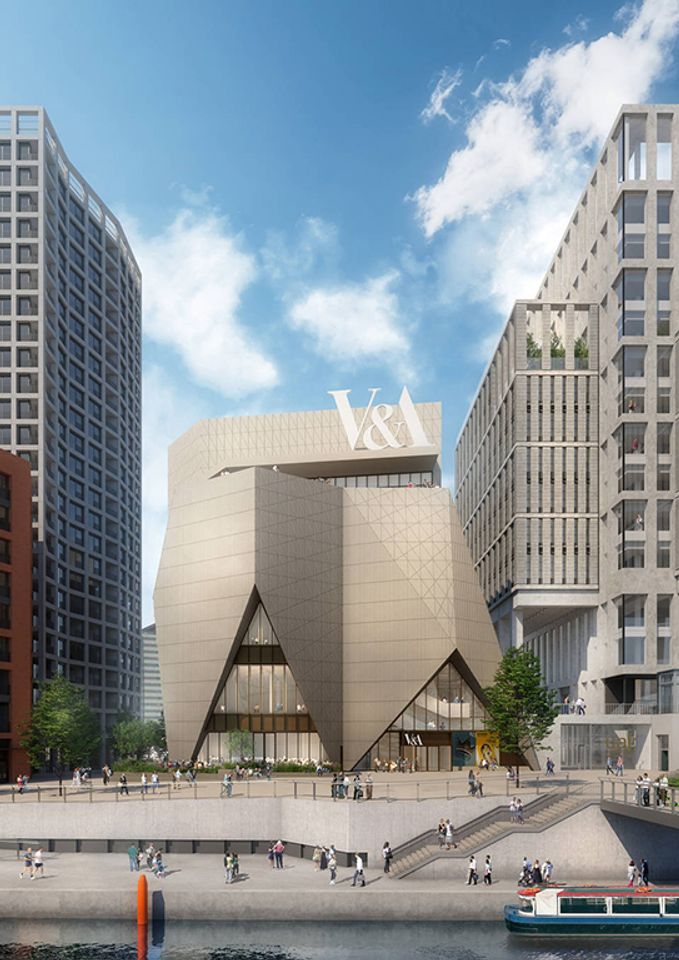 The Smithsonian Institution in Washington, DC confirmed today that it still plans to co-curate a gallery with the Victoria and Albert Museum (V&A) as part of the latter institution’s planned new museum in Queen Elizabeth Olympic Park in East London. However, in a departure from some earlier signals, the exhibition will run for two years starting when V&A East opens to the public in 2023, the Smithsonian said. Previous plans had called for a permanent gallery jointly curated by the Smithsonian and the V&A as well as a series of temporary shows.

The co-curated gallery will draw on the permanent collections of both institutions and “bridge art, design, science and the humanities to explore the impact of human life on the world around us”, the Smithsonian said.

In addition to the new museum, the V&A East project in Queen Elizabeth Olympic Park includes a nearby collection storage and research centre.

The Smithsonian also announced that it would work with East London communities as well as the London Legacy Development Corporation, the Foundation for Future London and the mayor of London, Sadiq Khan, to expand an initiative known as STEP (Shared Training and Employment Programme). The leadership training effort is aimed at young adults from underserved communities in East London and Washington who might otherwise face obstacles in starting careers at cultural organisations.

Participants will travel to the US to explore topics such as popular culture, natural history, graphic design and African American history. Lonnie Bunch, the Smithsonian’s secretary, said he also envisioned STEP expanding to include students from Washington travelling to London to work with partner organisations.

He welcomed both initiatives in a statement. “The V&A’s new museum in East London’s Queen Elizabeth Olympic Park is a magnificent achievement for London, and I am honoured for the Smithsonian to be a part of this project,” Bunch says. “I have no doubt that this mutually beneficial collaboration will allow us to share innovative programming on education, diversity and inclusion, and museum leadership development with a truly international audience.”

Reflecting the institutions’ cross-pollination, V&A East will be led by Gus Casely-Hayford, the director of the Smithsonian’s National Museum of African Art in Washington. He takes over the London institution in March and will develop its curatorial programme.