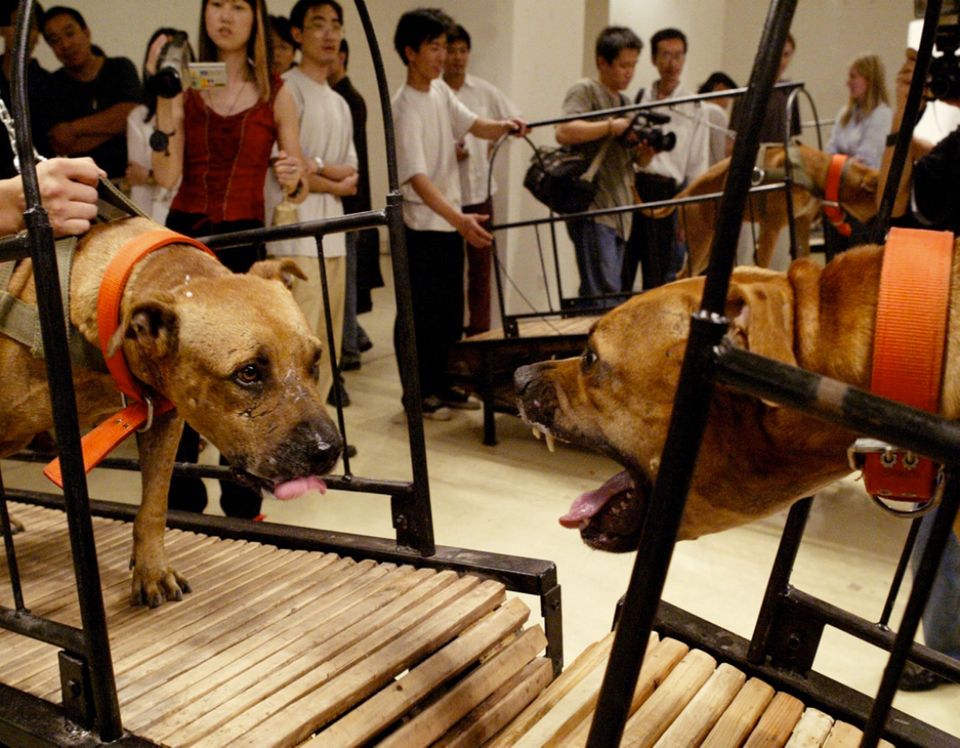 Officials at the Solomon R. Guggenheim Museum in New York have announced that three controversial works featuring live animals have been withdrawn from its forthcoming exhibition Art and China After 1989: Theatre of the World (6 October-7 January 2018).

The move follows a series of protests by animal rights groups, such as the American Kennel Club, against the three pieces: the video Dogs That Cannot Touch Each Other (2003) by Sun Yuan and Peng Yu; Huang Yong Ping’s installation Theater of the World (1993); and Xu Bing’s series of photographs titled A Case Study of Transference (1994). An online petition calling for “cruelty-free exhibits at the Guggenheim” has so far garnered more than 598,000 signatures.

Dogs That Cannot Touch Each Other is a seven-minute video of a performance staged at a museum in Beijing when pit bulls were placed on non-motorised treadmills facing one another. In Ping’s piece, visitors are invited to watch reptiles eat insects in a glass enclosure. Xu Bing’s images show text being tattooed on to pigs.

“Although these works have been exhibited in museums in Asia, Europe, and the United States, the Guggenheim regrets that explicit and repeated threats of violence have made our decision necessary,” the museum statement says.

“As an arts institution committed to presenting a multiplicity of voices, we are dismayed that we must withhold works of art. Freedom of expression has always been and will remain a paramount value of the Guggenheim.” 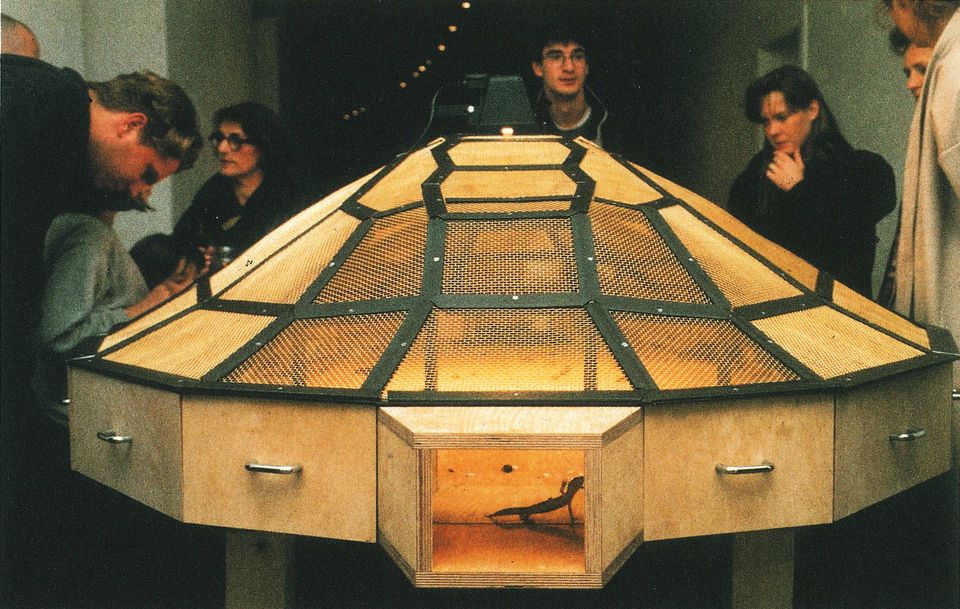 The Guggenheim was initially adamant that the video by Sun Yuan and Peng Yu would be included. On 21 September, the institution issued a statement saying: “The curators of the exhibition [Alexandra Munroe, senior curator of Asian art; Philip Tinari, director of the Ullens Centre for Contemporary Art, Beijing; and Hou Hanru, artistic director of Maxxi in Rome] hope that viewers will consider why the artists produced it and what they may be saying about the social conditions of globalisation and the complex nature of the world we share.”

The exhibition will feature more than 150 works, divided into six chronological and thematic sections, by artists such as Qiu Zhijie and Cao Fei, includes a ten-week documentary film series co-curated by the artist and activist Ai Weiwei.