While her role grows to cover departments such as Old Masters, second global division will include luxury objects and decorative art, jewellery and wine 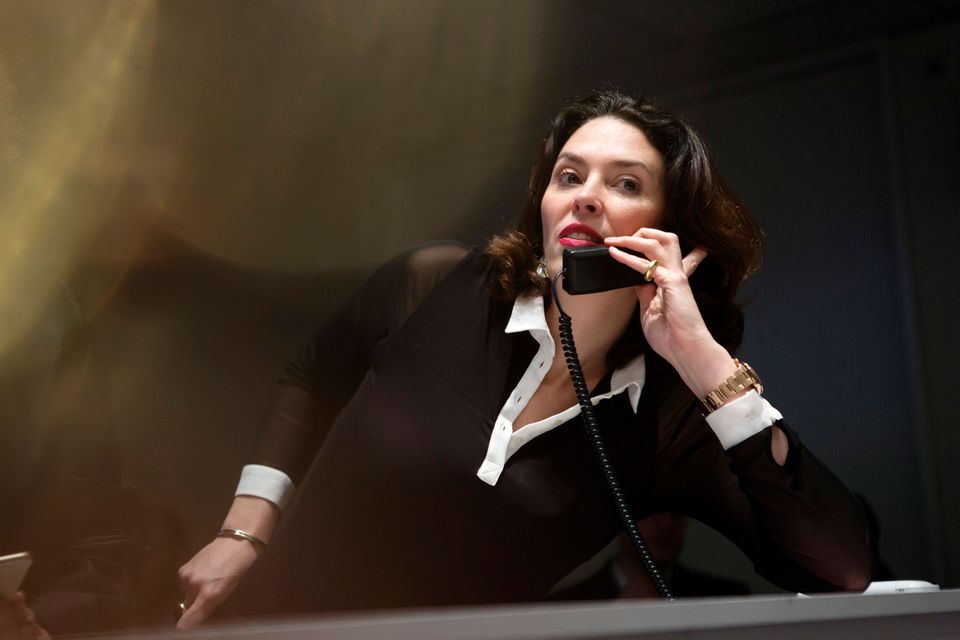 Leaning in: Amy Cappellazzo will now also oversee Old Master and 19th-century paintings and drawings, as well as prints and photographs Image courtesy of Sotheby's

In the first real glimpse of his vision for Sotheby’s, the new chief executive Charles Stewart announced last week he is reorganising the auction house into two global divisions—Fine Arts and Luxury, Art and Objects.

Cappellazzo founded the advisory firm Art Agency, Partners with Allan Schwartzman in 2014, which was acquired by Sotheby’s in 2016 for $85m. She is expected to outline her plans for the new Fine Arts division in the next week.

A second, “equally important”, division will cover luxury items including jewellery, watches, wine, 20th-century design, Asian art, books and decorative art. In an email sent to staff last week, Stewart identified these categories as “the key growth areas” for the firm. Steps in this direction are already being made—Sotheby’s launched its own wine label in October, while Wenhao Yu was appointed deputy chairman of jewellery in Asia earlier this month.

Leadership of the new division is expected to be announced in the “near term”, says Stewart, who was brought in by the firm’s new owner Patrick Drahi at the end of October, replacing Tad Smith, who had been Sotheby’s chief executive since 2015. Stewart was formerly the co-president and chief financial officer at Drahi’s cable television provider Altice USA.

The reorganisation, which has seen around 20 to 30 senior executive layoffs in the past month, is an attempt to “reduce the current silos that exists between fine arts, business development and regional organisations”, Stewart says.

Among those that have left are Valentino Carlotti, the head of business development; chief transformation officer Ken Citron; senior vice president Jon Auerbach; Jan Prasens, the executive vice president and managing director of Europe and the Middle East; general counsel Jon Olsoff; chief global compliance counsel Jane Levine; Karen Sutton, the executive vice president, and August Uribe, who joined Sotheby’s in 1991 and was most recently head of the Impressionist and Modern art department and vice chairman of the fine arts division in New York.

Sebastian Fahey is relocating from Hong Kong to London in early 2020 to take up the post of managing director of Europe, the Middle East, Russia and India. For now, there are no other changes to the management structure in Asia.

Those named as having left are understood to have taken voluntary redundancy, many remunerated with generous severance packages (others have been fired). Carlotti received $3.9m, according to an earlier SEC filing, which also revealed that Smith’s severance deal was worth $28.2m (including $16.9m of Sotheby’s shares)—this despite barely growing Sotheby’s stock price. Drahi is understood to be drastically scaling back on such compensation deals.

This week has seen another smaller round of departures including Clive Lord, Sotheby’s chief operating officer in London. There are rumours of further redundancies early next year as Drahi forges ahead with his cost cutting, which Bloomberg estimates to be in the region of $66m, but some say could be as much as $100m. Drahi borrowed $1.1bn to help finance his $2.7bn purchase of Sotheby’s.

At the same time as the cost cuts, word is that Drahi is eyeing other businesses to add to the Sotheby’s portfolio. In his email, Stewart stresses that “live auctions will always remain at the heart of our business”, but notes that “the categories in [the luxury] division have a major opportunity to further develop new sales channels, including marketplaces, e-commerce and even retail—putting us on a path for future growth”.

One potential area of expansion could be to increase Sotheby’s 25% stake in the classic car auctioneer RM, which Sotheby’s acquired in 2015, with “opportunities to increase the ownership stake as the partnership evolves and grows”, according to a statement issued at the time of the acquisition. Drahi is also likely to be looking closely at other auction businesses dealing in luxury goods and collectibles.

Another key area of investment highlighted by Stewart is “data and systems”, with the establishment of a new department combining technology, product development and data activities. Stefan Pepe has been appointed the chief product and technology officer overseeing the department. With ten years’ experience at Amazon, Pepe joined Sotheby’s this autumn as the chief executive of Sotheby’s Home, an “approachable” online marketplace specialising in vintage and antique furniture, decorative objects and accessories that launched in October 2018.