The country's government had questioned the provenance of the artefact, forcing it to be pulled from a 2018 sale 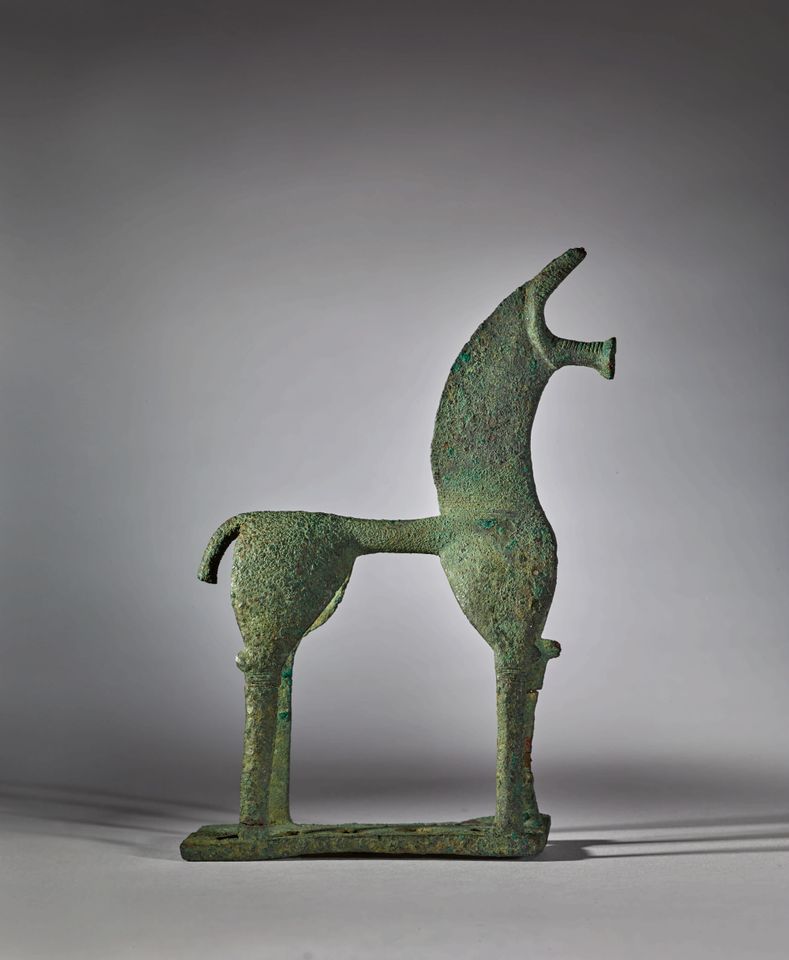 The ancient bronze horse was withdrawn from a 2018 sale after Greece demanded its return. © Sotheby's

The US Court of Appeals ruled that Sotheby’s cannot sue the Greek government after the country demanded that an ancient equestrian statue be withdrawn from a May 2018 sale and returned to the country due to questionable provenance.

The ruling, levied 9 June, could have repercussions for the US antiquities market given that it states that legal charges against the country cannot be pressed because it was not acting out of commercial interests.

The 8th-century BC Geometric Period horse was due to be sold in May 2018 with an estimate of $150,000 to $250,000 from the collection of Howard and Saretta Barnet when the Greek ministry of culture questioned its origins after finding out it had been purchased in 1973 from Robin Symes, an art dealer who has previously been accused of dealing in looted antiquities. Ultimately the bronze—which had been the cover lot of the sale—was withdrawn the day before the auction until its provenance could be further researched.

In a highly unusual response, Sotheby’s sued the Greek government claiming that there is no evidence that the horse was smuggled in violation of law. In its complaint, Sotheby’s asserts that the bronze horse “was acquired lawfully and in good faith by the late Howard and Saretta Barnet 45 years ago and has been part of their collection ever since”. Additionally, the auction house and the collection’s heirs demanded that Greece provide evidence that the work was traded illicitly, which the country was not able to do.

The court found, however, that the Foreign Sovereign Immunities Act (FSIA) does not provide jurisdiction over cases involving the exercise of a sovereign entity’s protection of its cultural heritage, an activity that the Second Circuit deemed to be sovereign rather than commercial in nature.

According to Leila Amineddoleh, a lawyer for Greece, the court's decision enables foreign governments to "continue communicating with art market participants to prevent the sale of illicit goods and protect consumers”.

“This is huge,” said Evangelos Kyriakidis, the director of the Heritage Management Organization, regarding the court’s decision. Up until now, he explains, the onus of proof lies with auction houses who need to ensure the items they sell do not violate any legislation. This ruling, which has been recognised in EU directive, ultimately strengthens this requirement and makes it more difficult to challenge in similar cases going forward.

"This has been a burden for auction houses. If this case had gone forward and the Greek state had been asked to provide the evidence—even if the Greek state won the case—it still would have meant that the source country was asked to provide evidence that there was a good reason to stop the sale rather than the auction house having to prove the item’s legitimacy, completely turning the tables,” she says.

“While we are disappointed with yesterday’s decision, it does not impact what is at the heart of this matter,” says a Sotheby’s spokesman in a statement. “There is, and remains, no evidence to support Greece’s claim to ownership of the bronze sculpture. We, together with our client, are reviewing next steps.”