Chief financial officer Michael Goss is replaced by Jean-Luc Berrebi per the terms of the merger, which sees shareholders compensated $57 per share 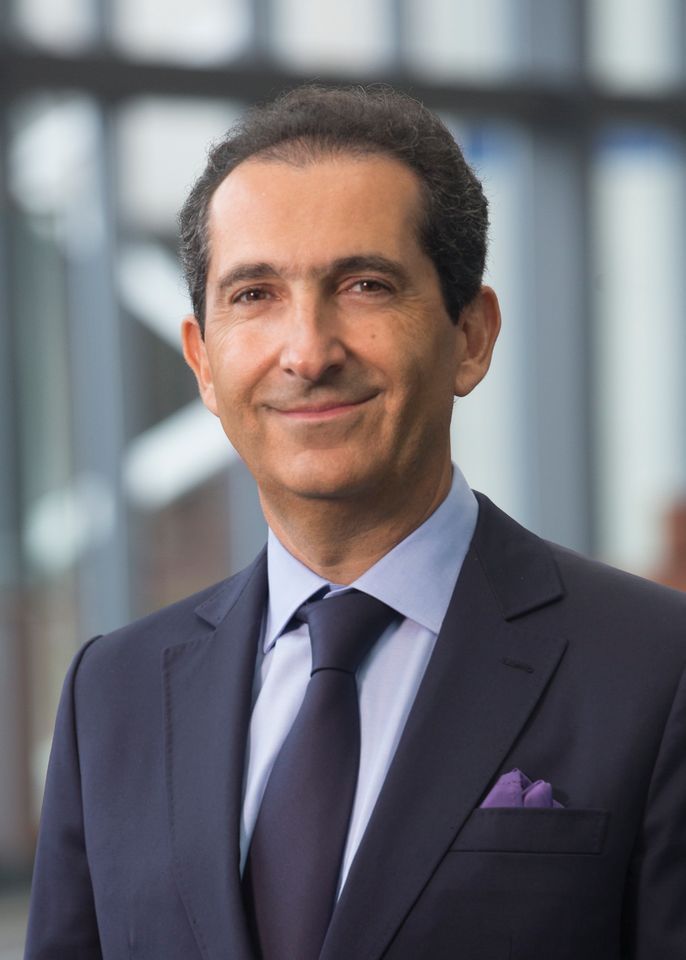 Sotheby’s announced this morning that ownership of the auction house has officially transferred to BidFair USA, a company wholly owned by the French-Israeli media and telecom entrepreneur, and art collector, Patrick Drahi. The acquisition, which was announced in June of this year and valued at $3.7bn, returns the 275-year-old firm to private ownership after 31 years of trading publicly on the New York Stock Exchange (NYSE).

The deal allows shareholders—including employee shareholders—to receive $57 in cash per share of Sotheby’s common stock. According to the papers filed with the US Securities and Exchange Commission (SEC) today, the total cash payout to the company’s stockholders was approximately $2.58bn.

As a result of the merger, Sotheby's chief financial officer Michael Goss left his post and has been replaced by Jean-Luc Berrebi, the former chief executive of Yafit Sàrl, a Geneva-based fund-management office, according to the SEC papers. The new appointment is effective immediately. Goss’s compensation in the buy-out totals around $6.6m. Meanwhile, Sotheby’s chief executive Tad Smith, who remains in his role, will be compensated $28m for his shareholding. 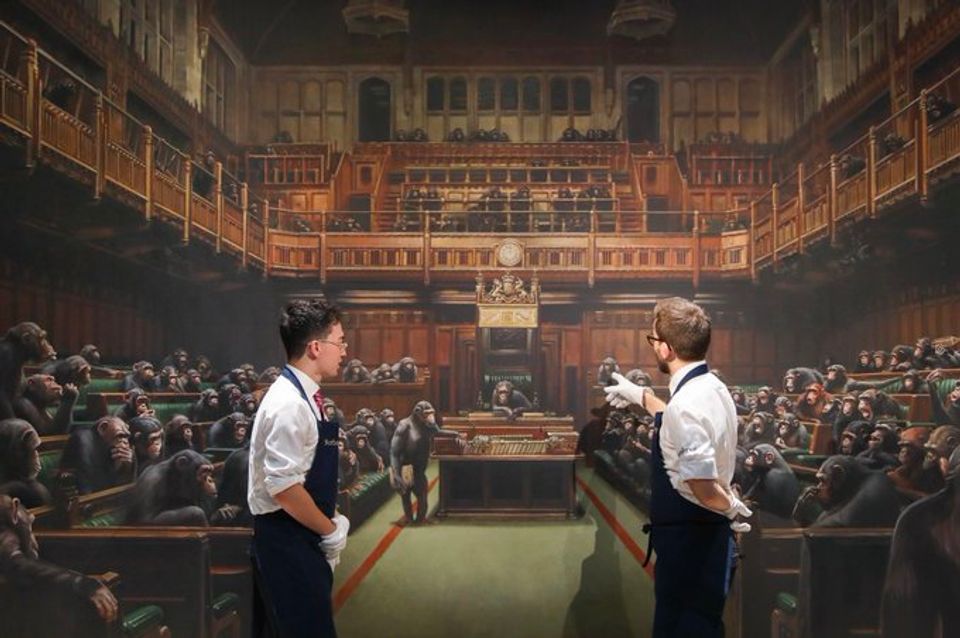 A painting by Banksy depicting the UK House of Commons packed with chimpanzees, estimated at £1.5m, is being auctioned at Sotheby's contemporary evening sale in London tonight. Courtesy of Sotheby's

Sotheby’s declined to comment further on the details of the finalised sale, which comes hours ahead of the auction house’s Frieze week contemporary evening sale in London and a day in advance of the start of its Hong Kong autumn sales. “This is an historic moment”, Smith said in September when Drahi’s acquisition was approved by a 91% majority shareholder vote.

After the auction house abruptly announced the deal in June, several shareholders filed lawsuits in New York to block the sale, at least until further disclosures were made to allow for an informed decision on the transaction. In its second quarter financial report, released in late July, Sotheby’s described the lawsuits brought by its shareholders as “routine” in the US.

Once the oldest company traded on the NYSE, Sotheby’s has been privatised previously in its history: shopping mall magnate Alfred Taubman bought the then-floundering auction house in 1983 before it was taken public again in 1988. As Georgina Adam points out, its publicly quoted status has of late put Sotheby’s “constantly at a disadvantage” compared to Christie’s because of the necessity of reporting its financial results every quarter. Yet many have lamented the further loss of transparency in the already opaque art market the privatisation signals.

The finalised acquisition means that the world’s two leading auction houses now belong to French billionaires, with François Pinault heading up rival Christies. Drahi was among nine parties interested in a potential merger with Sotheby’s. Known for his highly leveraged deals and unpopular cost-cutting at the communications giant SFR, Drahi harbours a $7.7bn fortune, according to Forbes. He has secured financing from Next Alt, one of his personal holding companies, and BNP Paribas to purchase Sotheby’s.