UPDATE 6 April: Sotheby's released further details of the sale of The Fungible collection which will take place on Nifty Gateway from 12 to 14 April 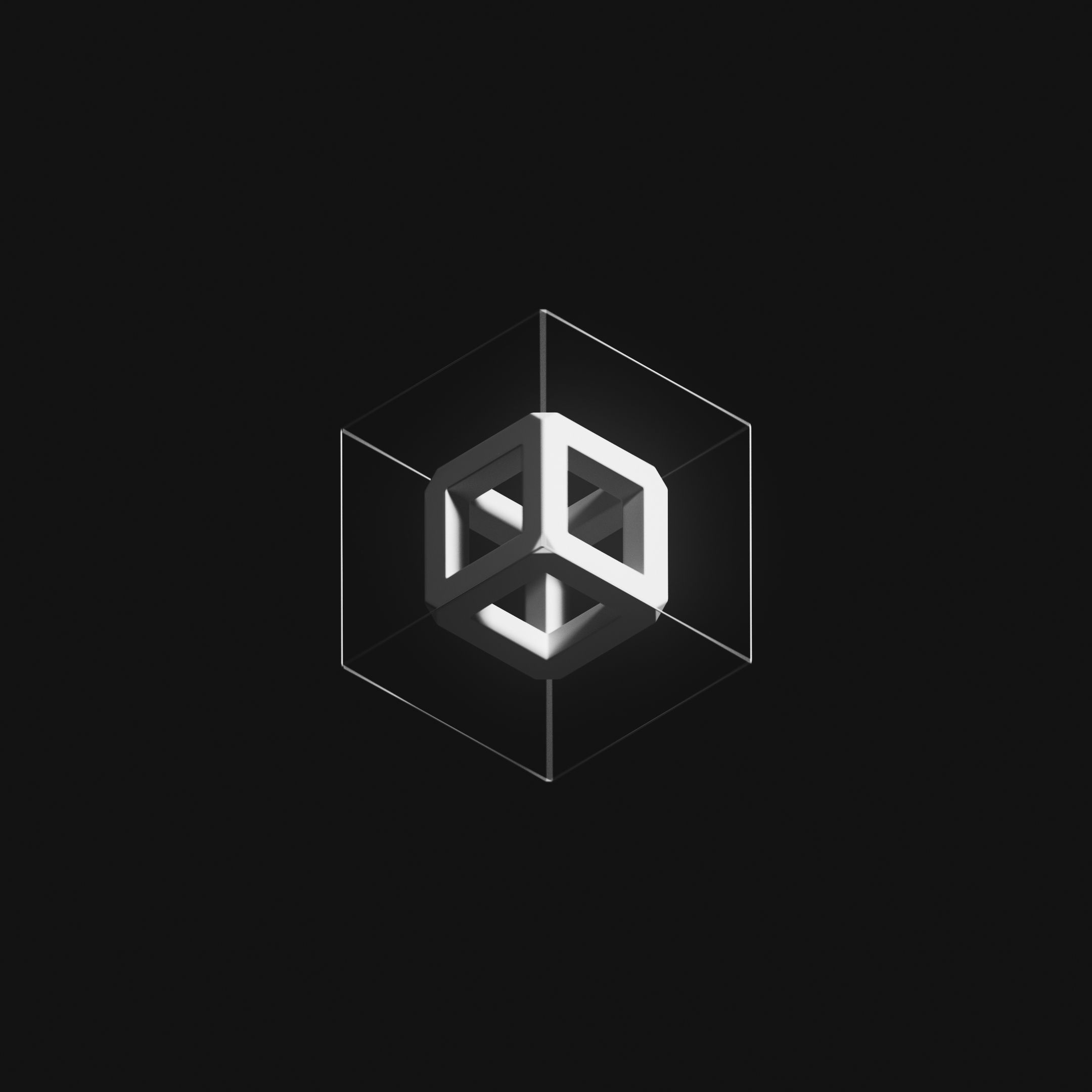 Not content with letting Christie’s hog all the crypto-limelight following that $69.3m Beeple sale, Sotheby’s has announced that it will collaborate with the digital artist Pak on the sale of an NFT.

Sotheby’s is being vague on the details for now—more will be announced soon. But the auction house’s new alliance with the (wait for it) “omniscient designer/developer/wizard” and founder of Archillect, an AI-driven visual content sharing platform, is clearly a statement of intent.

“We wanted to partner with Pak because we are entering a whole new world with digital art, and we felt it was important to work with an artist who has been active in the community for many years,” Sotheby’s says in a statement. “While we can’t yet reveal full details of what’s to come, we want to be true to the democratic spirit of crypto and will be working together to attract as many people as possible to take part in this next adventure, so prepare for some surprises.” 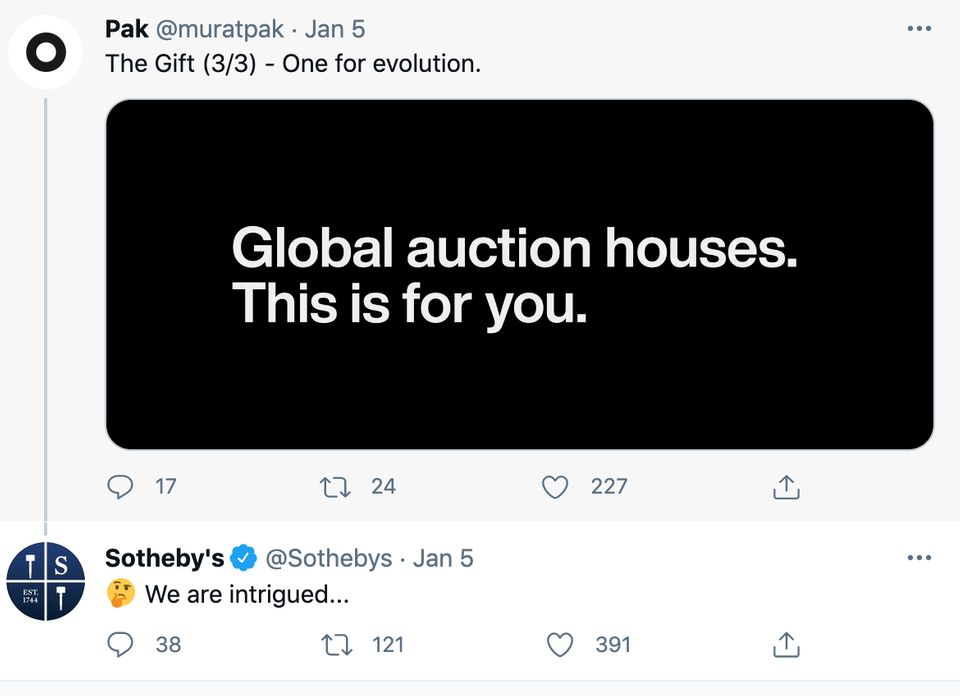 This morning, in an interview with CNBC, Sotheby’s chief executive Charles F. Stewart said “It’s still very early with crypto art in general and it’s all new to us, but there’s a lot here that we think has staying power.” Stewart said Sotheby’s would be “selling one-of-one works of art but also what are called open editions in the NFT world, where many people can buy tokens for the same work.” He added: “One of the interesting things about NFTs is—beyond the fact you’ve got a new audience and a new aesthetic which is always a great thing in the art world—is this thing has the potential to bypass a lot of the traditional gatekeepers and vetting processes of the physical art world. That’s something that’s really exciting as it develops.”

This is not the first time Sotheby’s and Pak have been linked. On 5 January, Pak tweeted to offer an edition of their work The Title (2020) to an auction house—“Global auction houses. This is for you. Want this art piece. Show us all. I’ll choose.”

Sotheby’s tweeted in response: “We are intrigued…”

Deemed by some media reports as the first piece of NFT performance art, The Title consists of seemingly identical versions of the same image being sold as different editions priced from $0 to $1m. One was bought by Max Moore, Sotheby’s co-head of the contemporary art day sale in New York. A spokesperson for the auction house said at the time: “Max’s acquisition was strictly personal. He’d prefer not to share further comment about the work at the moment. But hope that helps clear up that Sotheby’s does not own the work,” they said.

Moore will now be in charge of the Sotheby’s Pak sale.

Sotheby's has announced that The Fungible Collection by Pak will be released over a three-day period taking place from 12 to 14 April on Nifty Gateway. To start, Fungible Open Editions will be available for purchase from 1pm EST on Tuesday, 12 April (with a starting price of $500 per fungible cube). "In the days leading up to the sale, Pak will reveal the six other works including 'one-of-one' NFTs, that make up ‘The Fungible’ Collection," Sotheby's says in a statement.