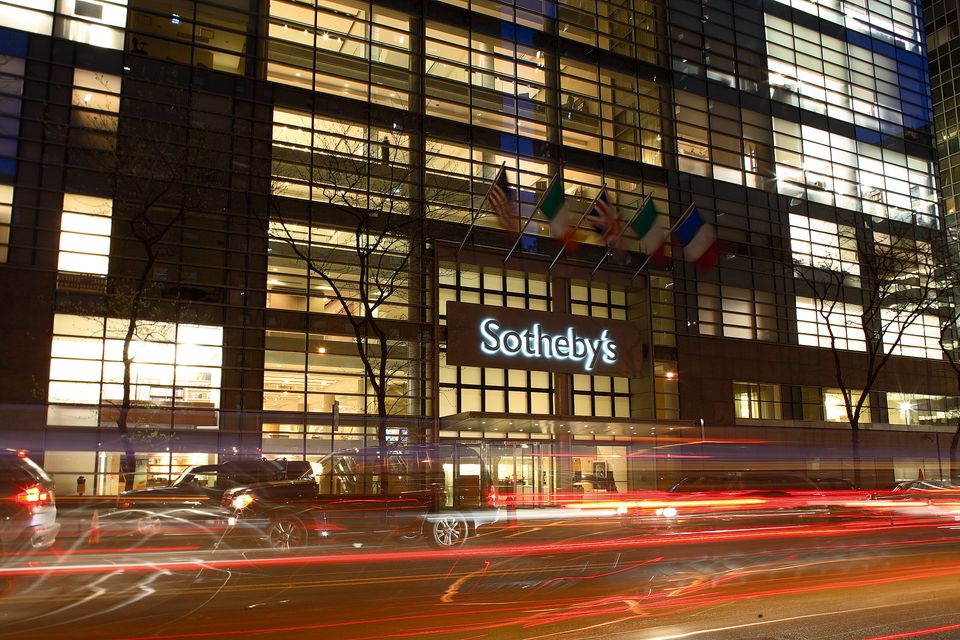 Sotheby's has announced it will make redundancies, staff furloughs and pay cuts for employees as the coronavirus (Covid-19) pandemic continues to debilitate the global art market and force auction houses to temporarily close as sales move online.

By 8 March, Christie's had also furloughed 40% of its staff (around 300-400) across Europe, the Middle East and Africa, as well as making some cuts among consultants and temporary staff, and introducing a voluntary 10%-20% temporary pay cut for the top 30% of earners at the firm. By 8 March, 95% of the 500 staff approached agreed to take the pay cut (which will be paid back once the firm's finances stabilise) in order to try to safeguard the jobs of the lowest paid staff.

The Sotheby's cuts, first reported by the Wall Street Journal (WSJ) overnight, were announced to staff during an online town hall meeting yesterday by the auction house's new chief executive Charles F. Stewart. The WSJ also reports that all staff in the UK and US who are not furloughed will take a 20% pay cut through 1 June, with executives including Stewart taking a further 10% salary reduction. Overtime pay and bonuses are also being temporarily stopped, the WSJ says.

"Like many businesses, Sotheby’s is adjusting to the challenging circumstances resulting from Covid-19 and taking the necessary steps to protect our employees and the future of the company," a Sotheby's spokeswoman tells The Art Newspaper. "We have considered every avenue including temporary compensation adjustments (including our leadership), furloughs and, regrettably, a small number of staff reductions. While we weather this period, we remain focused on supporting our clients with a variety of services and ensuring that we are well positioned for the moment we can resume our normal business operations."

The WSJ reports that 200 people will be furloughed (around 12% of Sotheby's workforce). But Sotheby's declined to specify the number of job cuts and furloughs that would be made but the spokeswoman said "it is a small percentage of our global workforce, a number that would undoubtedly be higher were it not for the other cost saving measures we are taking." She adds: "All decisions have been made in an effort to preserve as much of our team as possible and to ensure we are well positioned to jump back into action as soon as we are able to resume our normal business operations."

However, significant job cuts at Sotheby's pre-date the coronavirus outbreak—following the telecoms entrepreneur Patrick Drahi's purchase of the firm for $3.7bn last year there has been a cull of both senior and junior level staff as costs are cut, no doubt in an effort to pay off some of the $1bn debt Drahi took on to buy the auction house.

But it is not just Sotheby's making job cuts and furloughing staff at this time.

Christie’s "targeted cost management measures" include "reductions on travel and events, consultants, outside contractors and temporary staff as well as taking up some regional government arrangements (eg furlough or "chomage partiel" schemes)" according to a spokeswoman. The auction house is also "running a voluntary salary sacrifice for senior executives in the company who are pledging to waive a percentage of their monthly compensation for a defined period of time," the spokeswoman says. "These measures are difficult, but they will not compromise our service to clients, and they are intended to help protect our company and particularly our staff whose wages and salaries are lower."

A Bonhams spokeswoman tells The Art Newspaper: "During this period, there are staff that will be furloughed. But Bonhams is committed to offering as many of the auction houses’ facilities as we can." She adds: "We are still holding online sales, valuations, and Private Sales. For instance, last week the Motoring Department had successful sales focused on Goodwood Members’ Meeting in which motor cars that had been entered for the sale were offered by sealed bid."

Phillips did not provide a comment by the time of publication.