Sotheby's postpones New York May 'gigaweek' sales due to coronavirus

Move is in line with Christie's and Phillips which postponed their sales to late June, but Sotheby's is yet to announce when its auctions will actually happen 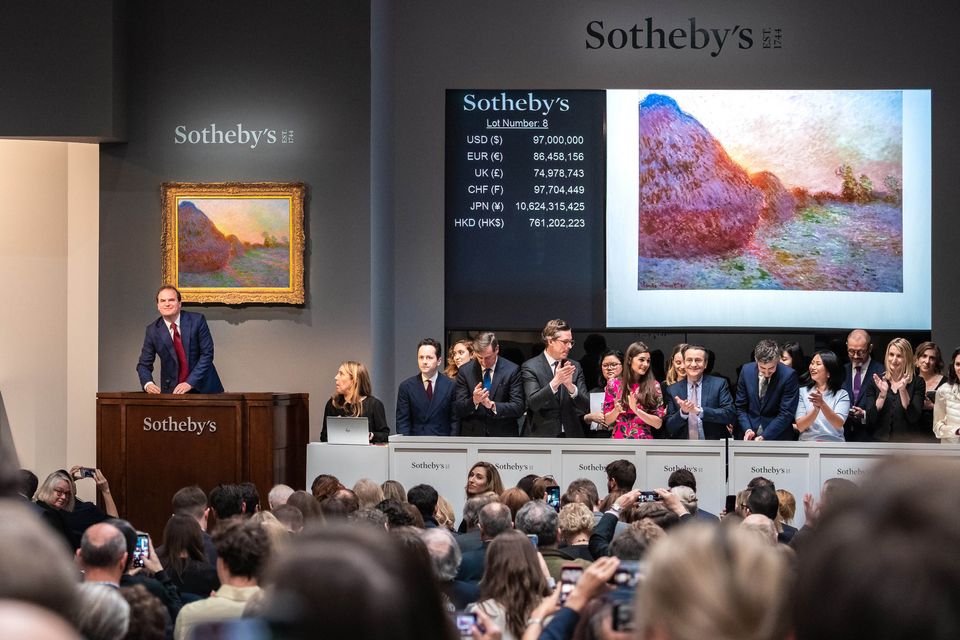 Monet's Meules (1890) from his haystacks series sold for a record $97m ($110.7m with fees) during New York's major May sales series last year Courtesy of Sotheby's

Two weeks after Christie's and Phillips's decision to reschedule their major mid-May New York sales to the end of June, Sotheby's has announced it will also postpone its May auctions in the city due to coronavirus (Covid-19).

The new dates for Sotheby's evening and day auctions of contemporary, Impressionist and Modern and American art (scheduled for the week of 11 May) are yet to be announced, although it seems likely the auction house will fall into line with Christie's and Phillips by rescheduling to the end of June. Perhaps the announcement will come next week, 30 days before the sales were due to start, in line with Sotheby's stated strategy for rescheduling sales at this time.

Sotheby's chose to subtly announce the postponement of these major auctions in the midst of a press release ostensibly about the launch of a series of online sales in May. In lieu of any live sales, the auction house will run a contemporary art day auction online and an Impressionist and Modern Art day sale online (both open for bidding 4-15 May). The sales will, the announcement says, benefit from a new "immersive" and "digital-first" catalogue, with video and interactive content.

Scott Niichel, the head of Sotheby's day sales of Impressionist and Modern art, says: "We are still actively—and responsibly—sourcing for these auctions, and encourage collectors to start a dialogue with us about how we can best meet their needs."

Yesterday, Sotheby's concluded its first online-only auction of Modern and contemporary Middle Eastern art, converted from a live sale, which totalled £2.1m (with fees) against a pre-sale estimate of £1.7m-£2.3m (calculated without fees). It was led by a surprise top lot—The Blacks (1963), a New York inspired work by the Morocco’s Modernist Mohamed Melehi which sold for an artist record £399,000 (with fees), more than six times the estimate.