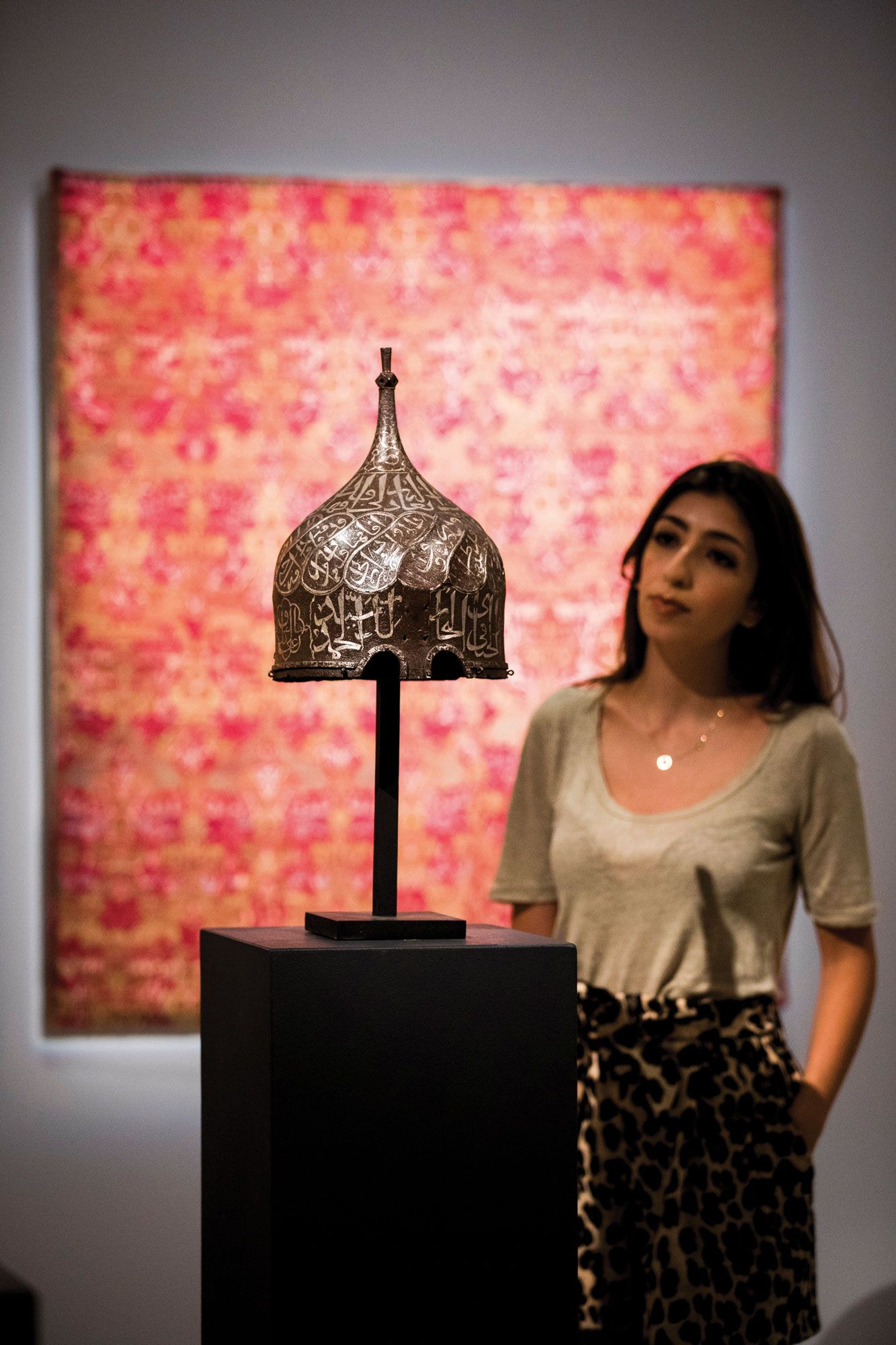 Among the Islamic museum artefacts withdrawn from sale at Sotheby's London today is this silver-inlaid Aqqoyunlu turban helmet, estimated at £400,000-£600,000 © Sotheby's

Sotheby’s auctions of 190 artefacts and 68 timepieces from the collection of Jerusalem’s Museum for Islamic Art, scheduled in London today and tomorrow, have been postponed at the 11th hour at the request of the museum’s parent foundation. The move follows mounting public and government pressure in Israel to prevent the deaccessioning of more than 3% of this publicly subsidised institution’s 5,525-object collection, which is unique in the country for its focus on Islamic culture.

“Further to discussions between the L.A. Mayer museum and the Israeli government, the scheduled sales of a selection of works from the museum have been temporarily postponed to November,” reads a statement released yesterday by Sotheby’s. “The aim of these sales remains to safeguard and further the founding vision of the museum and to advance its work in fostering cross-cultural dialogue and understanding.”

Israel’s minister of culture and sport, Hili Tropper, has been investigating the legality of the sale for the past few weeks. Vocal governmental criticism reached an apex on Sunday when Israeli president Reuven Rivlin said: “We must find the means available to the State of Israel in the legal and international spheres to prevent the sale of these cultural assets from the region as a whole.”

Tropper worked to prevent the sale with Israel’s attorney general yesterday amid deliberations about the lifting of the country's second national lockdown, which is currently in effect.

A museum spokesperson told Haaretz that the delay of the auction will allow a formal agreement for the sale to be brokered between the Hermann de Stern Foundation, which endows the museum, and the government.

“The intermediate result is a good one,” Tropper said today in his keynote address at an Israeli International Council of Museums conference on museum ethics, purposefully scheduled to take place on the date of the Sotheby’s sale. “None of us know how it is going to end and we are entering a few weeks in which the struggle will continue in other ways. I see great value in the fact that there were significant public, social and governmental responses.”