Selling, selling, sold...and sold again. The truth about the bungled sale of a Van Gogh at Sotheby's 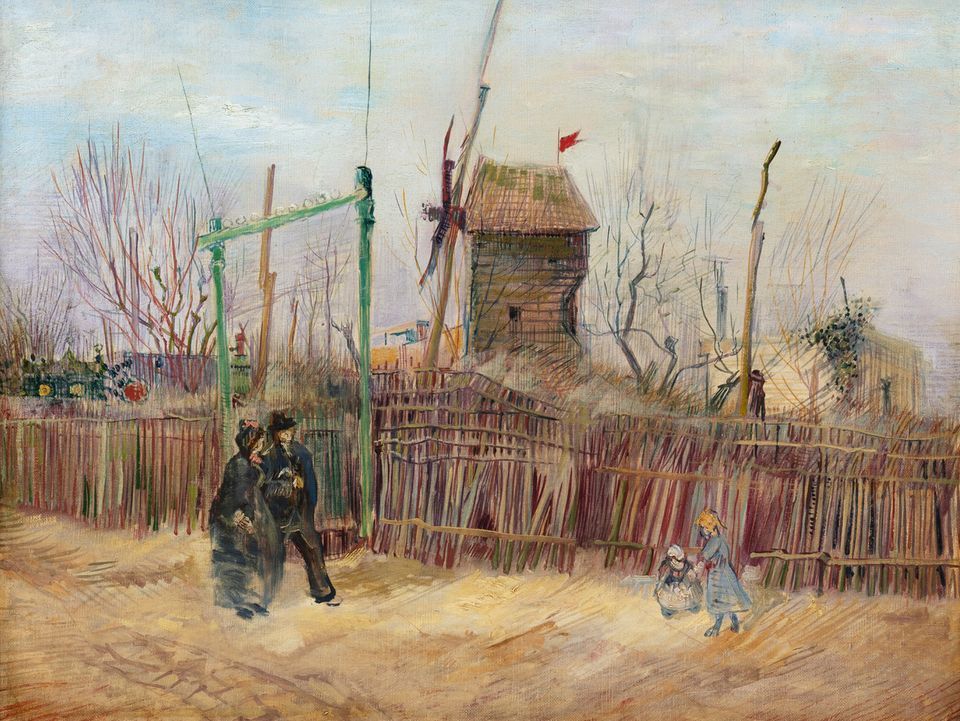 The sale of a painting depicting Montmartre by Vincent van Gogh for €13m (with fees) at Sotheby’s Paris on 25 March broke a record for the artist in France. But, oops, the item was sold three times in less than an hour with three different price tags. The confusion cast a shadow over the auction and may even have attracted attention from French law enforcement authorities.

With a modest estimate of €5m to €8m, Scène de rue à Montmartre was authenticated by the Van Gogh Museum shortly before the sale. The work had never been exhibited and the museum had only known of its existence from a black-and-white photograph. It was also granted an export license. Although the painting does not belong to the artist's most prized expressionist period in Arles, it bore an exceptional pedigree. Painted in 1887 when Vincent was living in Paris, the picture belonged to the same family for more than a century. It was entrusted to a Parisian auctioneer Fabien Mirabaud, who chose a partnership with Sotheby’s to garner greater international attention. The seller also had confidence that Sotheby's, which is owned by the French telecom tycoon Patrick Drahi, would be the right fit to execute a world-wide online sale. But things did not play out as planned.

The head of the Paris Impressionist & Modern art department, Aurélie Vandevoorde, led a drawn out bidding war that ended with two bidders on the phone with Sotheby’s Samuel Valette in London and Nicolas Chow in Hong Kong. At €50,000 above €13m, Vandevoorde banged the gavel and pronounced the word "adjugé" (sold) in favour of Valette’s client. A bit too fast. She quickly retracted, announcing a final "online bid" of €14m. She banged the hammer again and declared the work "adjugé" for a second time. But, 30 minutes later, without explanation, Vandevoorde announced she would "reopen" the auction at the end of the session. This time, the online bidder was nowhere to be found, so the bidding stopped at €11.25m in favour of the telephone client in London.

Sotheby’s tells The Art Newspaper that it had contacted the second successful online bidder, "who denied having placed a bid and obviously did not have the financial capacity to bear the price of [of the amount they had bid]", although he or she had been given a paddle prior to the event. "Sotheby’s then decided to apply a provision that allows the sale’s director, when the sale is not concluded, to cancel it and put the lot back on auction". The auction house says that it had informed all previous bidders and that the final price was "well above the estimate".

According to an anonymous source close to the sale, on the Sotheby's website the online bidder had to increase their bids by almost €1m, while Valette had been allowed to bid several times in increments of only €50,000. According to the source, this could have been caused by a malfunction, which obliged online bidders to jump to the next round figure—the sale saw online bids increase to exactly €9m, €13m and €14m.

Sotheby’s declined to comment on whether it will compensate the seller for the €2.75m price difference. The French auctioneer, Fabien Mirabaud, also declined to comment, but said he will “do everything necessary to protect the interests of the family”.

It is too early to know if the magistrate in charge of the auctioneers' regulatory body will react, but French law is quite strict on the matter. When an auctioneer pronounces "adjugé", the sale is final. Furthermore, there can be no inequality of treatment between bidders. If a buyer defaults, the lot may be put up for auction again, but only with the formal agreement of the seller. And in the case that the final sale price is less than their bid, the defaulting buyer has to pay the difference.