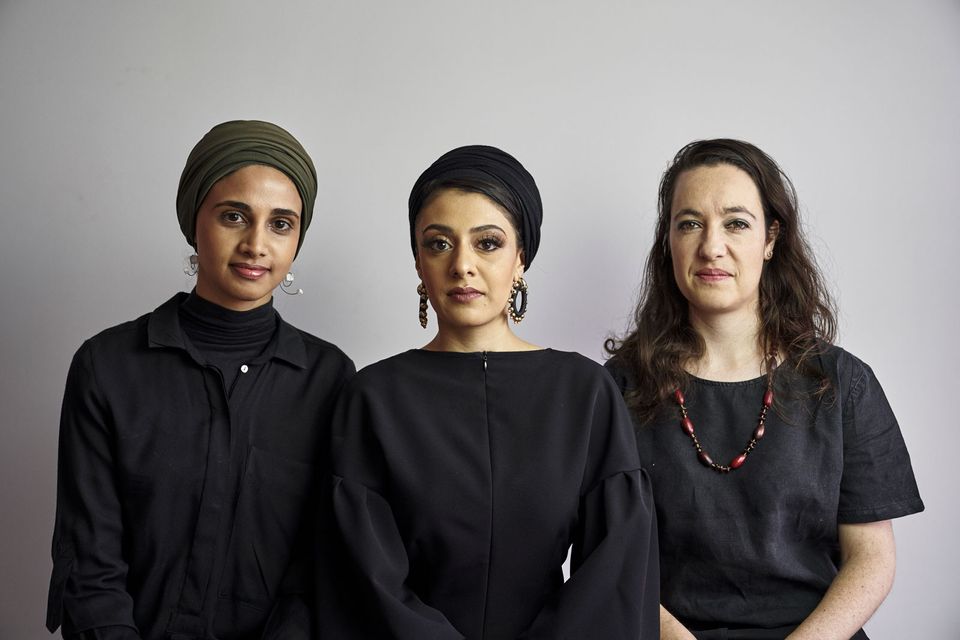 The South African architectural practice Counterspace will design the Serpentine Galleries pavilion, which celebrates its 20th anniversary this year (11 June-11 October). The temporary structure—which launched its first edition in 2000 designed by the late Iraqi architect Zaha Hadid—is erected every summer in the grounds of the galleries in Kensington Gardens.

Johannesburg-based Counterspace is led by Sumayya Vally, Sarah de Villiers and Amina Kaskar, who founded the practice in 2014. Their projects include the Squiggle House residence in Mpumalanga, eastern South Africa, and the Pan African Food Station installation presented at the 2017 Wuzhen Biennale in China.

“Using both innovative and traditional building techniques, Counterspace’s design will be based on gathering spaces and community places around the city, folding London in to the Pavilion structure in Kensington Gardens, and extending a public programme across London,” says a statement from the Serpentine.

These unnamed venues are dotted around Brixton, Hoxton, Hackney, Whitechapel, Edgware Road, Peckham, Ealing and North Kensington; the forms will draw on existing spaces with “particular relevance to migrant and other peripheral communities in London”, the statement adds.

The structure will also include moveable small parts that are due to be displaced to neighbourhoods across the capital. “Following community events at these locations, the parts will be returned to the structure, completing it over the summer,” says the gallery statement. The pavilion will be made from a range of materials including brick-type modules largely made from recycled building waste, and cork.

The prestigious architectural project forms part of the Serpentine’s 50th anniversary programme this year; performances, debates, discussions and symposia linked to the Back to Earth show will take place in the pavilion. The summer pavilion initiative is supported by Goldman Sachs.

Other architects commissioned over the past two decades include Frida Escobedo (2018) and Bjarke Ingels (2016). Hadid’s Pavilion (2000) is now sited at Flambards Theme Park in Cornwall, while Sou Fujimoto’s structure (2013) was on show in Tirana, Albania, courtesy of the Luma Foundation. The 2012 pavilion designed by Herzog & de Meuron and Ai Weiwei is in the collection of the steel magnate Lakshmi Mittal. 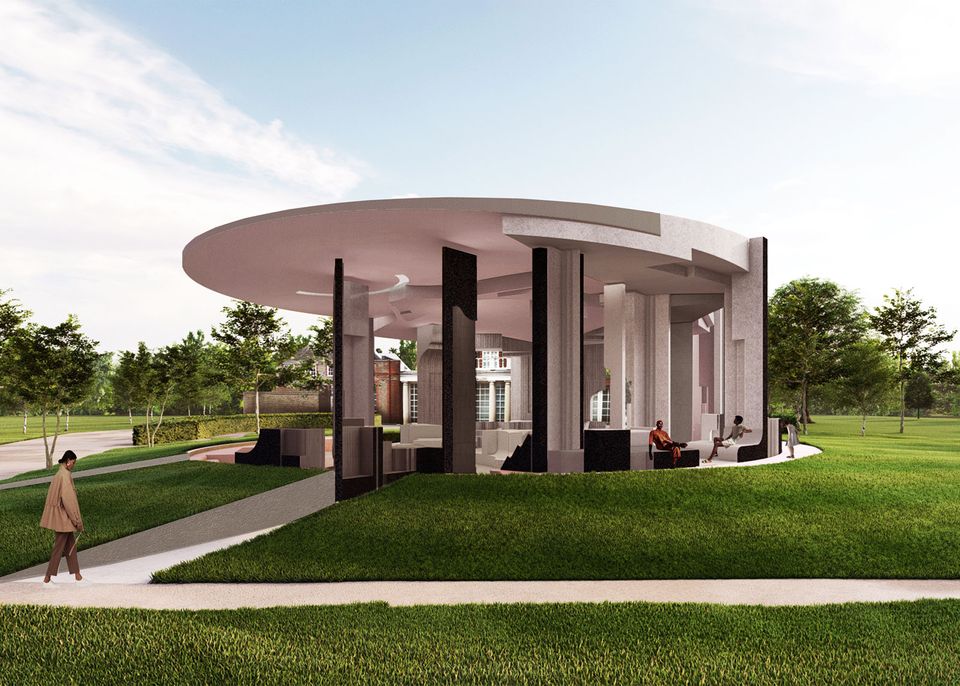 A render of the pavilion, which will use a combination of innovative and traditional building techniques © Counterspace
More NewsTopicsArchitectureSouth AfricaZaha Hadid