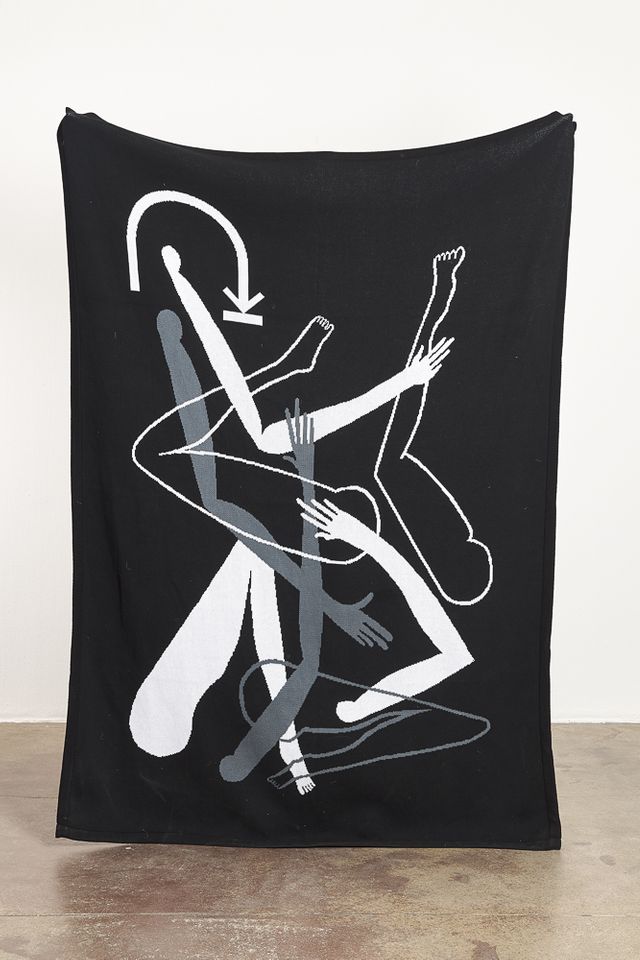 As the coronavirus pandemic spreads to South Africa, Goodman Gallery in Johannesburg has announced plans to sell a series of limited-edition blankets in aid of a health and welfare clinic in Johannesburg.

All of the sale profits from the textiles, priced at £500 (each in an edition of 50), will be donated to the non-profit Witkoppen Health & Welfare clinic, located in the northern suburbs of the city. “Having served as a vital non-discriminatory space for artists during the apartheid years, Goodman Gallery will seek to draw inspiration from this profound legacy in this time of crisis,” says Liza Essers, the director and owner of Goodman Gallery.

The artists participating in the project are Broomberg & Chanarin, Nolan Oswald Dennis, Reza Farkhondeh & Ghada Amer, and Samson Kambalu. The photographers Broomberg & Chanarin have produced a text piece, Breaking the Knife not the Wound, while Dennis has produced a piece resembling a collage of limbs entitled radical (empathy), 2019.

Farkhondeh and Amer explore femininity in their textile work, House of Lust (2019), which shows two women entwined in a state of ecstasy. Malawi-born Samson Kambalu, whose work featured in the 2015 Venice Biennale, has created a Modernist graphic design (Hand Written, 2019).

The gallery has previously supported NGOs in the healthcare sector, raising money for charities such as the Red Cross. Goodman Gallery's partnership with Witkoppen began last year when Edwin Cameron, formerly a judge on the Constitutional Court of South Africa, took Essers to the Witkoppen Clinic to witness first-hand how the clinic works. “I realised that this needed to be the gallery's next NGO partnership,” she says.

Essers says that she aims to establish an artist solidarity fund in South Africa. “Unlike in many Western countries, South Africa does not have government funding going to artists. People are plunging into unemployment by the millions. There is a need to get creative in South Africa at grass roots levels and think about ways that we can contribute to people's survival across the board."

Goodman Gallery opened in London in September, adding to locations in Cape Town and Johannesburg. A solo show of works by the US-Iranian artist Shirin Neshat (Land of Dreams) opened at the London space last month (viewing of the exhibition can now be arranged by appointment).