A pair of newly restored, 16th-century Japanese screens, which were unknown to scholars until they went up for auction in 2011, are one of the star attractions in an exhibition at the Museum of Fine Arts, Boston (until 15 February 2016), which explores the influence of Asia on the arts of colonial America, beginning in the 16th century.

Southern Barbarians Come to Trade (around 1600), attributed to Kano Naizen, consists of two panels formed of 12 paintings on paper. Each ink, mineral pigment and gold-leaf panel depicts Portuguese merchants arriving in Asia: one shows them in Japan and the other in what appears to be China, or at least what the artist imagined the country looked like, not having visited it himself. The term “Southern Barbarian” was originally used by the Japanese to refer to people from South and Southeast Asia. When the Portuguese began to trade in Japan in the 1540s, the term was extended to them. 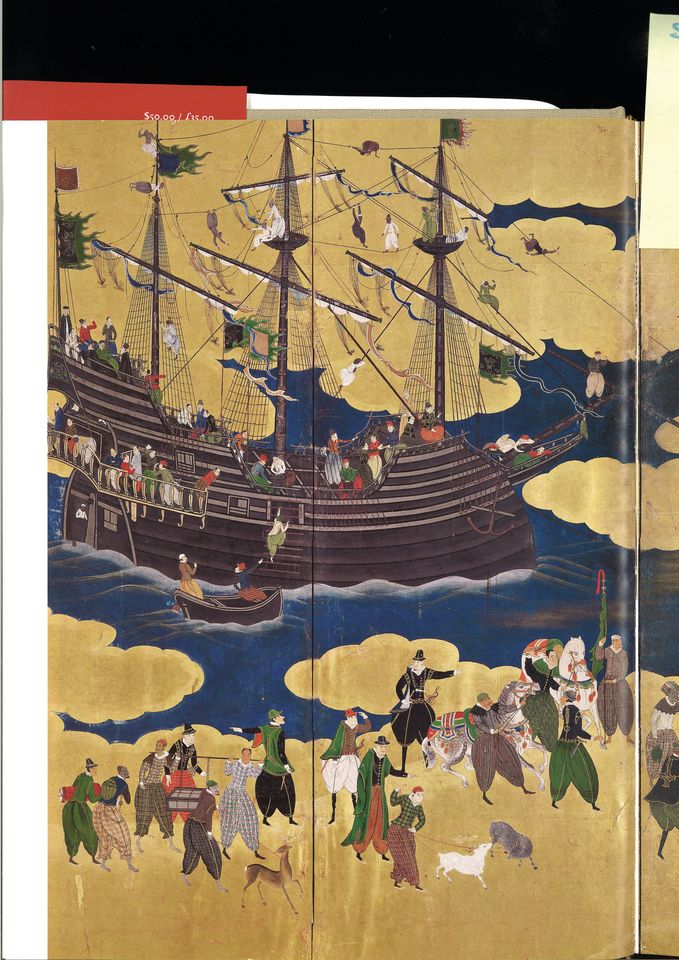 Detail from Southern Barbarians Come to Trade (around 1600), attributed to the painter Kano Naizen

“They provide a glimpse of early dynamic trade relations between the East and West,” says Dennis Carr, the decorative arts and sculpture curator in the museum’s art of the Americas department, and the show’s curator.

By the mid-16th century, the Portuguese were exporting Chinese, Indian and Japanese goods, including pepper and blue-and-white porcelain. “The screens had been in a private Japanese collection and were virtually unknown, so it was very exciting when they came on to the market,” Carr says. In 2011, they sold for $4.8m at Christie’s, New York, to another private collector, who has lent them to the Boston museum for the exhibition.

Last treated 200 years ago The work had undergone an earlier restoration, according to Philip Meredith, a conservator of Japanese paintings at the museum. Judging from the materials used, he estimates that the last treatment was around 200 years ago. “It’s not uncommon for a scroll or screen’s support system to break down physically over time, no matter how well they are looked after,” he says, comparing them to the bindings and covers of old leather-bound books. “There is a cycle of remounting that takes place every 100 to 200 years with these types of works, so it was time for this piece to be remounted.”

The old lining papers and the wooden lattice core had begun to deteriorate; there were signs of insect damage and the hinges were failing. Conservators replaced the old lining, treated the small areas of loss using the conservation studio’s stock of aged gold leaf on paper, replaced the copper-gilt fittings, added new silk brocade borders and fitted the screens with new black lacquered wood trim. The project took around two years.

The museum specialises in the conservation of Asian art. Its specialist conservation studio, founded in 1907, is the oldest outside Asia and one of only five such workshops in the US. Its seven-member team is responsible for caring for Chinese, Japanese, Himalayan, Indian, Korean and Islamic paintings, prints, printed books and postcards.

• Made in the Americas: the New World Discovers Asia, Museum of Fine Arts, Boston, until 15 February 2016