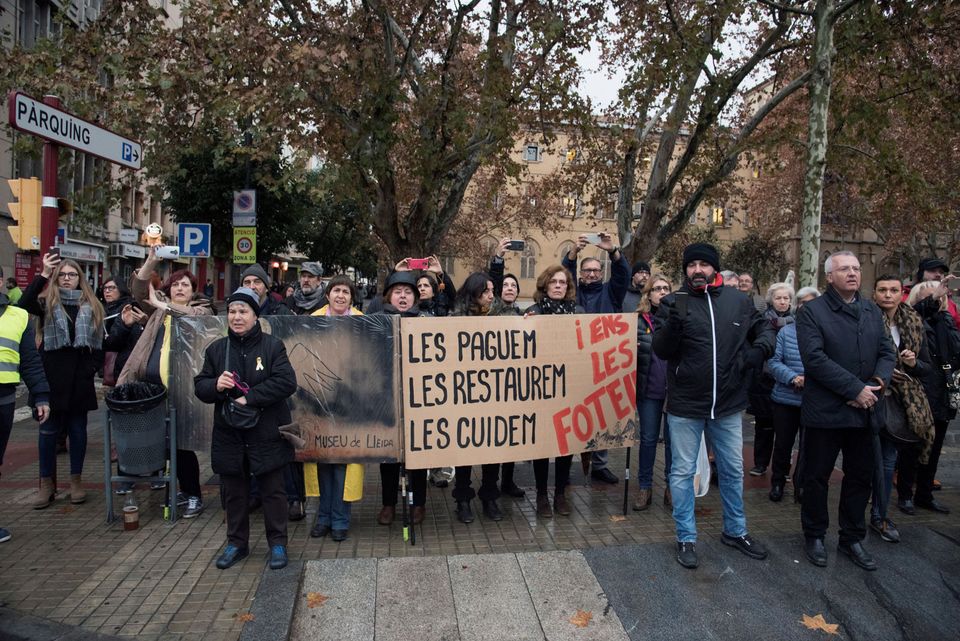 Spanish demonstrators protest outside of the Lleida Museum, in Lleida, Catalonia, Spain, on 11 December 2017 ADRIAN ROPERO/EPA-EFE/REX/Shutterstock

Unrest has broken out at the Lleida Museum in western Catalonia after Spanish law enforcement officers entered the institution this morning. The move is the latest development in a long-running restitution saga centred on 44 religious artefacts housed at the museum, which have become a symbol of Catalonia’s bid for independence.

The disputed pieces were removed from the Monasterio de Santa Maria de Sijena in neighbouring Aragon under the post-war dictatorship of General Franco, and deposited in Catalonian institutions. Some objects have been returned but religious items, including medieval sarcophagi, remained at Lleida Museum. A spokeswoman for the museum tells us that “the objects are packed and will leave the museum today”. The Spanish ministry of culture declined to comment. 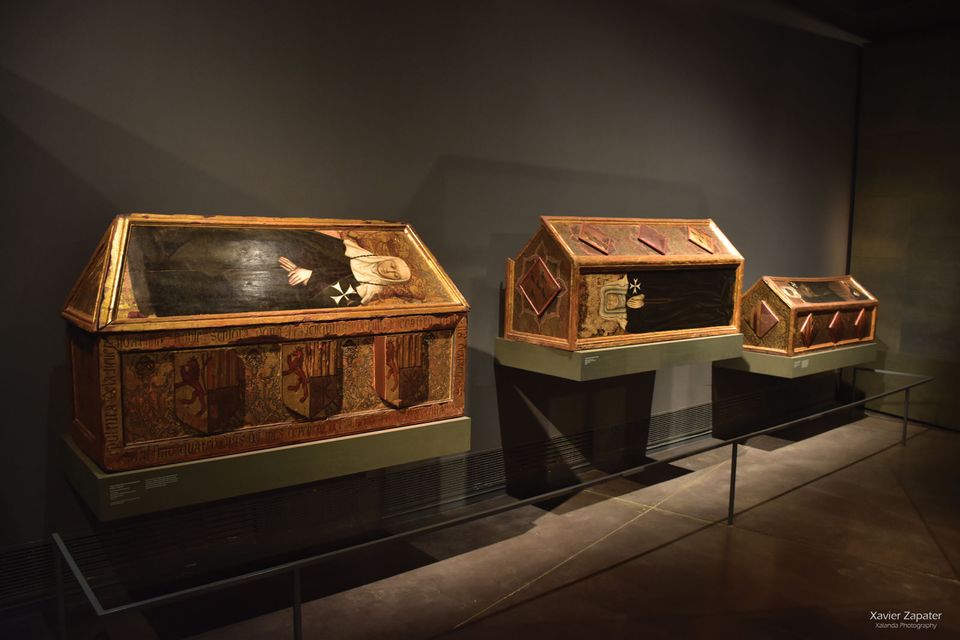 According to a live blog running on the website of the Spanish newspaper el Periódico, officers from the Civil Guard law enforcement force have formed a barricade around the Lleida Museum after crowds gathered there. Officials at the museum tweeted earlier today: “Please do not charge against people who are protesting peacefully.”

In 2015, a court in Aragon ruled that the objects should be repatriated; the authorities in Catalonia lodged an appeal which has yet to be ruled on. After the Catalan government was dissolved early last month following the disputed independence referendum, officials in Aragon took advantage of direct rule by the Spanish government and asked the Ministry of Culture to intervene. Spain’s culture minister, Iñigo Méndez de Vigo, signed a judicial order for the return of the treasures, with the deadline of midnight on 10 December.

Earlier this year, Santi Vila, Catalonia’s former cultural minister, told local press: “Aragonese authorities have a great interest in recovering pieces in Catalan museums, but have no desire to recover other objects from Sijena that are, for instance, in the Prado in Madrid. Why? For political reasons.”