The famous Land Art site in Utah became a popular destination, with more than 700 cars logged at the site in one day 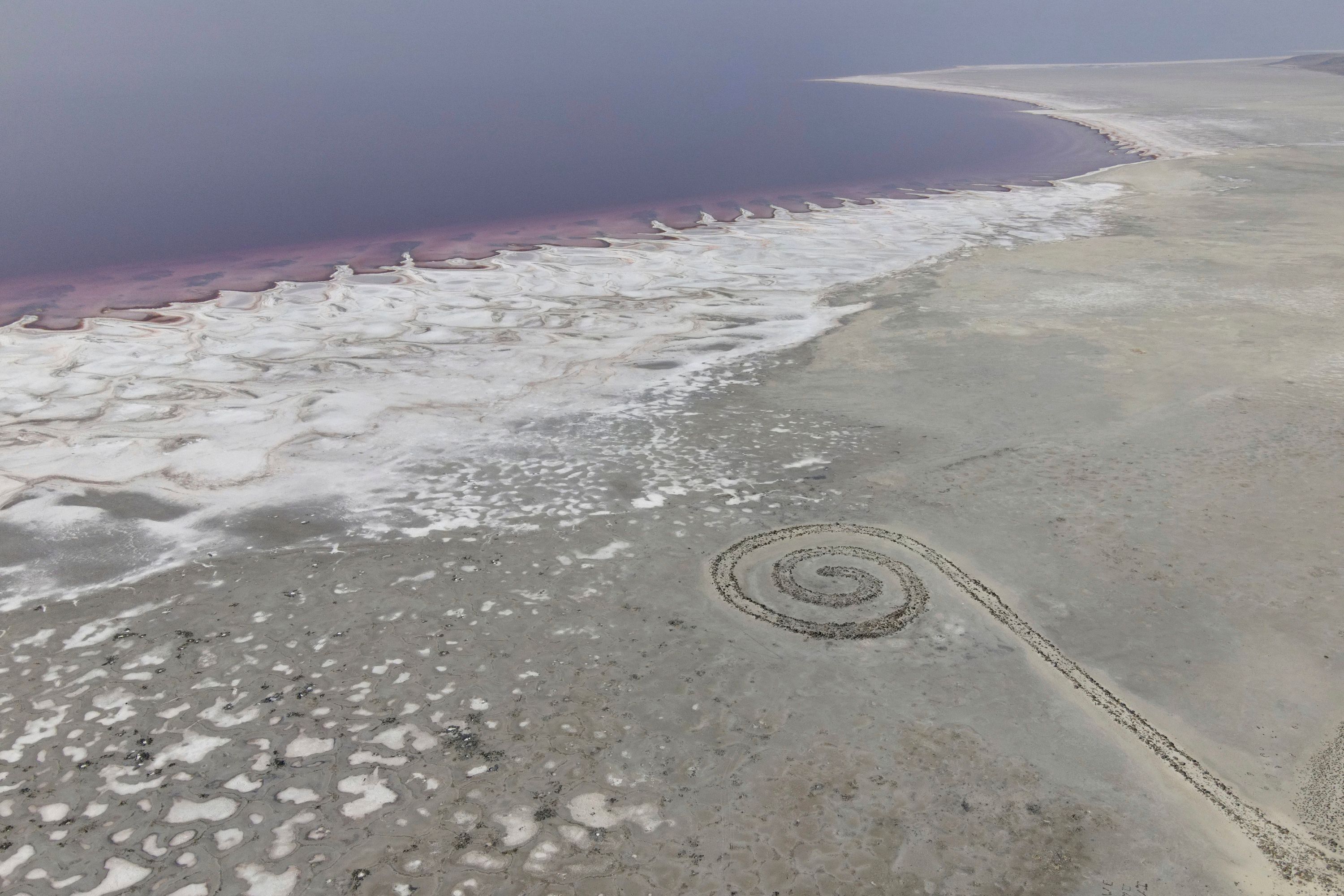 An aerial view shows the Spiral Jetty along the shore of the Great Salt Lake in Utah, in October 2020 AP Photo/Julio Cortez

Robert Smithson’s famous earthwork Spiral Jetty (1970) in the Great Salt Lake in Utah saw a dramatic spike in visitors at the start of the coronavirus pandemic last year, according to an underground car-counting sensor installed in 2017 to monitor visitation to the site.

More than 400 vehicles per day travelled to the Land Art site when lockdown restrictions went into effect in the state in late March, compared to an average of 140 vehicles around the same time the previous year. And on 22 March, when Utah announced its first death from the coronavirus and implemented stricter isolation orders, the site received a staggering 700 vehicles per day.

“There was a big increase in visitors during the pandemic, but the uptick has continued,” says Kelly Kivland, a former curator at the Dia Art Foundation, which oversees the site with the Great Salt Lake Institute, the Utah Museum of Fine Arts and the Holt-Smithson Foundation. “People are still heading out into the expanse of the land.”

The surge in visitors to Spiral Jetty has recently led officials in Box Elder County to buy around 10 acres of land near the site so they can build amenities, such as more parking and toilets. “We were having 60 to 100 cars an hour on weekends,“ county commissioner Stan Summers told the local TV station KSL. “It was getting to the point that it was a steady line of cars.”

Other outdoor cultural destinations in Utah have been negatively impacted due to increased visitation, including some ancient rock art panels that were vandalised in the past few months. But Spiral Jetty attracts “fantastic visitors, who for the most part keep the site well-maintained”, Kivland says. “People who travel there respect the place and follow the leave-no-trace rule, something that is ingrained in those who live in the West.” 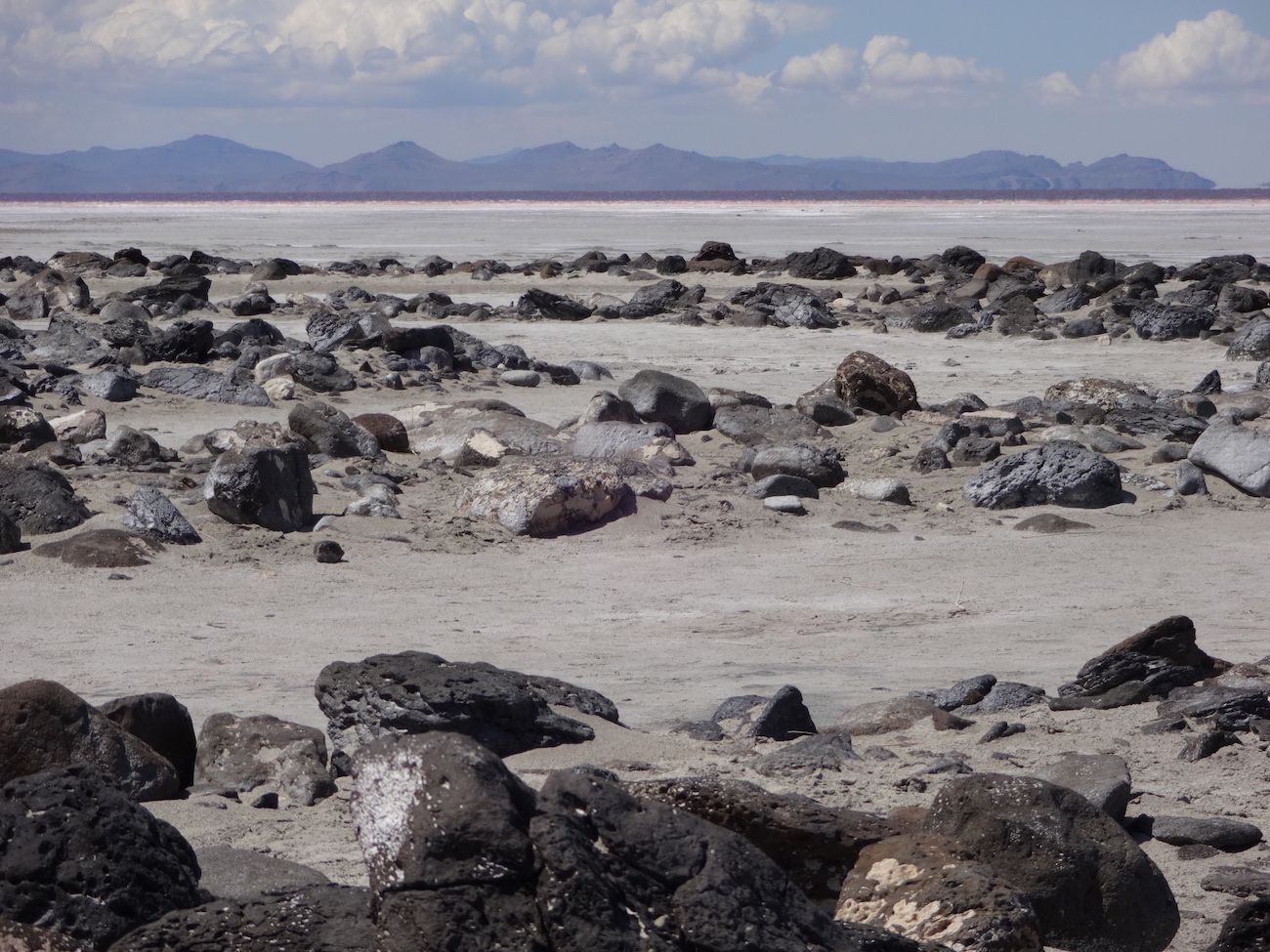 While visitors might be mindful of their footprint, climate change has not been so kind, and the Great Salt Lake into which Smithson built Spiral Jetty has faced a severe drought for years. “Around a decade ago, there would be fluctuations in the water level around the work—from summer to fall, it was at a lower level, then at a higher level in the spring after the winter runoff, when you would need wellies to walk around the site,” Kivland says. “That is no longer true.”

Smithson intended the work to adapt to the elements and there are no plans to conserve or move it. The 1,500ft-long sculpture, which is made from more than 6,000 tons of displaced basalt rocks, has been fully exposed from the water since 2004.

“As stewards of the piece, our task is not to think about conservation but to think long-term about Spiral Jetty—to raise awareness about this iconic earthwork in our state and also the important ecological research that happens around it,” says Whitney Tassie, the senior curator of the Utah Museum of Fine Arts.

The Great Salt Lake Institute, an undergraduate college that leads field research in the region, is now exploring the “complex biological properties of this understudied place”, says Jaimi Butler, the coordinator at the school. The gravel road that leads to Spiral Jetty also happens to be the main access point to the distant shoreline of the Great Salt Lake, which is a valuable resource for scientists studying extreme ecological conditions. “That road is key to accessing that pink, high-saline water,” she says.

The tar seeps that have formed around the lake as a result of the decade-long drought are also used “as an analogue measurement for the changing climate”, Butler says. “We note when animals become trapped there—which they do like flypaper—and also sample the microbes that feed on the tar seeps, which could offer solutions on how to deal with things like oil spills and other critical environmental problems.”

The institute recently worked with researchers from NASA, for example, to sample the site and compare it to that of the Gale Crater, discovered on Mars in 2013. “The crater used to be a lake, full of salt and minerals, and experts believe that it and the Great Salt Lake have extremely similar properties,” Butler adds. “There’s a lot we can still learn from this remote, strange place, beyond the art that sits there.”