The Dutch Golden Age artist Pieter Jansz Saenredam (1597-1665) had a Medieval tale about a knight, a magical horse, a tyrannical emperor, brotherly love and the Crusades on his mind when he created The Choir of the Saint Bavo in Haarlem (1636). 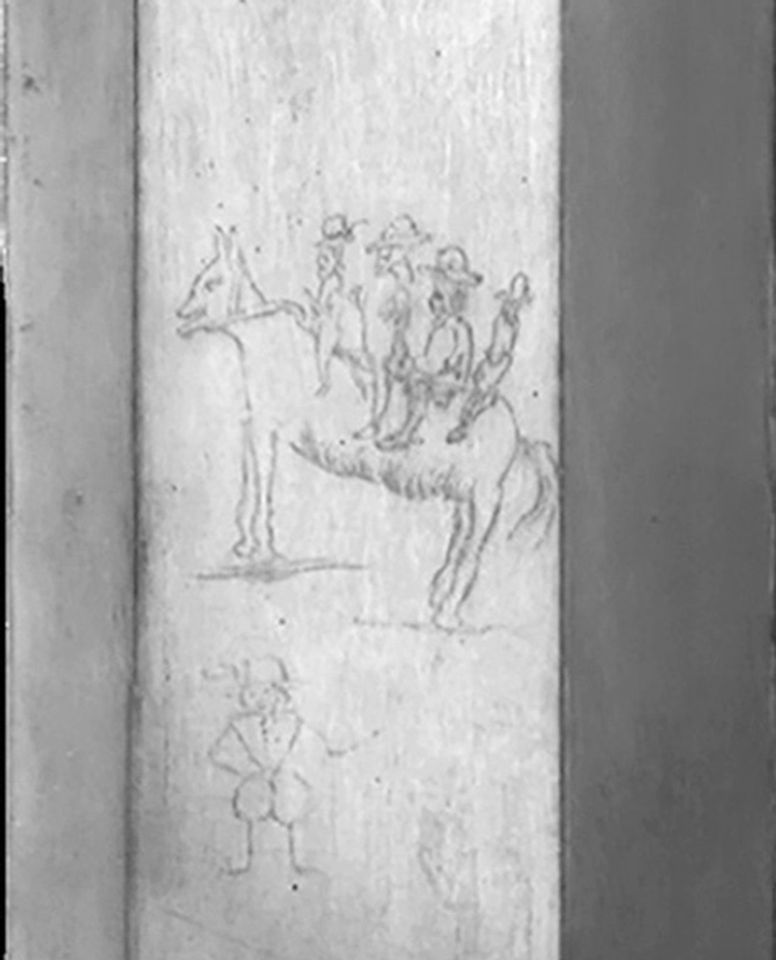 This new information is only known because infrared reflectography (IRR) was used to peek beneath the paint layers to see the original drawing hidden underneath. In Saenredam’s drawing, a sketch of four men sitting on a horse is drawn on the left pillar. The graffiti, a scene from the poem of the Aymon of Dordogne, is not in the painting. And the artist’s signature, which had been written under the carefully drawn doodle, was moved to the base of the right pillar in the finished composition.

The painting and the corresponding IRR image are shown side-by-side in the final room of the National Gallery of Art’s exhibition Drawings for Paintings in the Age of Rembrandt, to show how artists often drew directly onto panel and canvas before applying paint. “It is a very important part of the narrative that we wanted to tell,” says Arthur Wheelock, the museum’s curator of Northern Baroque paintings. “It is an intermediary step that we know very little about.” The show, co-organised by Paris’s Fondation Custodia where it travels next, comprises 100 drawings and 25 paintings, including around five with images of their respective underdrawings by Jan van der Heyden and Pieter Molijn among others.

Wheelock collaborated with the museum’s senior imaging scientist John Delaney and his team who developed a registration and “mosaicking” algorithm that precisely aligns layered images collected by various imaging techniques, including X-ray and IRR, so subtle compositional differences can be seen and studied. Delaney says it is a tool to process images so that drawings can be pulled out and separated from paintings. “We make images for art historians that are tractable and exploitable as opposed to making scientific graphs, which to be honest are meaningless to [most people outside the science world],” he says. “We’ve had conservators, who know a painting in and out, tell us that they’ve noticed a lot of subtle changes that they had previously missed because the images had not been overlaid.” Several museums, including the Art Institute of Chicago, have used this algorithm to examine their collections. And Delaney’s team has also created tools to chemically map pigment binders in Renaissance paintings.

Although Wheelock says reflectography is “fabulous”, he also warns that it has its limitations and that it is important not to make sweeping conclusions based on partial information. However, on the whole, he says, imaging technology can open up new avenues of exploration and offer new ways to “think and reflect on works”. He says: “You discover things that make you stop and think again and that is  one of the exciting parts of studying Old Master paintings these days.” For Delaney, a physicist with a background in advanced and analytical imaging, it is the collaborative nature of the work that is so rewarding. “It’s great to have curators come down every other day and ask us what we found and then tell us what is important about what we’re seeing.”