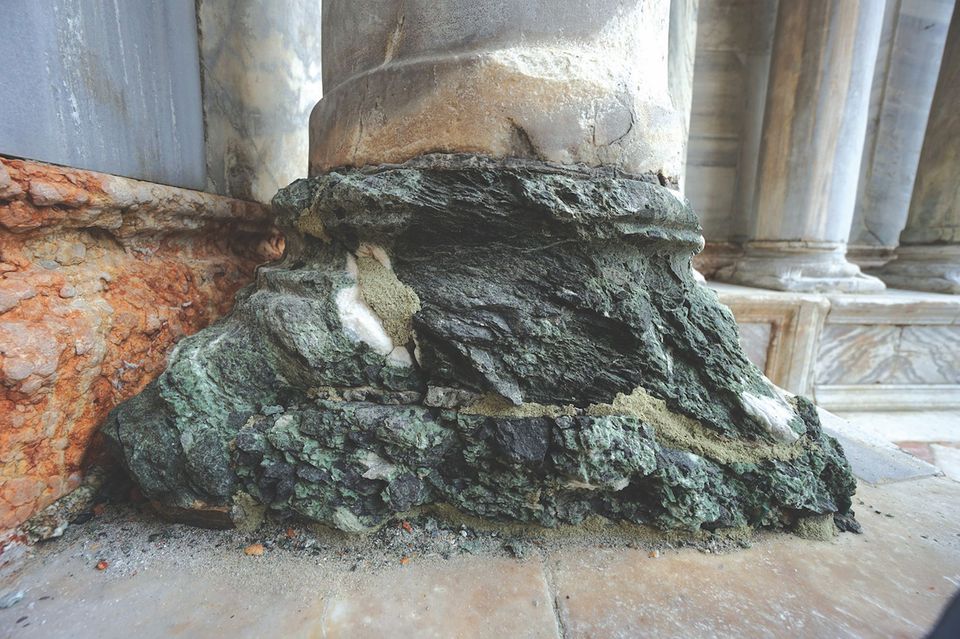 Never in its 1,000-year history has the basilica of St Mark been suffering such damage from floodwaters, says Carlo Alberto Tesserin, the president of its governing body, the Procuratoria. At a press conference held one month after the great flood of 12 November, when the water in Venice reached 187cm above mean sea level, he said that “appropriate measures” will have to be adopted to protect it between now and 2021, when the Mose flood barriers are expected to become operative.

What these “appropriate measures” are he revealed the same day to the local newspaper La Nuova Venezia. He explained that the Procuratoria’s technicians are working on a scheme to surround the basilica on the side of the square with a two-metre-high Perspex wall and sheet piles sunk four metres deep into the ground.

The Procuratoria is well aware that the proposal is likely to arouse controversy and has said that it will need the agreement of the government bodies responsible for the protection of the city’s heritage. It hopes that it “will have the support of everyone—Venetians, Italians and the whole world—to whom the great cultural and spiritual heritage of St Mark’s basilica belongs”.

The architect in charge of the basilica, Mario Piana, showed how salts in the water are eating away at the richly coloured marbles, loosening the ancient floor mosaics and rising ten metres up the walls to attack the mortar holding the golden dome mosaics that are one of the masterpieces of Christian art. The disaster is not like an earthquake, where the damage is immediately visible, he said, but a long, slow attrition. 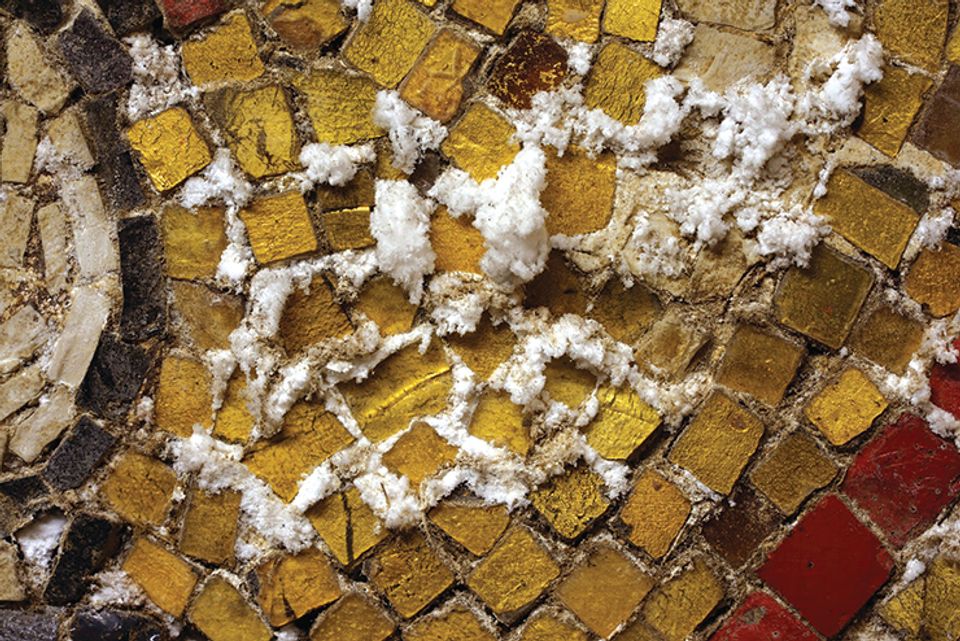 The cost of repairing the damage caused by the repeated tidal flooding in November is estimated at €3m, but the regional government has voted only €1m for the works. A system of valves that has been used successfully in the narthex to prevent water backing up the drains will now also be applied to the back of the church and the crypt, which will stop flooding up to 88cm above mean sea level, but above that the church is unprotected.

St Mark’s square is the lowest-lying part of Venice. It begins to flood at 85cm and is completely under water at 100cm, yet the declared policy for the mobile barriers is that they will be closed only when the water reaches 110cm above sea level in order not to impede the passage of container and cruise ships into the lagoon ports.

Last month’s statement by the mayor of Venice, Luigi Brugnaro, that he backed the city’s port proves yet again there is no coordinated plan for Venice that balances its incomparable heritage value against short-term commercial considerations.