Both artists have been detained by Russian authorities 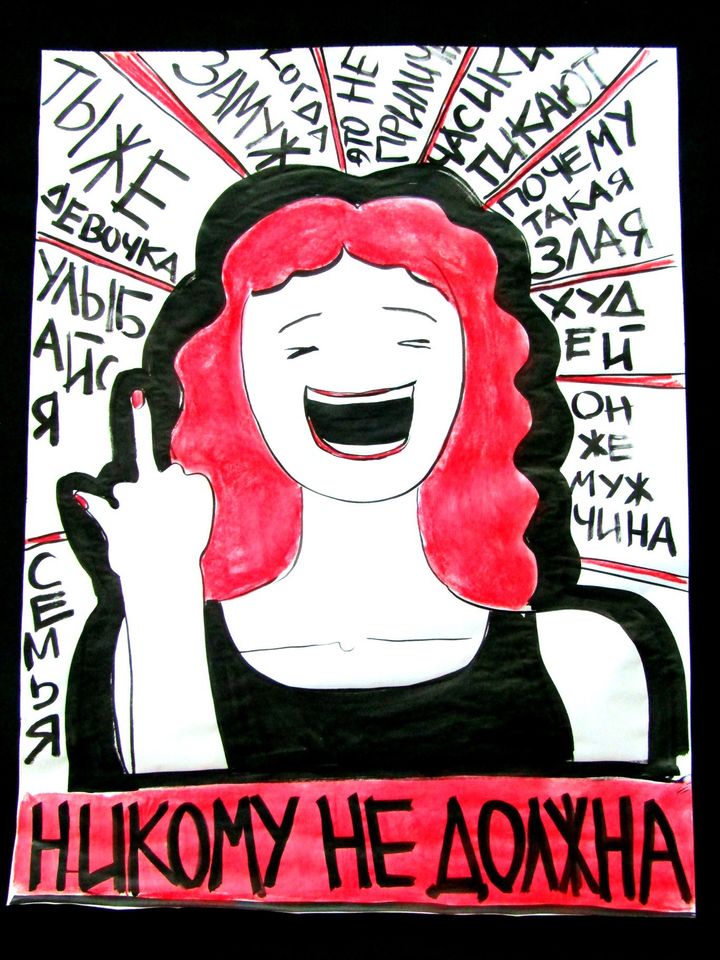 Yulia Tsvetkova, Untitled (2018). (Translation of text in red at the bottom 'you don't owe anyone anything'. Around her are written comments like 'smile', 'lose weight', 'family' etc.) © the artist

In a bid to enrich its collection with socially critical contemporary art, the Stedelijk Museum in Amsterdam has acquired 15 works by Yulia Tsvetkova, an LGBTQ activist artist who is facing up to six years in prison for her body positive feminist drawings.

The museum also purchased police station sketches by Anna Tereshkina, who was detained in St Petersburg in June for protesting against the imprisonment of two young men accused of being involved with an anti-government terrorist organisation.

According to a museum statement, both artists are “systematically silenced by the Russian state,” and “these latest purchases express the Stedelijk’s solidarity with these artists” as well as “a renewed focus on collecting work from Russia and the (former) Soviet Union.” The museum is known for its collection of Russian avant-garde art, especially by Kazimir Malevich. Anna Tereshkina, Untitled (from the police station series, 2020) © the artist

Rein Wolfs, the Stedelijk’s director, tells The Art Newspaper that the museum’s curator-at-large, Adam Szymczyk, “has a strong network in Eastern Europe and broader Europe, partially also going to back to his Documenta 14 days” and “brought our attention to the work of Yulia Tvsetkova.”

The acquisition includes the works by Tsvetkova that are under investigation as well as drawings that she made after her arrest in 2020 and works donated by the artist. The Stedelijk has been promoting the works on Instagram.

The Art Newspaper’s attempts to reach Tsvetkova by phone failed as they coincided with aggressive banging on her door. 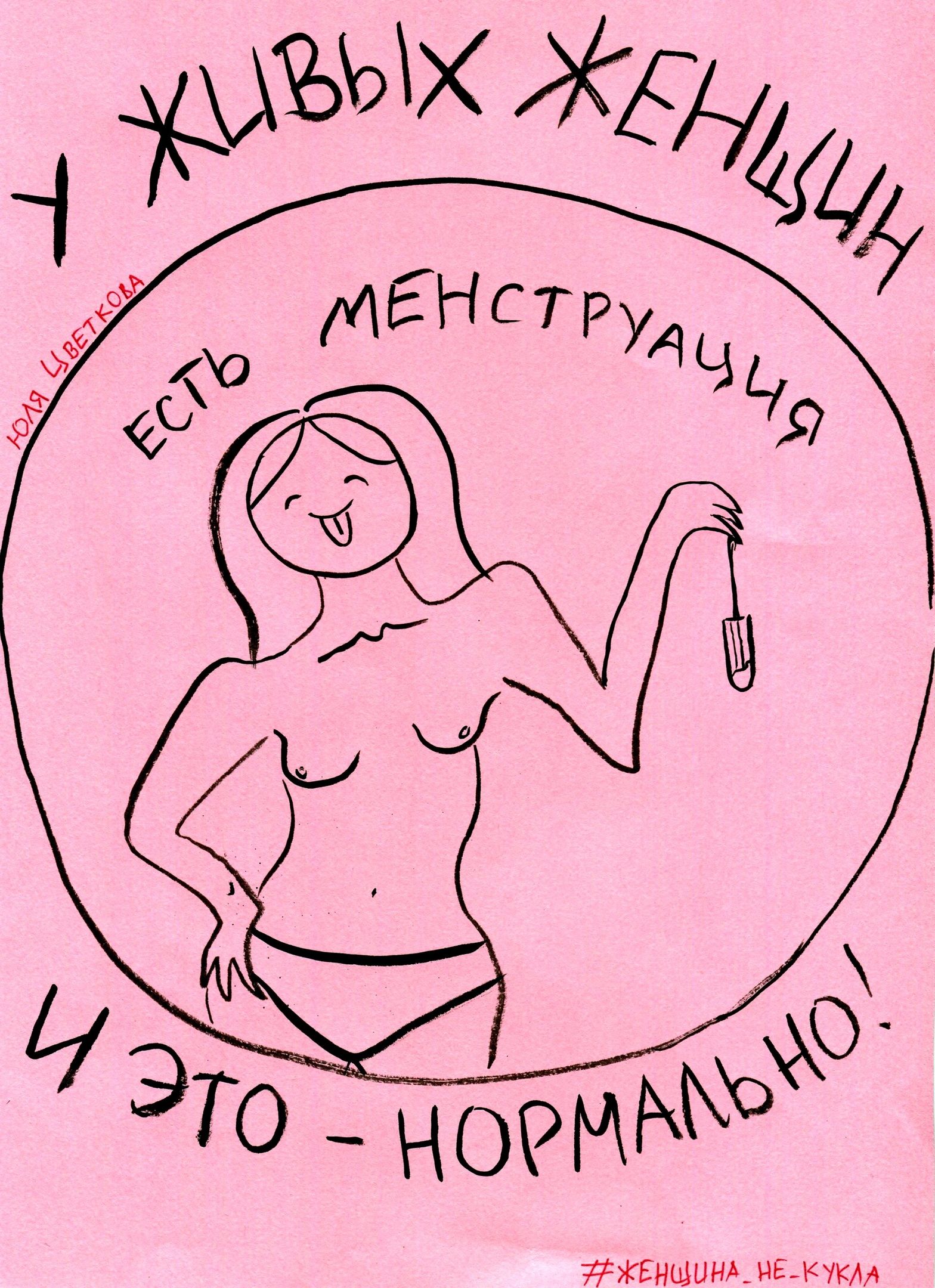 Yulia Tsvetkova, Woman not a doll (2018) (translation: living women menstruate and this is normal) © the artist

Her mother, Anna Khodyreva, an arts teacher, agreed to speak about the pressure Tsvetkova has been under since the first charges were levied against her in 2019, describing it as an "unrelenting campaign of harassment".

Tsvetkova was under house arrest and fined for promoting “gay propaganda” for a drawing depicting same-sex families. Tsvetkova is appealing the fines via the European Court for Human Rights. The ongoing criminal case has much more severe consequences.

On the one hand, Khodyreva laughs at contorted efforts by the Investigative Committee, Russia’s equivalent of the FBI, to prove that her Vagina Monologues series is pornography. She says an international letter-writing campaign, which she hopes will continue, has successfully stymied investigators since they are obligated to respond to every query.

At the same time, she says, life for Tsvetkova, who has been drawing since childhood, has become hellish. “We are not in a normal state right now,” Khodyreva says. “We've had fake journalists come to us”, and “for all intents and purposes, we're living like in a minefield.”

The purchase by the Stedelijk “is like a very bright light in all of this,” she says. “I think she is a captivating artist.” The acquisition has gone unreported in her home city of Komsomolsk-on-Amur, however, where “there is a total ban on speaking about Yulia, not just on saying something good, but something bad as well.”