Controversial 'hip-hop version' of the Virgin Mary given to MoMA 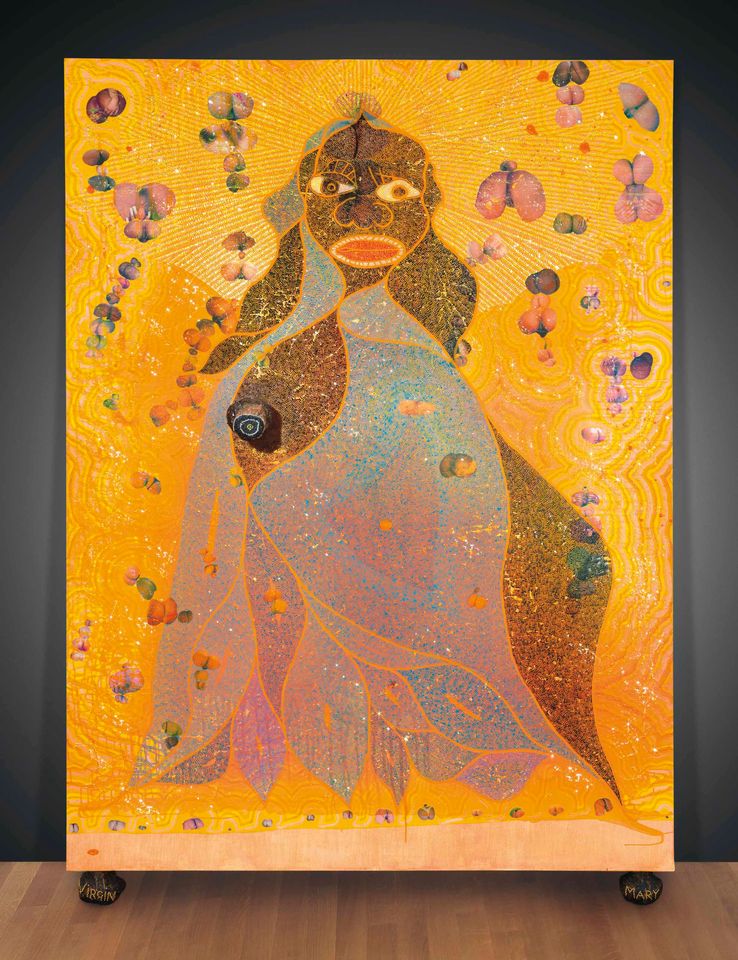 The artist Chris Ofili's provocative canvas The Holy Virgin Mary (1996) has entered a public collection. Bloomberg reports today (18 April) that the hedge fund billionaire and museum trustee Steve Cohen has gifted the work to the Museum of Modern Art in New York.

The work returned to New York to a better reception as part of Ofili's well regarded solo show at the New Museum in 2014, and it was sold at Christie's in 2015 by the Australian collector David Walsh (who bought the work from Saatchi) for £2.9m ($4.6m), still an auction record for the artist. Today, the work can be found in most art history textbooks and surveys of contemporary art. "As an altar boy, I was confused by the idea of a holy Virgin Mary giving birth to a young boy," Ofili explained of the work at the time. "Now when I go to the National Gallery and see paintings of the Virgin Mary, I see how sexually charged they are. Mine is simply a hip-hop version."