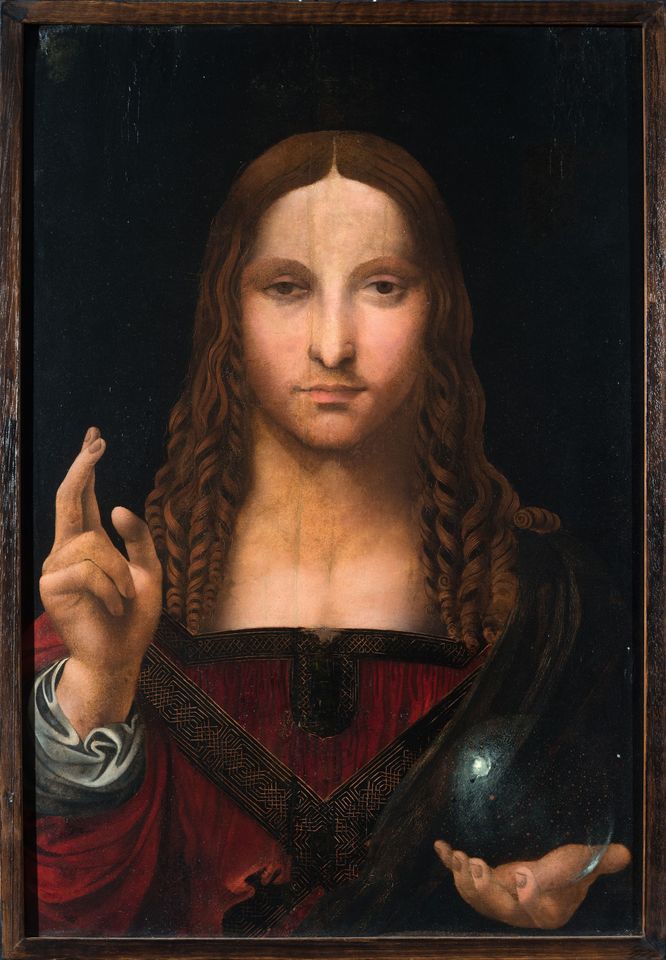 The Naples Salvator Mundi, attributed to a follower of Leonardo, was stolen from the Museum of San Domenico Maggiore © SAN DOMENICO MAGGIORE, NAPLES

A 16th-century copy of Leonardo da Vinci's Salvator Mundi that was stolen from a basilica museum in Naples has been recovered by Italian police.

Thought to be executed by a student of the Renaissance master, the painting was found during a police search in an apartment around 7km from the Museum of San Domenico Maggiore. The owner of the property, reported to be 36-years-old by Agenzia Italia, has been taken into police custody under suspicion of receiving stolen goods.

The work is modelled off Leonardo's famous Salvator Mundi (around 1500), which since its record breaking $450m sale in 2017 has been the subject of intense media speculation surrounding its mysterious whereabouts, disputed attribution and fraught loan arrangements.

The Naples version, dated to around 1508-13, is one of just three (including Leonardo's painting) that are closely replicated in a 1650 engraving by Wenceslaus Hollar. There are around 20 extant copies of the Salvator Mundi attributed to the school of Leonardo.

While the museum states that the "most convincing" theory of its painter's identity points to Leonardo's student Girolamo Alibrandi, the Leonardo restoration expert Dianne Modestini believes the work could be by another pupil—his "little devil" lover Salaì.

Neither theory discounts Leonardo's own contribution to the work.

It was brought to Naples from Rome by Giovanni Antonio Muscettola, an envoy and advisor to the Holy Roman Emperor, Charles V and was given to the museum's Hall of Liturgical Objects situated within a convent with an adjoining basilica, according to the museum's website.

The work recently returned back to the Italian capital, having been exhibited at the Villa Farnesina for the 2019 exhibition Leonardo in Rome: Influences and Legacy, where it was restored during a technical study. While some Italian press have reported the police as stating the work to have been stolen two years ago, the museum has said that the work was in its possession in January 2020, when the Rome exhibition closed.

The Museum of San Domenico Maggiore did not respond for comment at time of this article's publication.