Stored in a basement, Canadian woman’s painting turns out to be valuable Tom Thomson sketch

The work is due to be auctioned in Toronto with a high estimate of $135,000—and will fund a Mediterranean cruise for the owner and her friend 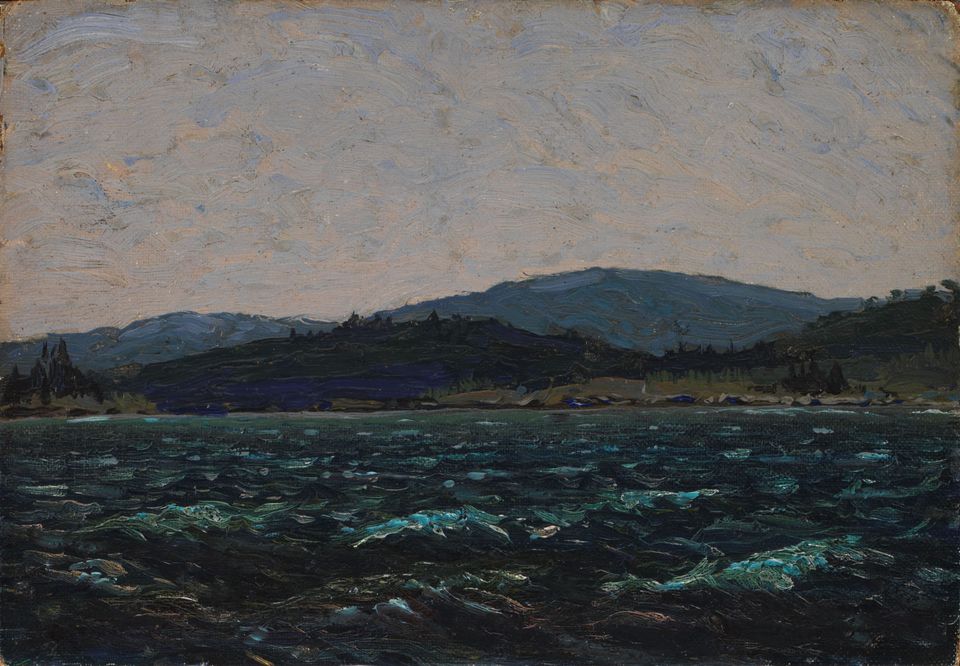 Glenna Gardiner, a retired nurse from Edmonton, Canada, thought so little of a painting handed down by her dad two decades ago that she kept it hidden away in her basement, and mailed it away as a “gag” gift to a friend in British Columbia for her 70th birthday. Recently authenticated as a preparatory sketch by the painter Tom Thomson for a larger piece now in the National Gallery of Canada, the work is being auctioned at Heffel in Toronto next week, with a high estimate of C$175,000 ($135,000).

Gardiner’s father had long claimed that the small landscape, showing a choppy lake and mountains, was by Thomson, the unofficial eighth member of the Group of Seven artists. (The collective formed two years after his death by drowning during a canoeing trip). But her dad was a prankster, Gardiner said, so she never believed him. Her nursing school friend Marit Mayne showed an interest in it and thought the work merited a closer look. After Gardiner sent her the sketch as a birthday gift, the two struck a deal: they would take a Mediterranean cruise if it turned out to be “worth something”, Gardiner tells us. 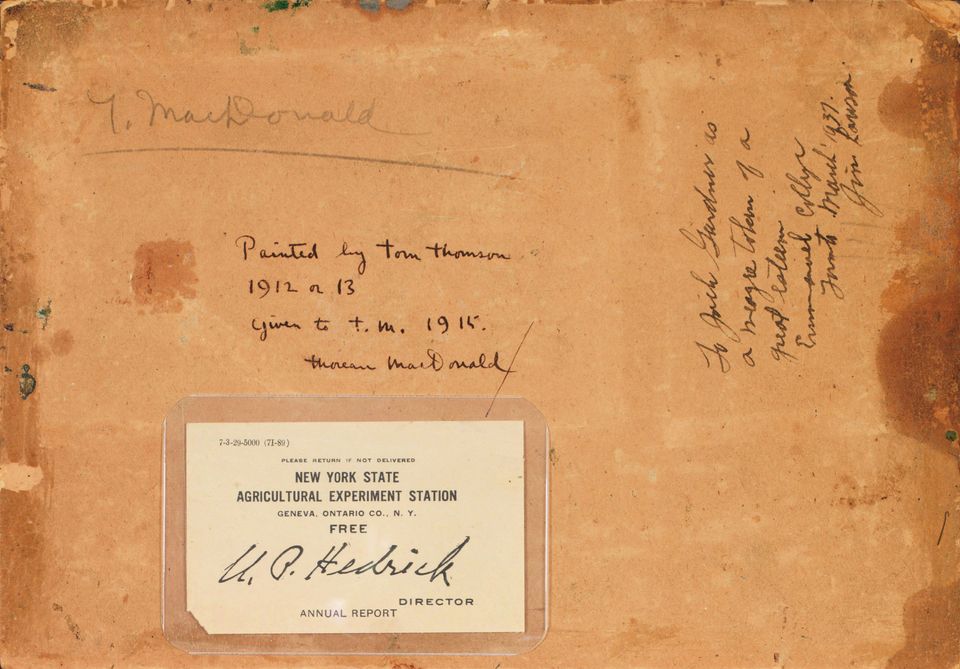 At the auction house’s offices in Vancouver, its vice-president Robert Heffel uncovered an inscription on the back attributing the work to Thomson, and a conservation lab found the painting includes “Freeman’s White”, a type of pigment only used by the Group of Seven artists at the time. The work, now titled Sketch for Lake in Algonquin Park (1913), goes up for auction on 30 May, with an estimate of C$125,000-C$175,000—although several Thomson sketches have realised seven figures at Heffel sales in the past.

“The estimate is conservative because it’s from 1913, an earlier work,” Robert Heffel says. “Because Thomson died so young, the most valuable works are ones painted around 1917. But it is a very good example from that time period. We’re excited to see what happens—it comes with such a great story and every indication is that this painting is going to do very well.”

Gardiner says she is still a bit stunned by the turn of events. “It’s unbelievable,” she says, “it’s a big chunk of change”. She adds that she hopes the painting “goes some place where it’s not going to be hidden away again”. As for the cruise, it is a done deal. “We are booked for next May—the reservations are in,” Gardiner says. “There will be three of us. My friend’s husband is coming, too. He’s going to carry our bags.”