Sotheby's sale fell below estimate while Christie’s provided some cheer, showing there is still money in Monet – but only the right one Coming at the end of a strong year, post-Art Basel and with the rich May sales beforehand, both supply and demand felt rather wrung out as the London auction season got under way with Sotheby’s sale of Impressionist and Modern art on 19 June.

The firm’s mainly run-of-the-mill, 36-lot catalogue had few highlights and was estimated at £99.7m to £124.6m. It was marked by a substantial number of guarantees, with three-quarters of the sale, or £74m on low estimate, pre-sold in this way. A last-minute irrevocable bid (IB) had been tacked onto the top lot–Picasso’s 1932 Buste de Femme de Profil (Femme écrivant), which was already guaranteed by Sotheby's–and Giacometti’s appealingly spindly Le Chat, cast in 1955, also carried an IB, and sold for £12.6m (all prices include fees).

However, the mood in the room was downbeat, if not quite the “car crash” that the London dealer James Butterwick called it. Nevertheless, the total of £87.5m, with 72.2% sold by lot, fell well short of last year’s £129m for the equivalent sale. A number of works went for less than estimate, including seven carrying guarantees; three with house guarantees did not find buyers at all, among them two Monets from a group of four rather out of fashion Impressionist works from an American collection, all of them guaranteed by Sotheby's. The auctioneer, Helena Newman, said afterwards: “We’re happy to hold them and they will probably sell strongly privately.”

All the same, she conceded that the sale was tough, coming at the end of the “blockbuster May” but pointed out “encouraging moments in terms of Russian buying”. She also noted that Giacometti’s Buste de Diego, cast in 1957, went to a Japanese collector for a low-estimate £2.9m. The two top lots were the much-touted Picasso which fell short of its unpublished pre-sale estimate of $45m—given in dollars—and sold on a single bid of £27.3m ($36m), presumably to the IB guarantor.

Coming in second was Giacometti’s bronze cat which had been withdrawn from sale in New York in May. Then it carried a $20m estimate; this time around, with a lowered, $15m estimate on request (again in dollars) it found a buyer at £12.6m ($16.7m), going to the Hauser & Wirth gallery.

The mood changed the following night at Christie’s Impressionist and Modern art sale, which showed a dramatic uptick. Brightly conducted by Jussi Pylkkänen, the auction raised just over £128m, with premium, in the middle of expectations of £96m-£134.5m—which does not include premium. The firm sold 84% by lot and the atmosphere was lively in contrast to the previous evening, even if the saleroom was not full.

There were just two guarantees, both laid off at the last minute to third parties. 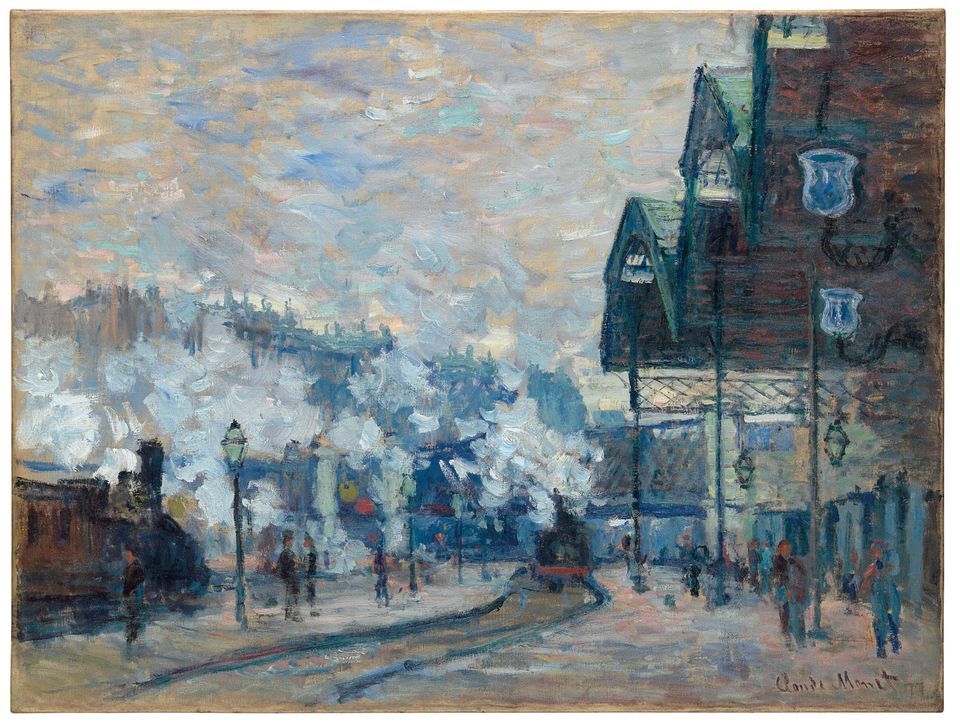 Top lot was Monet’s atmospheric La Gare Saint-Lazare, Vue Extérieure (1877), one of a series of 12 paintings of the Parisian station, which made just short of £25m against an unpublished target of £22m-£28m; the price was in line with the $33m that another one of the group sold for at the Rockefeller sale in New York in May.

The Monet beat out the cover lot, Picasso’s Femme dans un Fauteuil (Dora Maar, 1942), one of the two guaranteed lots, and which fell just short of low estimate at £19.4m.

But there was a divine surprise in Franz Marc’s small but beautiful Drei Pferde (three horses), a colourful gouache from 1912, which galloped above its £2.5m-£3.5m estimate to fetch a rollicking £15.4m. Also going over estimate was Rodin’s bronze Baiser, one of just three cast by Griffoul & Lorge between 1888 and 1890. Last sold in 2000, it made £12.6m, above its target of £5m-£7m, going to Sotheby’s Asia vice-president, Elaine Holt, for a client. 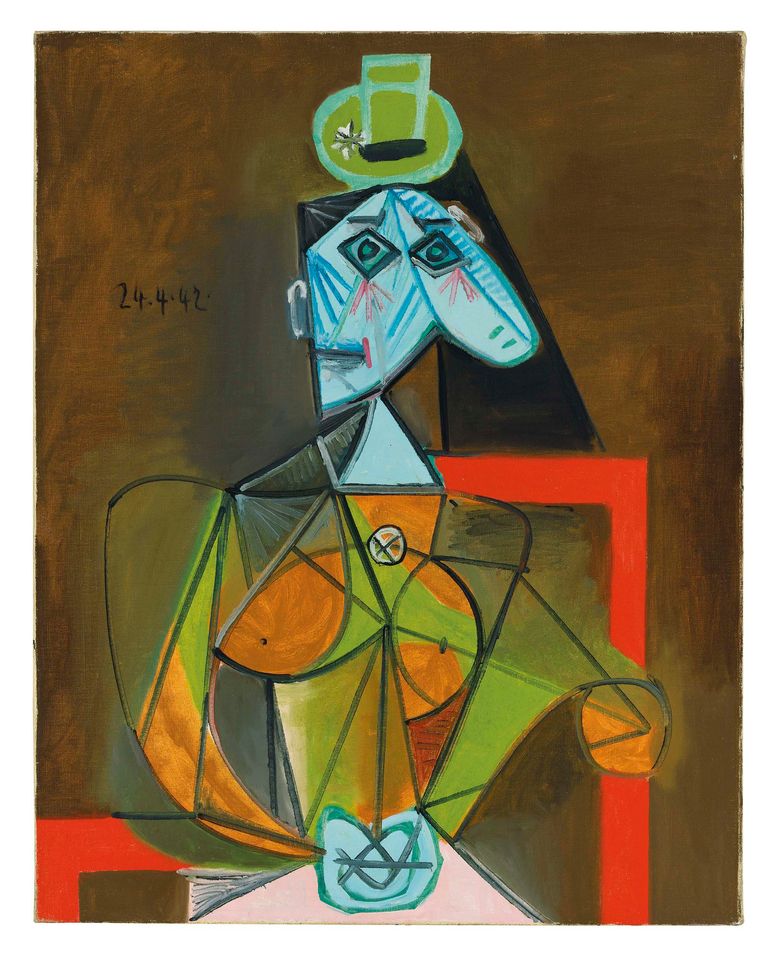 Indeed, Asian bidding was strong throughout the sale; the department’s co-chairman Giovanna Bertazzoni said that that Asian bidders accounted for about one-third of the total. Notable was the interest from China and Japan for a group of four Camille Claudel bronzes, which all went to a single client bidding through Holt and underbid by Christie’s client adviser Sumiko Roberts. The most expensive two went for £1.1m each.

Probably the most inexplicable result was Cézanne’s La Conversation (1870-71), a frankly hideous composition showing two crinolined women in a park. Estimated at £1m-£1.5m, it sold for £1.2m to a client of James Butterwick. He also bought an Henri Matisse from 1905, Oliviers à Collioure, painted in a colourful pointillist style, for just over £3m, in the middle of its £2.5m-£3.5m estimate.

While the evening sale might not have been as “fabulous” as Bertazzoni said, it provided nevertheless a welcome boost for the market and a good augury for the contemporary sales next week.