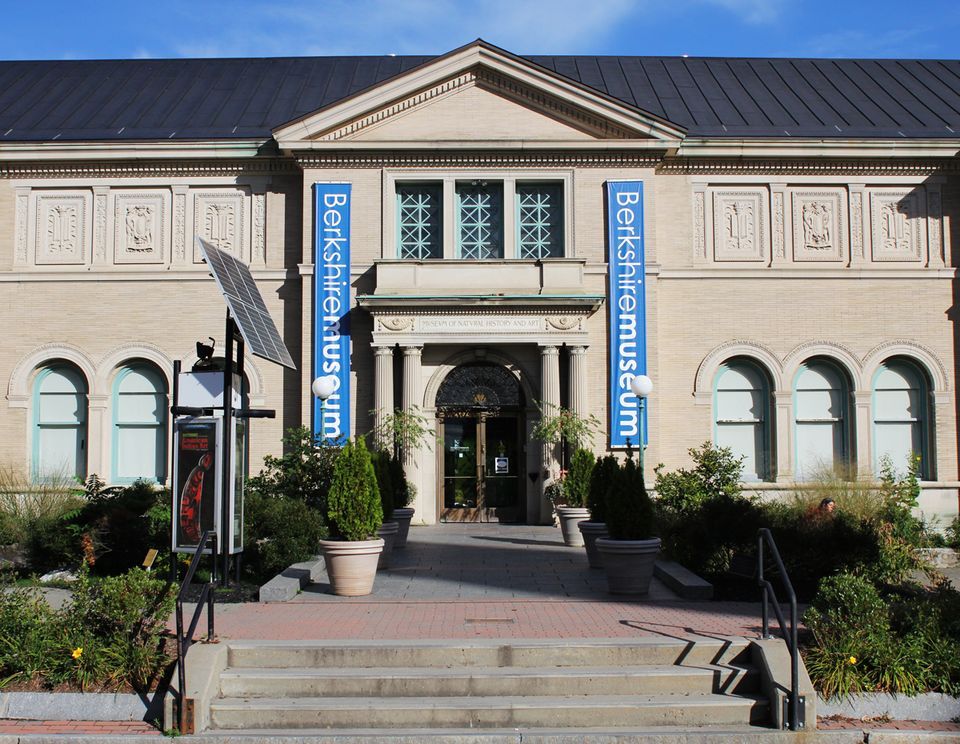 The Berkshire Museum in Pittsfield, Massachusetts

The Berkshire Museum’s contentious sale of works to fund a renovation cleared its final legal hurdle on 5 April with the decision by Justice David Lowy of the Supreme Judicial Court of Suffolk County to approve a new plan submitted in February with the backing of the Massachusetts Attorney General’s Office. This allows the Pittsfield museum to go ahead with a series of auctions at Sotheby’s in New York, which were halted at the eleventh hour last year and could start up again as soon as this May, with the goal of raising up to $55m. One of the most valuable works in the museum’s collection, Norman Rockwell’s Shuffleton’s Barbershop (1950) estimated to be worth around $30m, will remain on public view, with an unnamed non-profit museum in the US acquiring for an undisclosed price. It will first go on display at the Norman Rockwell Museum in nearby Stockbridge for 18 to 24 months, and could travel to other museums in Massachusetts.

“There is no question that the Amici care deeply about the Museum and the future of art and culture in the Berkshires” Justice Lowy wrote in his decision, referring to those who filed briefs opposing the sale. “Indeed, the art displayed in the Berkshire Museum enriches the lives of the entire community, and the Museum is a reservoir of cultural nourishment for all who visit.” He added, however, that after a thorough seven-month investigation into the museum’s finances, Attorney General Maura Healey found that it “cannot practicably survive without lifting or amending the restrictions on at least some of the works of art to permit their sale”. Healy will also directly oversee the deaccessioning “to ensure that the public’s interests are protected”, the decision states. In a final footnote, Justice Lowy urged the museum to find similar deals as it did for Shuffleton’s Babershop, allowing the rest of its deaccessioned art to remain accessible to the public. “As the Amici have argued, art is best preserved for the benefit of the many, not the few highest bidders.”

Elizabeth McGraw, the chair of the Berkshire Museum’s board of trustees, said in a statement: “This is great news for the people of Berkshire County and everyone who visits the Berkshire Museum for one-of-a-kind experiences in history, art, and science. We recognize this decision may not please those who have opposed the museum’s plans. Still, we hope people will be able to move forward in a constructive way to help us secure and strengthen the future of this museum, at a time when our community needs it more than ever.” Opponents of the sale include the local artist John Townes, who posted on Facebook: “Now that the Berkshire Museum has ‘won’ the legal right to sell off Pittsfield’s art collection, it is dark news for Pittsfield, the entire concept of public art and resources, and the museum itself. Their ‘victory’ is a pyrrhic one. As the hammer drops at Sotheby’s for the sell-off of Pittsfield’s artistic heritage to wealthy private buyers, the museum is also selling off its public trust.”

The Association of Art Museum Directors released a statement today saying it was disappointed with the decision. "And if the Berkshire Museum proceeds with its current plan for selling deaccessioned works and utilizing the funds for operating and capital purposes," the organisation said, it "will have no choice but to consider taking further action in accordance with its policy, which may include censure and/or sanctions" against the museum.