Surfacing on the market: Buddha of infinite light 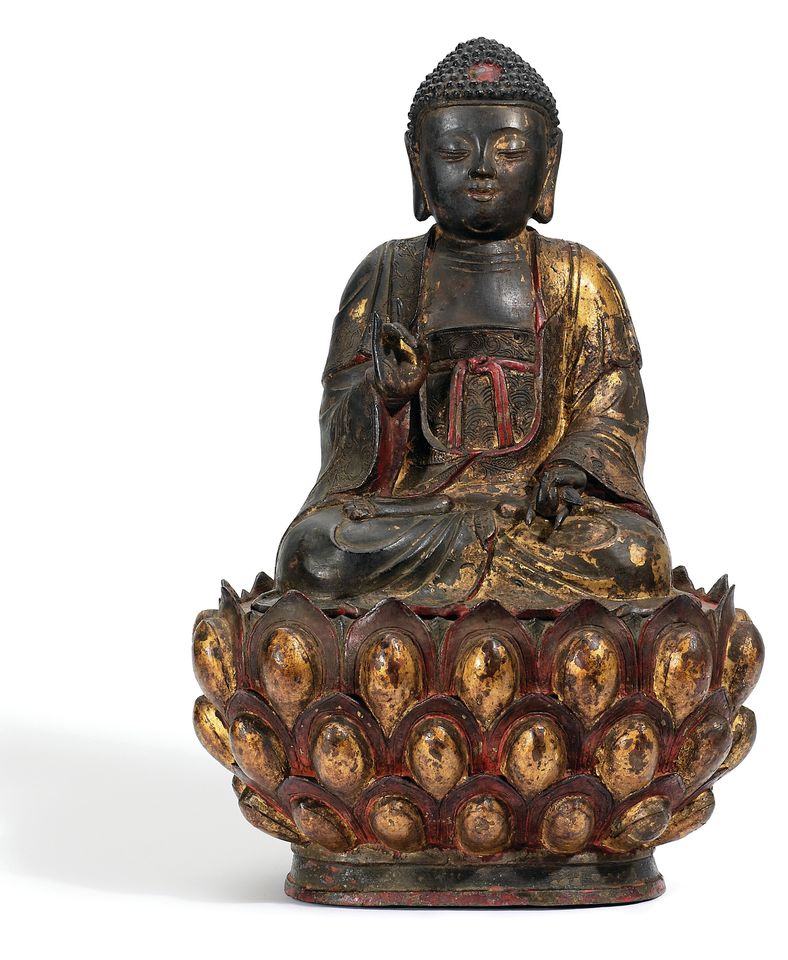 Amitabha Buddha on High Lotus Base

Amitabha, the Buddha of Infinite Light, is a prominent figure in East Asian Buddhism, particularly the Pure Land school followed in China and Japan. This rare bronze Amitabha Buddha (est €25,000-€28,000), which dates from the Ming dynasty (1368-1644), was acquired by a German captain in the Sichuan province of China in 1913. He is depicted in a serene meditative state on top of an exceptionally high lotus base, displaying three, rather than the usual two, rows of leaves. Gilded and decorated in black and red lacquer, he sits in the dhyanasana pose with the soles of his feet turned upwards. The position of his right hand with the thumb touching the index finger, known as vitarka mudra, is typical for this type of Buddha.