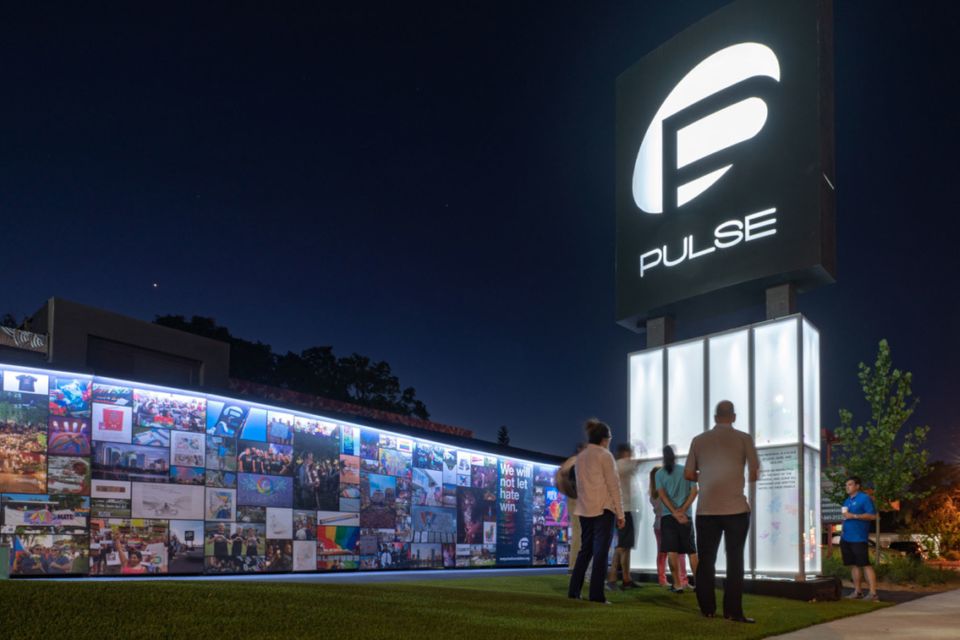 High-profile architecture firms, artists, and landscape architects were shortlisted this year to design a memorial and museum at the site of the Pulse nightclub shooting in Orlando, Florida Courtesy onePULSE Foundation

A group of queer activists, survivors and family members of victims of the 2016 Pulse nightclub shooting in Orlando, the deadliest attack against the LGBTQ community in the US, have opposed plans for a museum on the site. “We humbly ask the public, as well as all private and corporate donors, to give their money to organisations that provide lifetime care to survivors and not towards the expensive museum project,” the Community Coalition Against a Pulse Museum says in a mission statement on its website. “Put people first. We care more about our survivors than educating tourists.”

The group were moved to action after the Orlando Sentinel reported that $40m would be spent on designs and construction of the new museum, $2m on staff salaries—including $150,000 a year for Barbara Poma, the nightclub’s former owner and the CEO of the OnePULSE foundation behind the project—and that the museum would be expected to draw more than 300,000 visitors a year, many from outside central Florida. Local lawmakers have since pushed for an independent audit of the organisation, which is now underway.

Emotions surrounding the museum project and Poma’s continued involvement, have been growing more heated since a group of survivors and victim’s families sued Poma and her husband last year for negligence, saying they did not provide enough security at the LGBTQ club. (Poma opened the club in memory of her brother who died of Aids.) Christine Leinonen, whose son Drew Leinonen died in the shooting, started the campaign to shut down the museum proposals with a petition on Change.org that has received more than 45,000 signatures. “They’re not honoring my son,” she told the Orlando Weekly. “They're making it into a spectacle, a circus. My son is not a tourist attraction. He lived his life with honor, with dignity, with character.”

“Over the next few months, the design teams will meet with onePULSE leadership, a victim liaison, and a survivor to help inform their proposals,” the foundation said at the time of the shortlist was announced. A public exhibition of designs was due take place in October 2019 at the Orange County Regional History Center in Orlando, when the winning team would also be named. The memorial and museum were scheduled to open in 2022.

In a statement, the onePulse Foundation said: “We respect the thoughts and opinions of everyone in the community who was affected by this tragic event and are taking them all into consideration on how we move forward.”

“We think that the nightclub should be torn down. If a memorial is built in its place, it should only be done if the property is acquired by the city, state, or federal government,” the community coalition says in their statement. “All fundraising efforts associated with Orlando's mass shooting need to be directed towards providing lifetime care to survivors.”