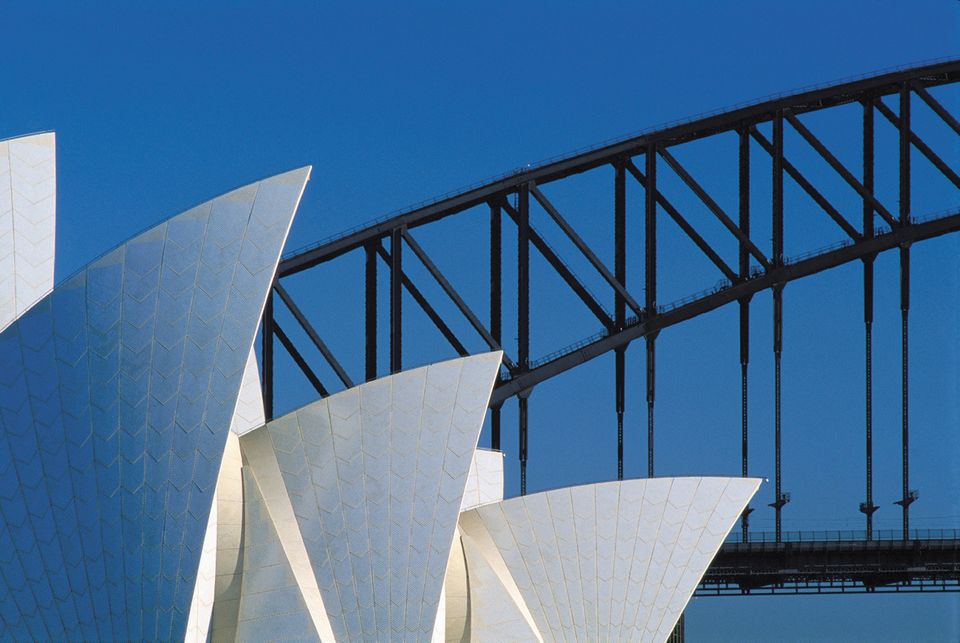 One million brilliant white tiles clad the 65m-tall precast concrete roof of the 43-year-old Sydney Opera House—Jørn Utzon’s Modernist tour de force overlooking the Australian city’s harbour. The glazed ceramic tiles need to be hand-checked, or tapped, every five years by specialist engineers, who abseil down the roof “sails” looking for changes in their sound or appearance. Now, thanks to the combined efforts of the opera house, the Getty Foundation, the University of Sydney and the engineering and design group Arup, this expensive, vertigo- inducing process is a step closer to becoming a thing of the past.

Researchers have added a microphone and sensors to the tile-tapping hammers to improve the quality of information gathered from these tap tests. They are also looking to the field of robotics to see if the inspection process could become fully automated within the next five years.

The study is part of the Getty Foundation’s Keeping It Modern initiative, which funds projects focused on conserving Modern buildings, many of which incorporate materials with previously unknown ageing properties. The Sydney Opera House, a Unesco World Heritage Site, fits the bill because of its extensive use of concrete.

Monitoring of the opera house, as with any steel-reinforced concrete building, is essential to ensure that water does not penetrate the concrete and corrode the internal steel structure. Leaks can lead to cracks, concrete loss and even structure failure.

According to Susan Macdonald, the head of field projects at the Getty Conservation Institute, it is often difficult to determine how well a concrete building is holding up until it the damage is already under way. The concealed position of the concrete, under a layer of tiles, complicates the problem.

The opera house’s chief executive, Louise Herron, adds: “The concrete elements are in generally very good condition and we want to keep it that way.”

Gianluca Ranzi from the University of Sydney says: “The use of advanced technology [developed as part of the project] has provided the basis for the development and prototyping of an effective inspection strategy applicable to 20th-century concrete buildings.”

Macdonald praises the Sydney Opera House staff for making preventative conservation and the “maintenance, investigation and diagnostics” that come with it part of their day-to-day agenda “instead of something that happens every 50 years”. She adds: “This is what we strive for in conservation, and it’s something we haven’t quite got to yet with concrete buildings or Modern buildings generally.

“We want conservation embedded at the core of the asset management plan.”

Antoine Wilmering, a senior programme officer at the Getty Foundation, says the opera house “is leading the field” in its approach to conservation and that it can serve as a model for other institutions.

The opera house was the world’s first major building to use computers in its construction on such a scale. Macdonald is pleased that, with the Getty’s help, this trailblazing spirit remains at the heart of the building’s long-term preservation plan.