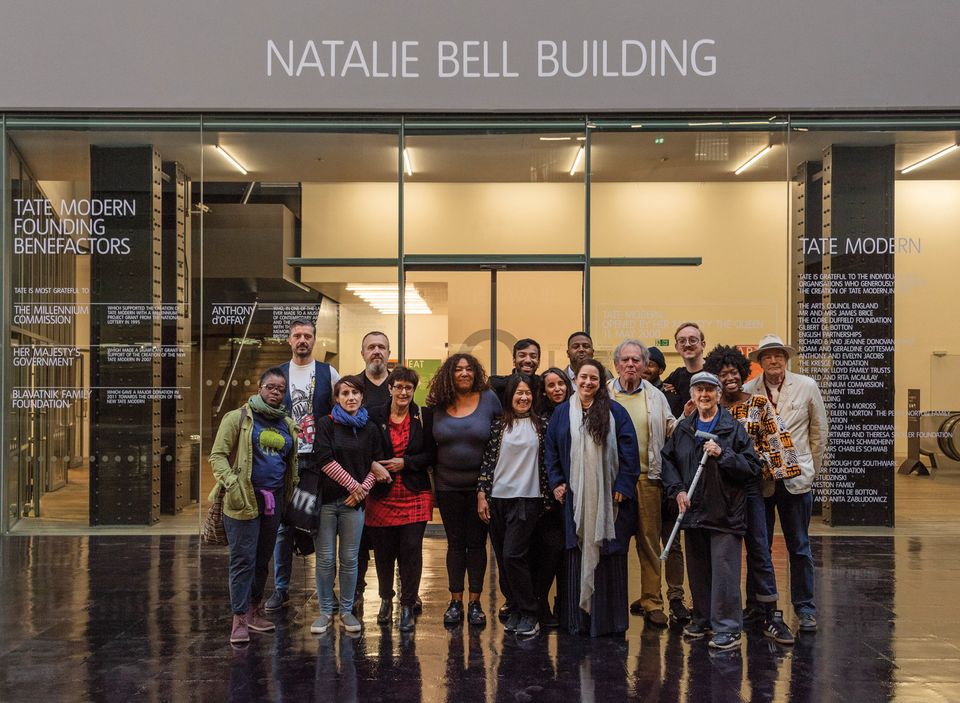 It seems an uneven match: on one side the billionaire Len Blavatnik, who reportedly donated more than £50m to the Tate; on the other, a south London activist called Natalie Bell who has donated her time to helping the local community. But now, both have buildings at Tate Modern named after them.

As part of her Turbine Hall commission last year, the Cuban artist Tania Bruguera boldly renamed Tate Modern’s main building after Bell, who has worked for decades with youth and community programmes in the local area. The name change was meant to last a year—up to the unveiling of Kara Walker’s new commission this week. But it has now been made permanent, and Bell’s name sits proudly opposite that of Blavatnik’s, whose financial gift is one of the largest in the museum’s history.

“I’m delighted that we’re retaining the name of the Natalie Bell Building,” says Tate Modern’s director Frances Morris. “Natalie has transformed so many lives in the area.”

At a time when the names of museum buildings, extensions and galleries are coming under increased scrutiny, with institutions trying to balance their values with the need for sponsorship, the keeping of the name is a bold move. “The institution has signalled with this gesture that it is not trying to ‘solve’ things by creating an event but that it has committed to be part of a long-term dialogue on socially responsible culture,” Bruguera says. Bell echoes the sentiment, saying that “real change takes time and even for me a year is not long enough to realise or imagine what transformations can happen.”

Although the Tate has acquired several works from its series of Turbine Hall commissions—from Louise Bourgeois’ spider Maman (1999) to part of Ai Weiwei’s Sunflower Seeds (2010)—and there is still some evidence of the filled-in-crack that was Doris Salcedo’s Shibboleth (2007), Bruguera’s is the first work from the series to remain in situ.