While the museums’ staff have avoided layoffs, their colleagues in retail and catering have not been as lucky 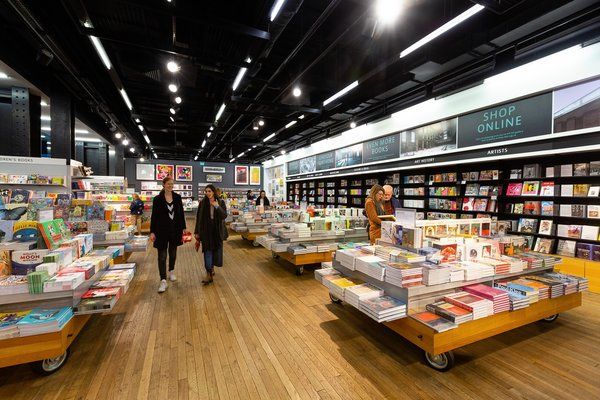 The commercial arms of the Tate galleries and the National Gallery in London are preparing to axe hundreds of employees this summer in a bid to stave off the financial fallout of the coronavirus pandemic.

The Public and Commercial Services Union (PCS) warns that more than 200 jobs could be cut at Tate Enterprises Ltd, a commercial subsidiary which operates retail, catering and publishing services across the four Tate galleries in London, Liverpool and St Ives. A collective consultation is under way until 6 August.

Tate Enterprises notified staff in mid-June of restructuring plans aimed at saving £1m this financial year, says Steven Warwick, the secretary of the PCS culture group. The “vast majority” of those at risk of redundancy are retail staff on part-time and casual contracts, he says, some of whom will be expected to return to work when the galleries reopen on 27 July. The restructuring does not affect any of Tate’s gallery staff, a spokeswoman confirms.

The union is now campaigning for Tate, which owns Tate Enterprises, to step in and halt job losses at the company. As a beneficiary of the UK government’s newly announced £100m support package for national cultural institutions, the gallery group can afford to shoulder “additional costs from Tate Enterprises”, Warwick argues. “If not staff, what is the money for?”

The union is currently consulting with its members over possible strike action at the reopened Tate galleries to protest against the cuts, Warwick says. PCS has also secured support from eight MPs for an early day motion in parliament that “calls on the government to work urgently with unions at Tate and other institutions to save jobs”.

Tate Enterprises workers, speaking anonymously to The Art Newspaper, express frustration at the apparent double standard between the public institution and the privatised retail division, which also plays a key role in welcoming Tate visitors. There are also fears that the job losses will disproportionately affect black and minority ethnic staff members.

“The gallery themselves are not making people redundant, which makes it feel as if they view us—the staff who work for the shops and cafés, some of the lowest paid and most diverse teams at Tate—as unimportant and disposable,” says one employee. “Given the fact that our work has generated several millions over the years to support Tate, it feels particularly upsetting that they are not standing by us now.” According to Tate’s 2018/19 annual report, the retail division generated a net profit of £2.7m, while catering returned £1.7m net.

Another Tate Enterprises staffer comments: “We’ve become Tate representatives and to be suddenly told you’re not part of Tate—not part of the culture sector—is really hurtful. People apply for jobs at Tate because they want to work in a gallery environment, with art and artists. If we wanted to work in retail, we could get better pay somewhere else.”

In a statement, Tate Enterprises’s directors Hamish Anderson and Carmel Allen say restructuring is a result of ongoing social distancing regulations and “an inevitable drop in visitors in the coming months”. The jobs consultation aims to “retain as many staff as possible” while “ensuring the long-term future of the business”.

Despite the government’s promised rescue package for national cultural institutions, Anderson and Allen say they “do not expect any of these funds to be allocated to Tate Enterprises Ltd, particularly in light of support already received”. Tate allocated £5m from its financial reserves to the firm this financial year, enabling it to retain staff on full pay throughout the lockdown period. The UK government’s furlough scheme covered 80% of salaries, while the firm topped up the remaining 20%.

The National Gallery Company Ltd (NGC), a separate legal entity from the National Gallery that manages its shops, café, restaurant, publications, image licensing and events hire on a commercial basis, is also embarking on cost-cutting measures including redundancies. NGC “will need to be a leaner, tighter organisation to withstand the prospect of reduced revenues in the next few years”, it says in a statement.

Among its current staff of 88, NGC is considering axing 24 employees in roles “where we have significantly reduced activities for the foreseeable future”. Those jobs were all protected during lockdown by the government furlough scheme. A 30-day staff consultation began on 1 July.

The National Gallery is not planning any redundancies, a spokeswoman says.