Tate Modern: a shock to the old

Museum’s success was accompanied by doom-laden predictions for historic art. But have those fears been confirmed?

It is only a slight exaggeration to claim that if I had a pound for every occasion on which I have been assured that the inexorable rise of Tate Modern and its kin all over the globe has been counterpointed by a mournful decline in the fortunes of the Old Masters, I would be a rich man. Such statements need to be confronted with large doses of merciless scepticism.

The first point to make, before properly getting down to business, is that the house of art has many mansions, and that its constituent parts do not all evolve either in the same direction or at the same speed. In what follows, therefore, I will attempt to explore the respective fates of the Old and the New in a variety of contexts—in the art market, in museums, in temporary exhibitions, and in the academy.

There can be no question that the biggest transformation has been in the world of the art market. There may be uncertainty around some of the alleged prices realised by works of art—simply because, at the top end of the scale, the sales in question are increasingly by private treaty rather than at auction (even when the likes of Christie’s and Sotheby’s are responsible for brokering the deal). However, the general direction of the market could hardly be plainer. That fount of all knowledge, Wikipedia, has published a handy inflation-adjusted roll of honour of more than 70 eye-wateringly expensive paintings, of which a mere eight (or nine, if one includes Wang Meng’s Zhichuan Resettlement of 1350) are Old Masters. In part, this has to do with the virtual invisibility of the cream of the crop on the market, but the presence of only two Old Masters in the top 20 speaks for itself. 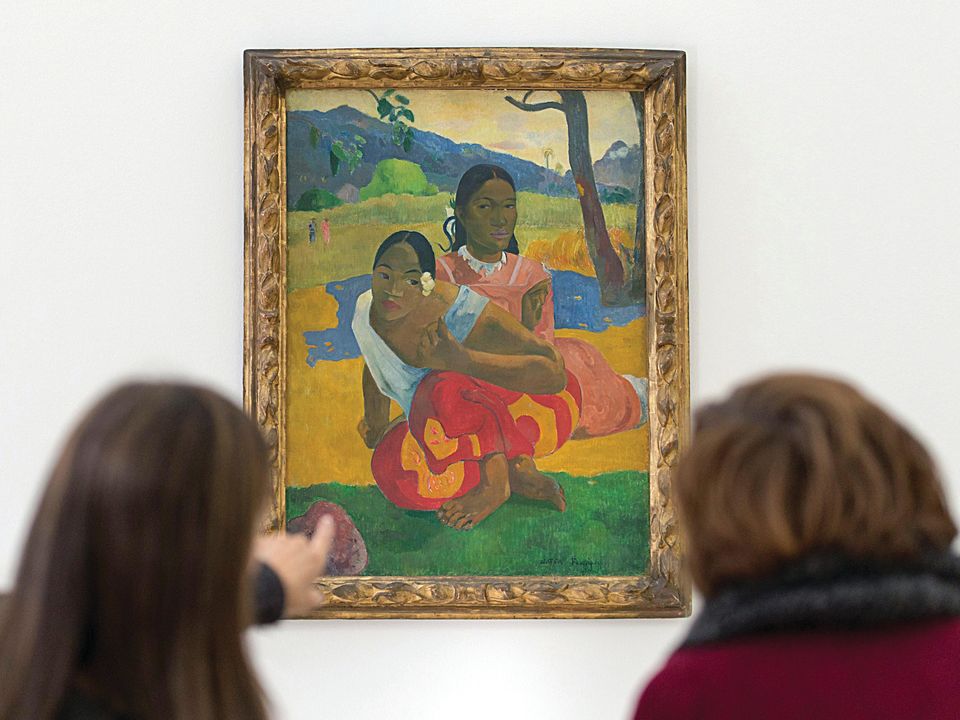 More amazing still is the manner in which only the finest Impressionists and Post-Impressionists now seem to be able to hold their own, not just against Picasso—who, with 13 on the list, significantly outguns Van Gogh’s eight (of which only the least expensive was sold after 2000)—but also against the best of the Abstract Expressionists and still more recent figures such as Francis Bacon, Andy Warhol, Roy Lichtenstein, Jasper Johns and Cy Twombly. Tellingly, the two paintings tied at the top of the Wikilist on a cool $300m each are Nafea Faa Ipoipo by Gauguin and Interchange by De Kooning. At the same time, the most esteemed mid-career contemporary artists, such as Jeff Koons (born 1955) and Damien Hirst (born 1965), sell at auction for mind-boggling sums. The world record for a work by Koons stands in excess of £40m, while a two-day sale of pieces by Hirst in 2008 netted £111m. In 2000, not even the otherwise omniscient Nicholas Serota would have risked a tenner at the bookies on this coming to pass.

Elsewhere the situation is altogether less straightforward. Tate Modern does indeed score extremely highly when it comes to visitor numbers, and here too it is plain that the art of the second half of the 20th century and the first decade, and a half of the 21st, is at least as much of a draw as the Modern classics, but paradoxically the main victim has been Tate Britain. The National Gallery and the British Museum are both doing fine, thank you, and the miracle is that the overall numbers of visitors have gone up (see the graphic on p21). It is impossible to know how many of these visits are being made by the same people, who are straightforwardly passionate about art and do not wish to be limited to either Hymns Ancient or Hymns Modern, so to speak, but it is my gloomy suspicion that the lovers of the Old are more willing to explore the New than the Modernists are to look backwards.

More generally, all visitor numbers ought really to be described as visit numbers, since if ten individuals visit a given museum ten times a year, they are invariably but highly misleadingly claimed as a hundred “visitors”. What is more, nobody knows quite what people get up to once they have crossed the threshold of any museum. For the younger generation, at least, Tate Modern has become a favourite meeting place and social space.

Tate’s supreme triumph has arguably been to overcome the profoundly imperfect nature of its non-British collection covering the years from 1900 to 1950, which is blatantly inferior when compared with the best that Paris and New York have to offer. It has also shown immense guile in clinging on to the art of the first two decades of the 20th century, but it is not clear how long it can get away with this sleight of hand. Will the Modern still be deemed to begin around 1900 until Judgement Day, or will it eventually be acknowledged that the dividing line between what belongs in the National Gallery and what belongs in Tate has to move with the times?

Regardless of the nature of any museum’s collection, as a rule the two best ways to lure people in are by making exciting new acquisitions and by organising exciting temporary exhibitions (the Neil MacGregor/History of the World effect at the British Museum was an unrepeatable one-off). In terms of acquisitions it is, if anything, the National Gallery’s purchase—in conjunction with the National Galleries of Scotland—of Titian’s Diana and Callisto and Diana and Actaeon for £95m that takes the prize, but Tate has certainly learned from past mistakes and is impressively quick on the uptake when it comes to talent-spotting at the cutting edge. At the same time, and in spite of the myth that its director Serota is a narrow-minded and inflexible Modernist, the Tate has made a number of major additions to its historical collections, such as Joshua Reynolds’s Archers, which at £3.2m involved a considerable outlay of funds. 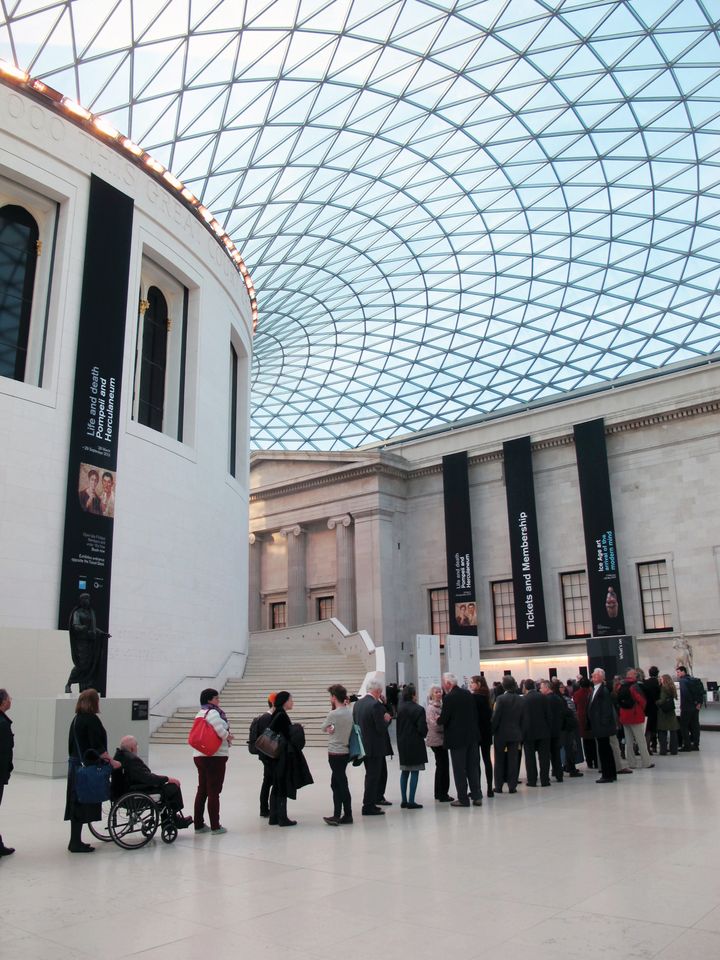 In the case of exhibitions, there has probably been less change than elsewhere, and the Old remains just as capable of generating queues as the New. Tellingly, the National Gallery’s 2011-12 Leonardo show attracted such immense enthusiasm that it was decided in advance to limit the number of visitors to make sure the subterranean spaces of the Sainsbury Wing did not become a hellish crush. At the Royal Academy—the one London institution that organises major exhibitions across all time periods on a single site—it is by no means obvious that the New has the upper hand, either in terms of visitor numbers or critical acclaim.

Turning, finally, to academia, it is doubtless true that there is an ever-greater enthusiasm among students for contemporary art, but that does not mean that is the only thing they want to explore at university. For a start, they recognise that, in all sorts of ways, looking at the work of living artists has to be different from studying the art of the past, and especially the distant past. What is more, they seldom arrive with a fixed conviction concerning where they should focus their attention and often also feel a reassuring need to get a good general grounding in their subject. Not uncommonly, they will pick courses because of who is teaching them and not just on the basis of their content, and obviously specialists on contemporary art are not the only people capable of inspiring enthusiasm.

Unfortunately, what has tended to happen over the past two or three decades, but was arguably less evident in the last century, is that the manner in which the New is studied has come to dominate the entire discipline. In consequence, it has become almost disreputable to devote much attention to questions of physical condition, technique and authorship, of the kind that used to be regarded as the fundamental starting points for all other types of investigation.

Most obviously, this has led to a strange situation in which the whole profession has come to be divided along lines that would have been inconceivable not so long ago. The result is that nowadays museum curators in the Old Master field, as a rule, find themselves incomparably more in sympathy with members of the art trade, whether working as dealers or in auction houses, than with colleagues working in universities. Nicholas Penny, the recently retired director of the National Gallery, had a teaching post at the University of Manchester when he was appointed keeper of Western art at the Ashmolean Museum in Oxford in the mid-1980s, but such sideways shuffles seem all but inconceivable these days. Conversely, in the past few years both the National Gallery and the Department of Prints and Drawings at the British Museum have taken on curators who were working, respectively, at Sotheby’s and Christie’s up to that juncture.

For all that, what may be described as the Tate Modern effect has made a vast and, on the whole, benign difference in so many directions, it can hardly be blamed for this miserable state of affairs.