UPDATE: This article was updated on 17 April to include a comment from the Tate. 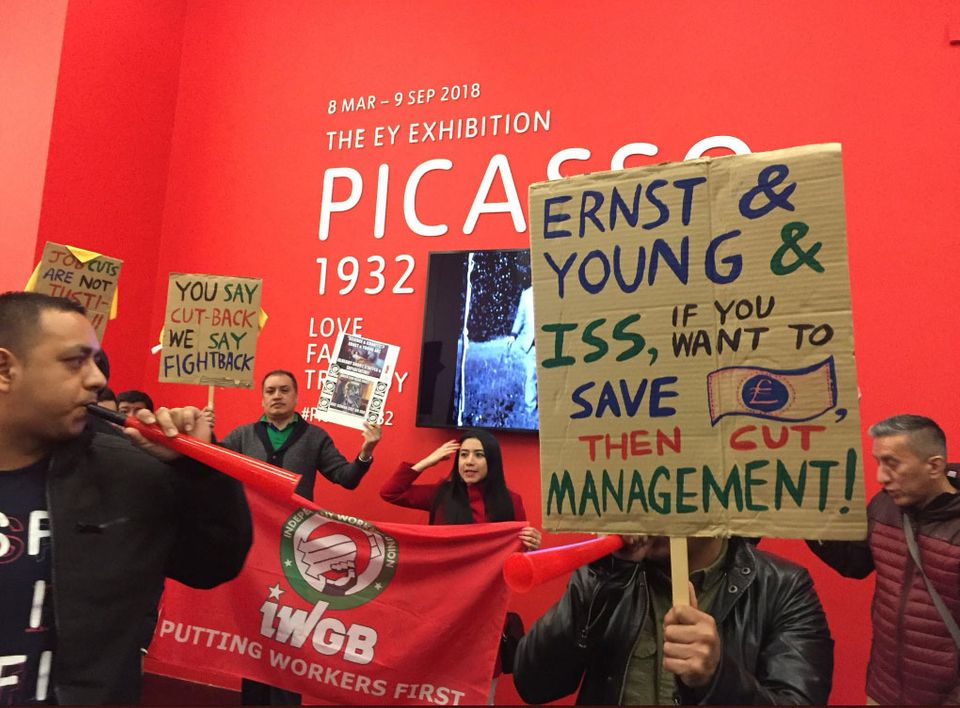 IWGB hold up signs in support of the cleaners Lydia Hughes

After pharmaceutical companies, arms manufacturers and oil producers, the investment company Ernst & Young is the latest cultural sponsor to be targeted by protestors—this time, over the treatment of cleaners.

Holding signs and handing out flyers at Tate Modern, members of the Independent Workers Union of Great Britain (IWGB) were demonstrating on 14 April over the potential redundancies facing cleaners by the London-based investment firm Ernst & Young (EY), a major sponsor of the Picasso exhibition.

IWGB's press officer says the protests aimed to raise awareness of the often invisible work carried out by cleaners: "We wanted to make people aware of how these low paid migrant workers are being treated," he says. "Cleaners provide such a vital service to our society, so we have to do what we can to ensure that their struggle is visible."

EY’s cleaning contracts are undertaken by a global facility service provider called ISS, who say: "It is our sincere desire that we will avoid the need for redundancy and that suitable alternative employment can be found within ISS for any affected individual."

A spokesman for EY says the company is currently conducting "a consultation process" with their employees and employee representatives about "changes to their business". He adds: "EY is a committed supporter of the London Living Wage and this is part of our contractual agreement with ISS."

IWGB has previously led successful campaigns for living wage at the Barbican in 2013 and Royal College of Art in 2015.

The protest comes a month after EY announced a three-year renewal of its partnership with Tate. In a statement, the Tate said: "EY is a long standing supporter of UK arts and culture," adding that: "The Tate Trustees first agreed a sponsorship policy in 1991, and incorporated its principles within an Ethics Policy in 2008. The Board and Ethics committee regularly review compliance with the policy." 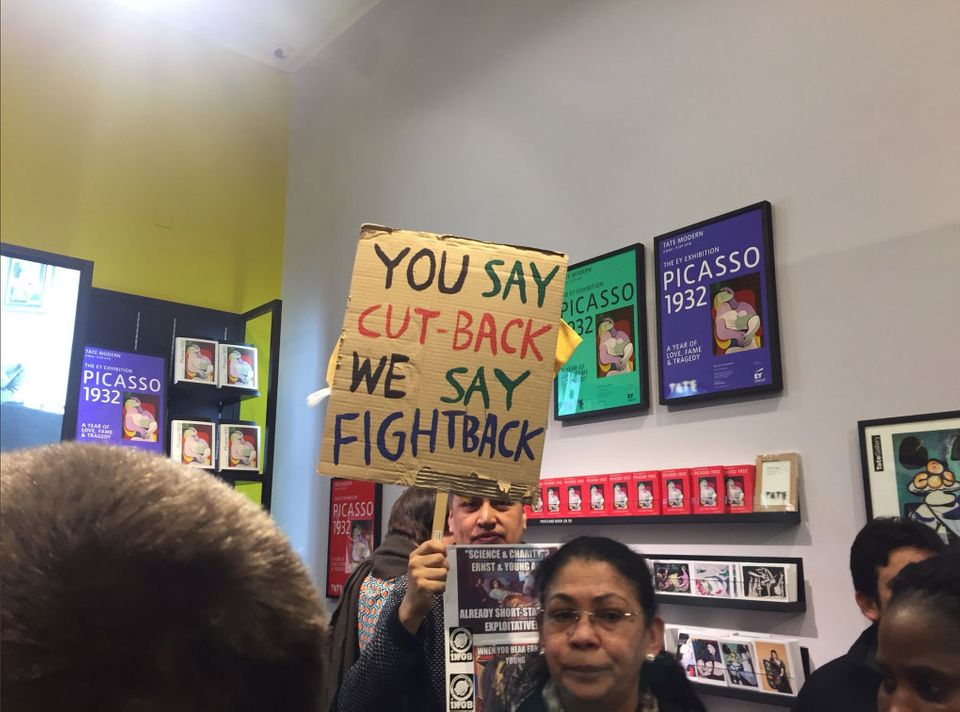