Due to the pandemic, around 300 jobs are at risk at Tate Enterprises, which operates retail, catering and publishing services across all of the Tate sites 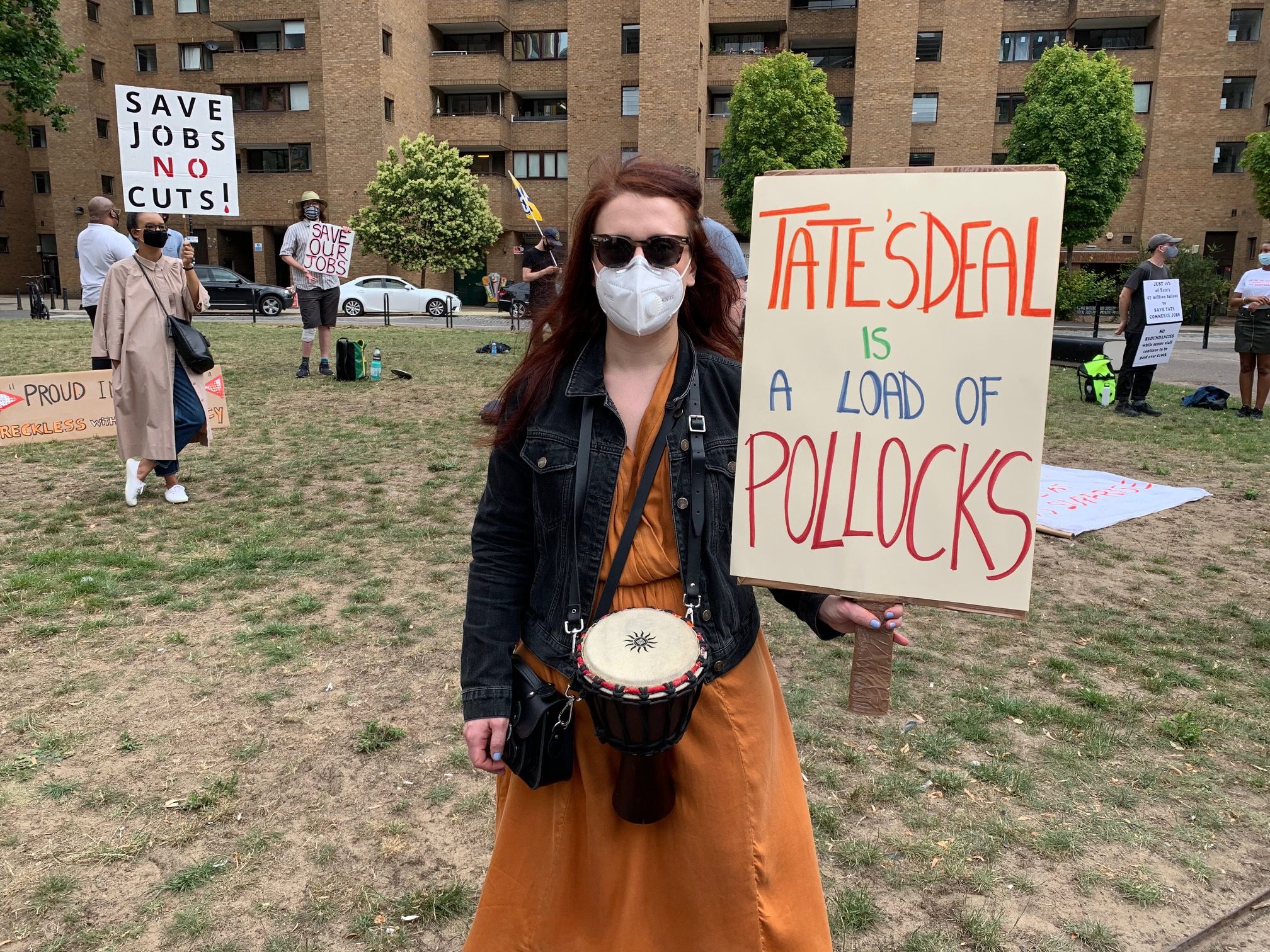 Employees from Tate Enterprises, the gallery’s commercial arm, protested this morning outside Tate Modern, telling The Art Newspaper they are “fighting to keep [their] jobs” in light of restructuring plans which could result in redundancies across the company. The four Tate galleries in London, Liverpool and St Ives are due to reopen on 27 July.

Tate Enterprises, which operates retail, catering and publishing services across all of the Tate sites, is preparing to axe hundreds of employees this summer in a bid to stave off the financial fallout of the coronavirus pandemic.

The Public and Commercial Services Union (PCS) is now campaigning for Tate, which owns Tate Enterprises Ltd, to step in and halt job losses at the company. PCS warns that around 300 jobs could be cut at Tate Enterprises; a collective consultation over possible strike action is under way until 6 August.

According to PCS, Tate has received £7m from the government in additional grant-in-aid following the announcement of £1.57bn emergency funding for the culture sector. A PCS representative told The Art Newspaper at today’s protest that “we asked for ten per cent [of this funding], which would be enough to save our jobs, but [Tate] said no which is why we are striking now.” She added that further demonstrations are due to take place next week at Tate Modern. The Art Newspaper understands that Tate has allocated £5m from its reserves to Tate Enterprises

Speaking at Tate this morning, the director Maria Balshaw said: “Those people [protesting] are our friends and colleagues. We are having to consult around redundancies at Tate Enterprises because it’s a for-profit business. We have supported it all the way through the pandemic. All of the colleagues at Tate Enterprises have been on full pay even if they’re furloughed. But the business—because it is a business— will be 50% smaller and that’s an optimistic forecast. It can’t be loss making next year and the year after… it’s not set up to be loss making.”

Frances Morris, the director of Tate Modern, added: “We are unusual as a museum in having such a significant entity employ so many people delivering all our retail and commerce on our sites.”