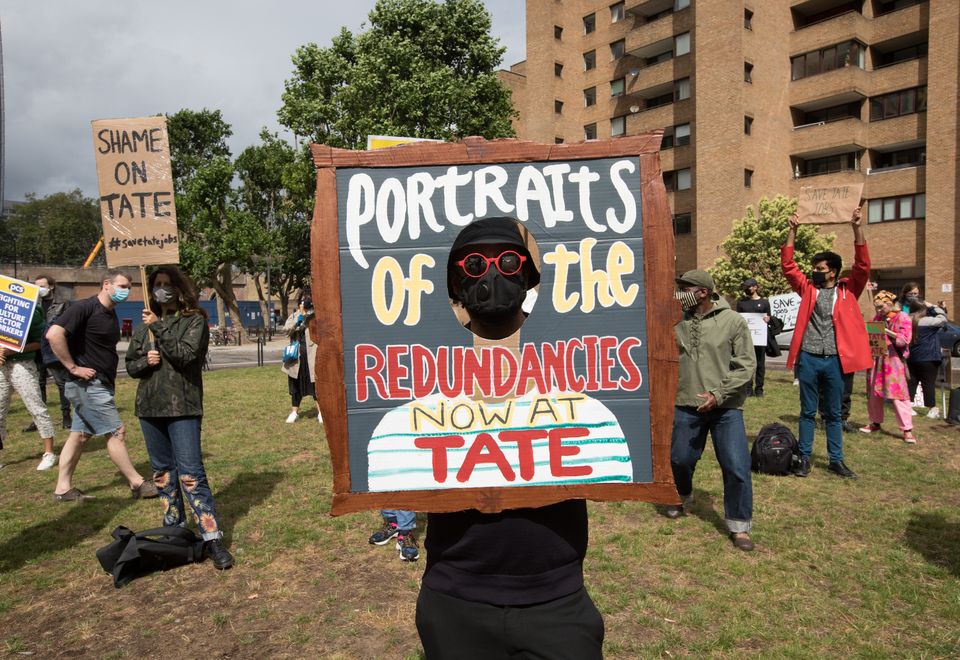 More than 300 employees are due to be made redundant from the commercial arm of the Tate galleries next month as the organisation faces a “dramatic drop” in visitors and income, according to an email sent to staff by the Tate director Maria Balshaw yesterday afternoon.

Following consultation, Balshaw says 313 part-time and full-time jobs will be axed by mid-September at Tate Enterprises Ltd, which operates retail, catering and publishing services at the four Tate galleries in London, Liverpool and St Ives. None of the Tate’s gallery staff will be affected.

In her email, first obtained by the art criticism website the White Pube, Balshaw says that executives did everything they could “to save as many jobs as possible”, but that Tate “simply cannot afford to keep employing as many colleagues as previously” as the fallout from the coronavirus pandemic deepens. “The long-term drop in visitor numbers we are expecting for the foreseeable future, and the consequent loss of revenue, have left us no option but to resize our business in line with future demand,” she says.

Speaking on BBC Radio 4 (Desert Island Discs) on Sunday, Balshaw says she anticipates 50% fewer visitors “for probably quite a long time… sadly at the moment the trading business is too big”.

Tate Enterprises workers previously expressed concerns to The Art Newspaper that the job losses would unfairly affect Black and minority ethnic staff members, something that Balshaw disputes in her email. While the director says the outcome will not be known “until selection processes are complete”, Balshaw says it is “likely” that the proportion of Black and minority ethnic colleagues at Tate Enterprises “will remain broadly the same at the end of the process”.

According to Balshaw, the organisation has also undertaken an Equality Impact Assessment in Tate Commerce and Tate Eats “to ensure BAME (Black, Asian and minority ethnic) communities are not disproportionately affected by the restructure”.

Addressing the perceived discrepancy between the public institution and the privatised retail division, Balshaw points out that Tate Gallery has already supported Tate Enterprises with £5m from its reserves, which enabled the firm to retain staff on full pay throughout the lockdown period. In addition, £5m in income from Tate Enterprises will now be lost this year. “Any government bailout funding will have to be used to offset the substantial loss of income elsewhere in the gallery—from ticket sales and other income-generating activities,” Balshaw says.

Uncertainty still surrounds the British government’s £1.57bn rescue package for the arts, although the Tate is understood to be in line to receive a £7m grant. Steven Warwick, the secretary of the Public and Commercial Services (PCS) Union culture group, says that 10% of that “should be invested in Tate Enterprises to save as many jobs as possible.”

If the government package is not enough to save the art sector, “then institutions need to join with us and say that”, Warwick says. “Maria Balshaw said that we are all one family, but what family wouldn’t go out kicking and screaming if 300 of its members were being thrown out onto the scrap heap?”

Balshaw stresses that the decisions were made “having exhausted all other options”. She adds: “We are living in very challenging times and, like many other organisations, we have been, and will continue to be, severely hit by the pandemic.”

Strike action is planned at Tate starting on 18 August, while the PCS Union has also launched a consultative online strike ballot at the Southbank Centre in London, which has announced plans to make up to 400 of its staff redundant. The National Gallery Company Ltd, which manages the National Gallery’s commercial enterprises, is also undertaking cost-cutting measures including redundancies.