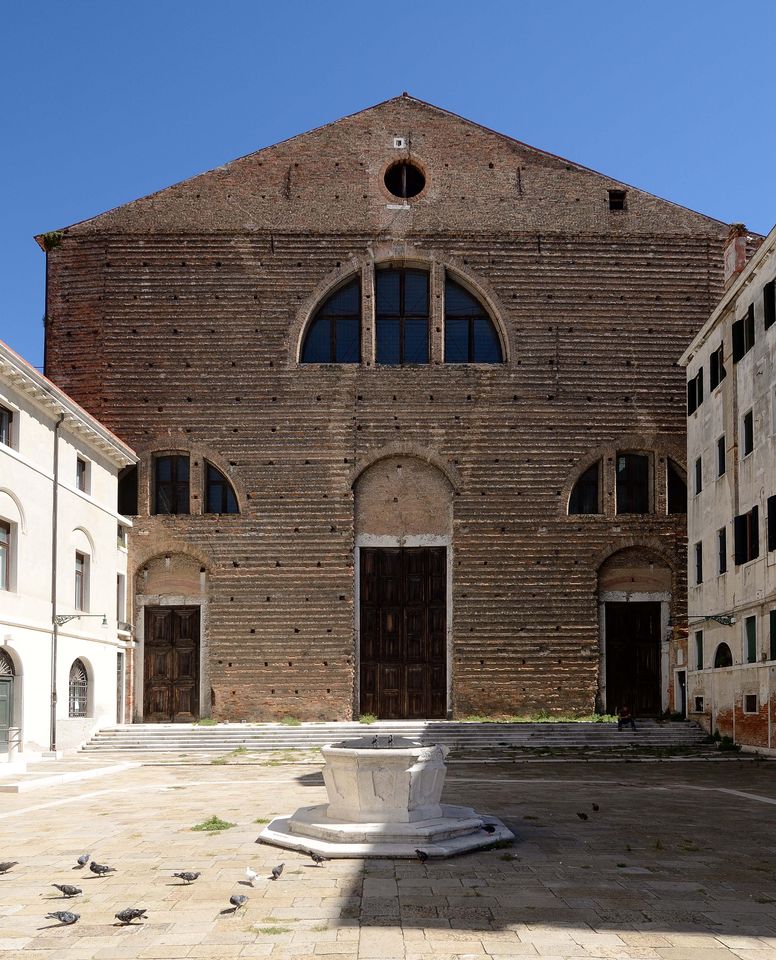 The Church of San Lorenzo in Venice, the new home of Ocean Space from summer 2019 Photo: TBA21

The Austrian collector and patron Francesca von Habsburg has announced plans to set up a new base for her TBA21-Academy in a Venetian church. The new centre, named Ocean Space, is due to open next summer and will be housed in the newly restored church of San Lorenzo. TBA21-Academy, founded in 2011, is the ecologically minded offshoot of Von Habsburg’s contemporary art foundation TBA21 (Thyssen-Bornemisza Art Contemporary).

Asked if the space is permanent, a TBA21-Academy spokeswoman says: “Ocean Space will be a new cultural centre providing a long-term physical presence in Venice for the nomadic Academy and will be activated throughout the year by the Academy and partner organisations with whom it collaborates.” The Ocean Space inaugural programme is due to be announced.

TBA21-Academy is based in London, the spokeswoman adds, but Von Habsburg's exhibition space in Vienna is no longer active. Last year, Von Habsburg told us: “The [TBA21] foundation is relocating its collection to Prague, following an invitation by the director general of the national gallery, Jiri Fajt, and the National Gallery chief curator, Adam Budak.” Installation view of the exhibition Oceans - Dialogues between ocean floor and water column (2017) at Edith-Russ-Haus for Media Art in Oldenburg, a previous excerpt iteration of the Prospecting Ocean show Photo: Armin Linke

Von Habsburg says in a statement: “We selected Venice as the global port for the TBA21-Academy as it has long been a centre for international exchange… at the same time, Venice suffers from many of the same problems other nations are struggling with—rising sea levels—which directly connects it with the islands throughout the Pacific where many of our programmes are focused.”

TBA21-Academy’s activities and programming are extensive. These include The Current, an exploratory fellowship programme currently led by the Danish artist collective Superflex, who took over Tate Modern’s Turbine Hall with their installation One Two Three Swing! earlier this year. They will board a ship called Dardanella for the second leg (2018-20) of the “multiphase fellowship”. TBA21-Academy also co-commissioned Purple (2017) by the UK artist John Akomfrah—a multichannel video installation focusing on climate change.

Meanwhile, TBA21-Academy presents a new multimedia installation by the German filmmaker and photographer Armin Linke in the former laboratory spaces and headquarters of the Institute of Marine Sciences in Venice (Prospecting Ocean, until 30 September). “Resulting from three years of research, the project explores the social, environmental and political issues facing our oceans,” the spokeswoman says. The initiative coincides with the 16th Venice Architecture Biennale (until 25 November).