If confirmed, Eanswythe's bones are the earliest identified remains of an English saint 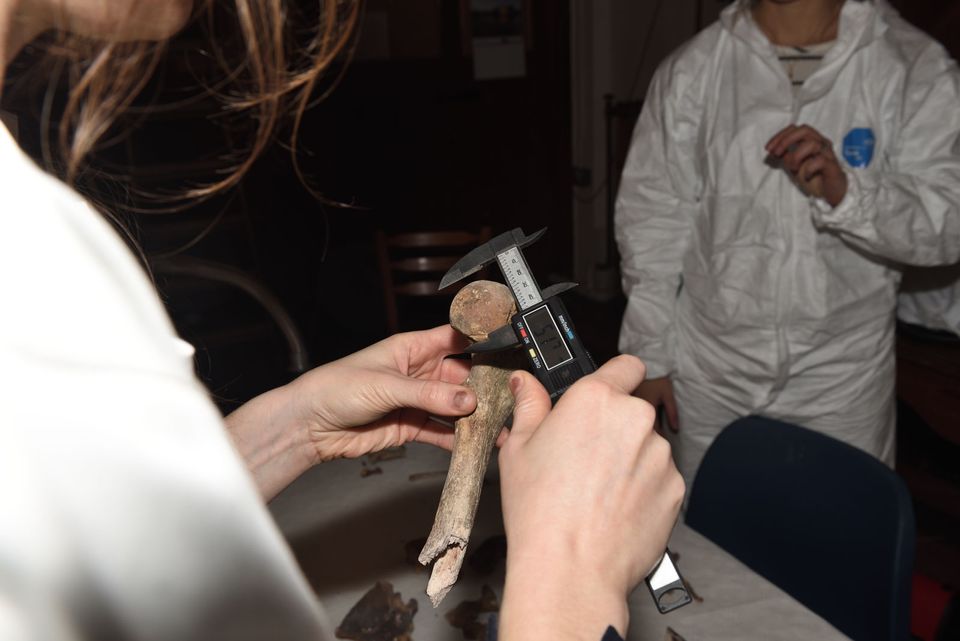 Apart from one bone fragment and a single tooth sent for radio carbon to Queen's University Belfast, the remains stayed in the church during the work © Mark Hourahane

The first scientific tests on bones cherished for centuries in a Kent church, suggest that they really are relics of one of the earliest English saints, Eanswythe, patron saint of Folkestone. She was an Anglo Saxon princess of the Kentish royal family who is said to have founded one of the earliest English monastic communities as a teenager, but died in her teens or early 20s.

If the results are confirmed by further tests, hers are the earliest identified remains of an English saint, and the only remains identified of a member of the powerful Anglo Saxon royal family.

Eanswythe cannot have been born any later than 641 AD, since her father king Eadbald died in late 640. She is believed to have died by 663. The radio carbon dating results, which would indicate the latest date of her death, give a high probability that the bones date from between 649 and 673 AD.

"My hands were literally shaking when I opened the email with the results," says Andrew Richardson, the archaeologist who led the Finding Eanswythe project. "The dates could have been inconclusive, or blown the project completely out of the water, but instead they are the best we could possibly have hoped for."

Workmen found the relics in 1885, hidden inside a wall near the altar © Matt Rowe

The diocese of Canterbury gave special permission for the work on the bones, which were examined by archaeologists in the 1980s but not tested. Apart from one bone fragment and a single tooth sent for radio carbon to Queen's University Belfast, they stayed in the church during the work, with the archaeologists and scientists sleeping in the church to guard them. Most of the team including Richardson come from Folkestone and had known the story of the teenage saint since childhood, apart from US born conservator Dana Goodburn-Brown who is still working on fragments including minute scraps which may be gold thread from precious fabric once covering the bones.

The relics had disappeared for centuries before workmen found them in 1885, hidden inside a wall near the altar, presumably to save them from the iconoclasm of the Reformation, which destroyed most of the oldest monuments. They were still in a curious battered oval lead container, one of a handful of known Anglo Saxon examples made from recycled panels cut down from a high status decorated Roman coffin. They have remained where they were reinterred in 1885, in a niche behind an alabaster and brass fronted door, part of an elaborate Victorian redecoration of the church. 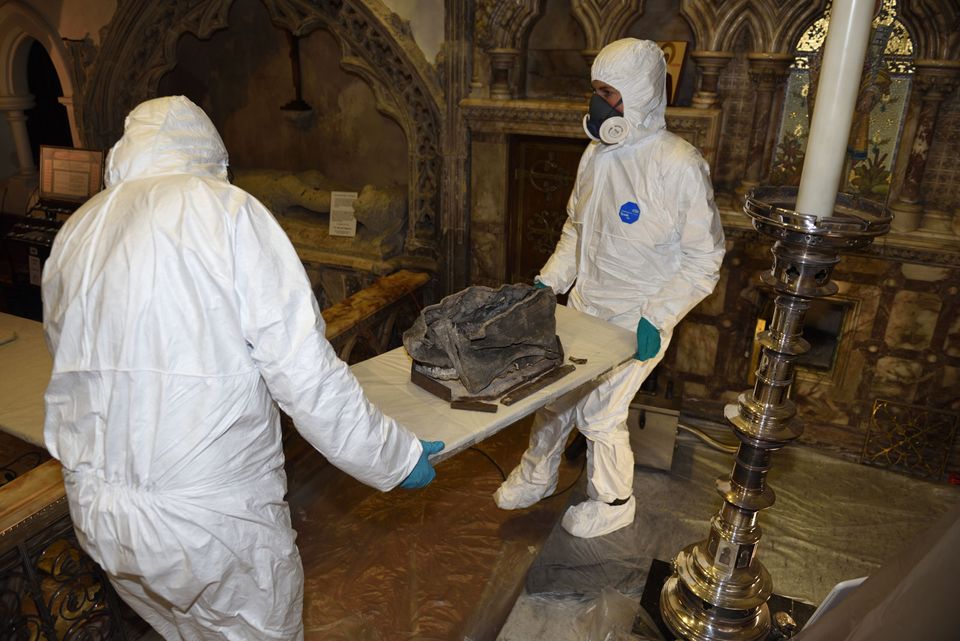 Eanswythe's grandfather Ethelbert was the first English king to convert to Christianity, under the mission to Kent of Saint Augustine: his tomb and others of the royal family were destroyed with Augustine's church in Canterbury. She is said to have founded a monastic settlement, near the present medieval church of Church of St Mary and St Eanswythe which stands on the cliff above the sea high above the old town of Folkestone. Early accounts of her life say her body was moved when some monastic buildings tumbled over the cliff into the sea, and moved again when the new church was built. In a 13th century life she was credited with some admirably practical miracles, illustrated in Victorian stained glass in the church, including diverting a stream to flow uphill to supply her monastery, and ordering a flock of birds to spare their crops.

The Anglo Saxon history of the area will be celebrated in events at the nearby town museum during British Science Week from 6-15 March. The Finding Eanswythe project is fund raising for further tests, which the team hopes will include extracting DNA which should reveal more about her diet, background and appearance.