When we think of the Hudson River School, we tend to picture majestic vistas, dramatic waterfalls and lush treetops. But a new installation by Teresita Fernández, due to open this spring at the former home of the Hudson River School painter Frederic Edwin Church, seeks to remind us that these vistas have always been home to real people—they are simply outside the frame. “I think landscape is as much about what you don’t see as what you do see,” Fernández says. 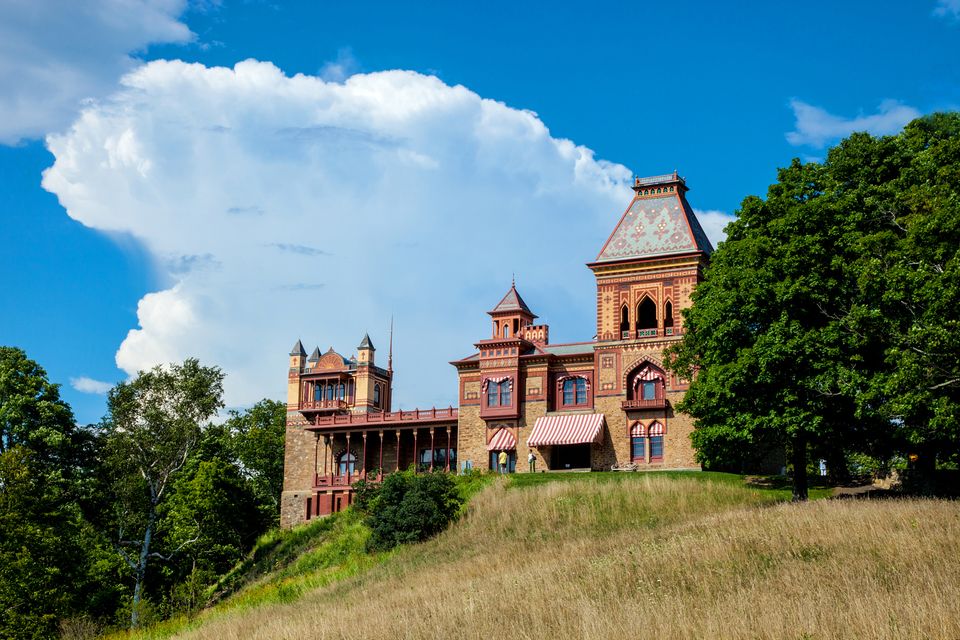 The artist teamed up with the Olana State Historic Site and the Olana Partnership, which maintains Church’s 250-acre property in the Hudson Valley, and the New York-based Colección Patricia Phelps de Cisneros, to bring together more than 60 works by artists who travelled to Latin America in the 19th century (Overlook: Teresita Fernández Confronts Frederic Church at Olana, 14 May to autumn 2017). The exhibition will juxtapose traditional landscape paintings by artists including Church, Marianne North and Martin Johnson Heade with rarely seen portraits of the indigenous people and travellers they encountered during their expeditions.

When visitors enter the installation, they will be confronted by a wall of portraits. “You are being inserted into this situation where there is a healthy kind of discomfort,” Fernández says. “The portraits are looking at all the landscapes where they have been made invisible.”

The New York-based artist developed the concept for the installation as she dug into both Olana’s holdings and the Cisneros’s collection of work by traveller artists who explored Latin America and the Caribbean in the 17th through 19th centuries. More often than not, people in the compositions were pushed to the edge of the canvas, rendered no larger than a fingernail.

As she dug deeper, however, she found sketches and drawings that told a different story. The French artist-explorer Auguste Morisot, for example, kept a sketchbook during his expedition along the river Orinoco in the late 19th century and drew the people he encountered along the way. Most of these works have not been shown publicly before. “They are modest things—pencil or crayon studies—but they open up such a fascinating window to reframe all these ideas we have about the places we know so well from these paintings,” Fernández says.

She also plans to integrate her own portraits of iconic Latin American and Caribbean artists into the display. “I liked the idea of inserting artists whose places of origin are the very places depicted in these landscapes,” she says. Her subjects include the Venezuelan artist Jesús Rafael Soto, who is also represented at Olana with a sculpture of his own. The bright yellow, interactive installation Penetrable (1990)—which has until recently been on long-term loan from the Cisneros Collection to the Los Angeles County Museum of Art—will be installed on the property’s grounds for the duration of the exhibition.

Fernández hopes the project will encourage visitors to reconsider what it means to look at an American landscape. The Hudson River School painters’ own understanding of landscape, she notes, was as much defined by their Latin American travels as it was by their expeditions closer to home.

“It seems particularly relevant to me in this moment: who gets to define American art and who is excluded?” she says. “The United States is the only country that uses America as though it’s exclusive. Throughout Latin America, we say ‘Americas’. This is a way of expanding what we think of as the American landscape.”