The artist’s work draws upon the visual culture of the black diaspora, ideas of beauty, ethnographic research and feminist discourse 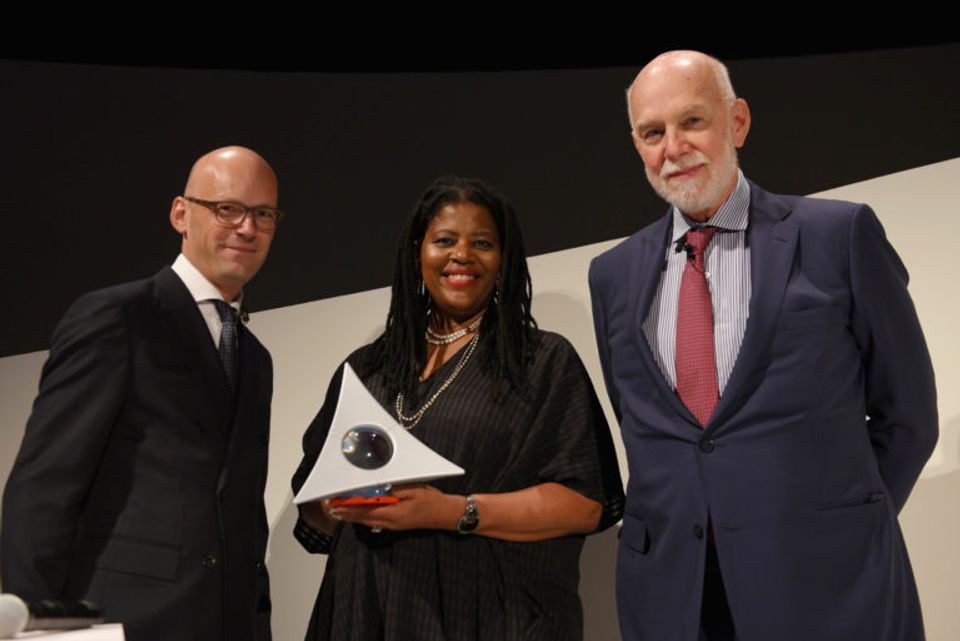 The jury is no longer out: Simone Leigh is the winner of the 2018 Hugo Boss Prize, the biennial award sponsored by the fashion company and administered by the Solomon R. Guggenheim Foundation. She was presented with the honour last night (18 October) at the Guggenheim Museum in New York.

The Brooklyn-based artist will get $100,000 and a show at the Guggenheim Museum as part of the prize. Recognition of Leigh’s work has been growing in recent years, and she has recently also been awarded the Joyce Alexander Wein Artist Prize at the Studio Museum in Harlem last year, a John Simon Guggenheim Fellowship in 2016 and the Louis Comfort Tiffany Foundation Biennial Award in 2013. At the Guggenheim prize-giving, a visibly moved Leigh thanked the community of dealers, curators, collectors and museum directors who have supported her through the years. She dedicated the Hugo Boss Prize to her late mentor Peggy Cooper Cafritz, the Washington, DC patron, collector and civil rights advocate, who “taught me about black women and art and power, and the importance of these kinds of awards”.

Leigh’s works, in sculpture, video and installation, draw upon and explore the visual culture of the black diaspora, ideas of beauty, ethnographic research and black feminist discourse. She is currently showing new sculptures at her New York gallery, Luhring Augustine’s Chelsea location, through tomorrow (20 October). These works, made of materials such as salt-fired porcelain, bronze and raffia, reference art from ancient Rome and Egypt and face jugs by enslaved African American potters in South Carolina.

The jury recognised Leigh’s “singular vision… that deftly joins theory, practice, and form in a tightly coherent oeuvre characterized by a close engagement with the body, the symbolic activation of material, and narrative references to African diasporic histories,” the museum said in a statement. “Throughout her career, Leigh has consistently expanded the possibilities of ceramics, which is her principal medium and one that has long been undervalued within the mainstream art world.”

“We are particularly compelled by Leigh’s longstanding and unwavering commitment to addressing black women as both the subject of and audience for her work, a focus which imagines a recalibration of the outmoded power structures that shape contemporary society,” the jury added. “We also applaud Leigh’s sustained mentorship of young female artists; her impact on a next generation of practitioners is already apparent.”

Leigh was in good company on the six-artist shortlist for the prize, which included Wu Tsang, Bouchra Khalili, Teresa Margolles, Emeka Ogboh and Frances Stark. Previous winners have included Matthew Barney, who took home the inaugural award, and most recently Anika Yi in 2016.