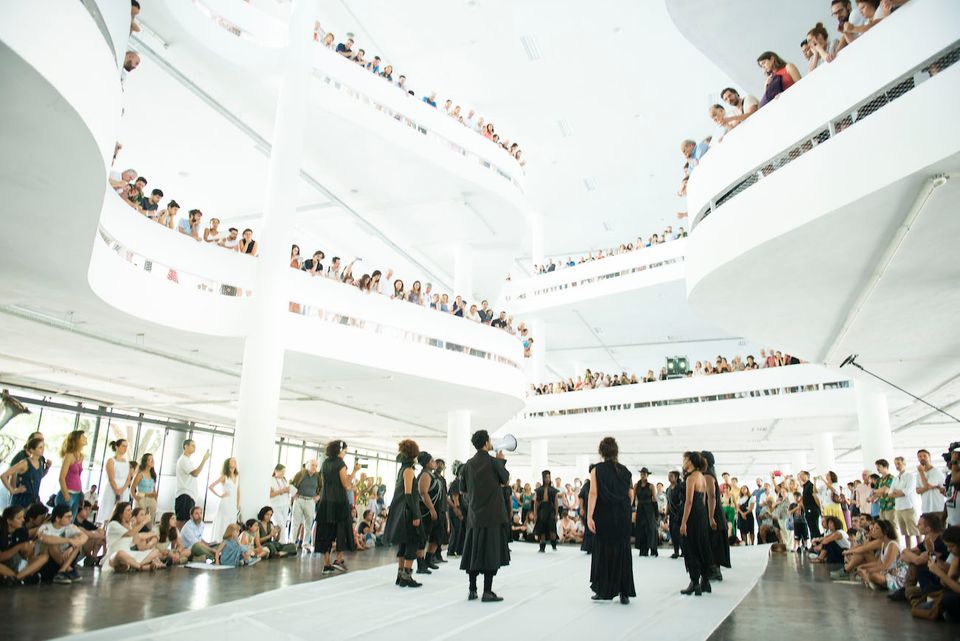 The 34th edition of the Bienal de São Paulo—called Faz Escuro Mas Eu Canto (Though It’s Dark, I Still Sing)—draws its title from lines in a 1962 poem by the Brazilian writer Thiago de Mello that aimed to send a message of hope in a time of political turmoil in Brazil. According to the curator Paulo Miyada, the work Madrugada Componesa (Peasant Dawn) was written in “a time with some promises of transformation, nurtured by progressist policies and some desire for the expansion of basic rights, such as education”. But then the horizon changed, “Brazil had been torn asunder by a military coup supported by part of the citizenry, a dictatorship was being consolidated”, and the poem was published “more as a call to resilience”, when there were few signs of any dawn ahead.

While the biennial does not have a specific theme, its title and exhibitions perhaps echo the current political climate under the conservative Brazilian president Jair Bolsonaro, who dismantled the country's ministry of culture shortly after he took office in 2019 and has slashed federal funding for certain cultural projects, including those dealing with LGBTQ+ themes. “We are hoping that, in 2020, de Mello's poem remains attached to some of those readings and also helps to develop new ones,” Miyada says. “Most of the planet is now facing a period of distress, hatred, polarisation and disbelief—not just Brazil—and it might be time to pay close attention to those who feel they should keep singing, whether for protest, for reunion, for survival or for love.”

The show has adopted an extended format this year thanks to an increase in budget; before the main exhibition—which will include the work of more than 90 artists—opens at the centre in September, there will be “kunsthalle-sized” exhibitions held across 25 institutions in São Paulo and partner institutions, such as the CCA Wattis Institute for Contemporary Arts in San Francisco and the Kunsthalle Basel. The curator Jacopo Crivelli Visconti, who organised the biennial with the curators Carla Zaccagnini, Francesco Stocchi, Ruth Estévez and Paulo Miyada, says the extended format aims to “allow the audience to enter the poetics and universes of an artist, then a few months later to consider other possible interpretations of the work”.

Among the exhibitions teasing out the main show, in August the Instituto de Arte Contemporânea will present works from the archives of the late Brazilian artist Atonio Dias, best known for his paintings that critiqued the authoritarian regime in Brazil; the IMS São Paulo will have a show devoted to the Afro-Brazilian writer Carolina Maria de Jesus, known for her poignant writings on life in the São Paulo favelas; and the Museu Lasar Segall will hold an exhibition of works by Segall, a Lithuanian-Brazilian Jewish painter who was labelled “degenerate” in Europe in the 1930s and became a prominent figure of the Brazilian Modernist movement.

The biennial opened on 8 February at the Fundação Bienal de São Paulo with a performance conceived in a collaboration by the South African musician Neo Muyanga; the theatrical collective Legítima Defesa, which stages poetic performances reflecting on the representation of blackness; and the artist Bianca Turner, who produced the video-mapping used in the work. In the performance, a 40-voice choir sang the melody to Amazing Grace in the Oscar Niemeyer-designed Bienal Pavilion. The centre also opened a show devoted to the Peruvian artist Ximena Garrido Lecca (until 15 March) that explores the entanglement of indigenous and colonial cultures in South America. 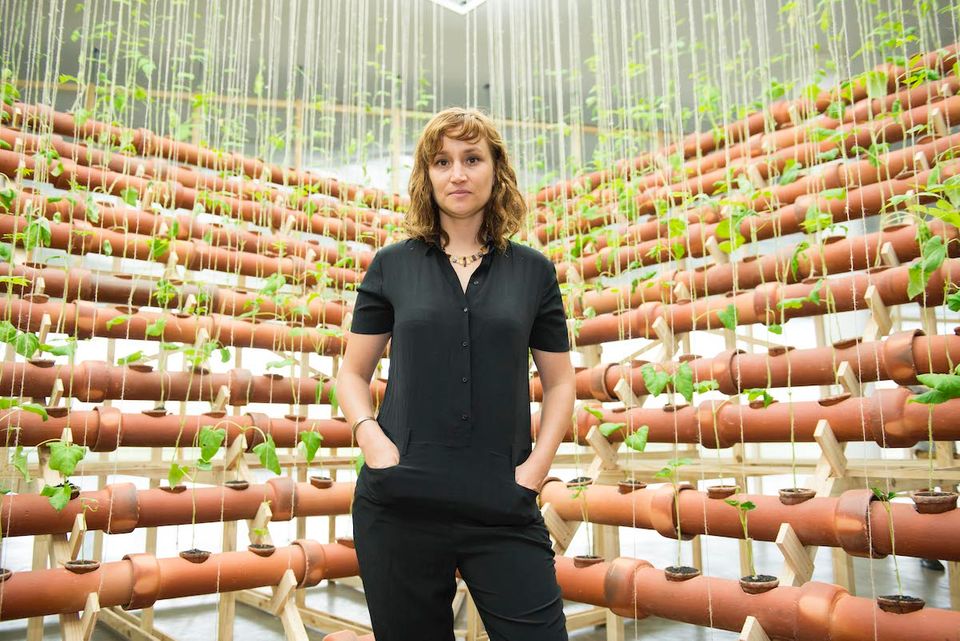 The last edition of the biennial drew around 750,000 visitors, a figure that organisers expect to surpass this year, considering the partnering institutions. “Beyond the numbers, the biggest asset of this edition is the quality of the experience,” says Visconti. “Compared with other biennials, we have quite a high number of historical artists that one could say don’t belong in an ontologically contemporary format as a biennial but the fact that those works are inserted in a complex curatorial project makes them perfectly fitting, and you can then see how they are perfectly attuned, both in terms of form and content”.

Visconti adds: “In this extremely tense period we are living in Brazil and around the globe, I believe the role of art is to give people tools to understand what’s going on. This often happens not in a literal way but in a poetic, epiphanic or intimate way—something that affects people differently.”