Digital reconstruction of the top of the Pier table from the Circular Dressing Room at Harewood House, around 1772 Image courtesy of The Chippendale Society

When you think of words synonymous with Chippendale, craftsmanship, brown, expensive and—dare we say it—even exotic dancers come to mind. Punchy colours like bubblegum pink, canary yellow and bright green are not what many associate with the 18th-century furniture maker who took Georgian Britain by storm with his elegant interior designs. But one display in the exhibition that was on show at the Leeds City Museum, Thomas Chippendale 1718-79: a Celebration of British Craftsmanship and Design (until 9 June), proved that vibrant colours were key to the furniture designs of Thomas Chippendale Sr. The show is one of many events staged this year to commemorate the tercentenary of the furniture maker’s birth.

Ahead of the show, a pier table made in around 1772 for the Circular Dressing Room at Robert Adams-designed Harewood House in West Yorkshire was examined by Heinrich Piening from the conservation department of the Bayerische Schlösserverwaltung, near Munich, at the behest of the work’s owner—the Chippendale Society. The aim of the analysis was to discover the original colours of the Neo-Classical table’s polychrome marquetry top because, after nearly 250 years, the dyed wood has turned several shades of brown due to a chemical change in the iron in the dye. (The white, pink and blue paint on its legs and frame has fared better.) “One thing about Chippendale that is particularly difficult to convey after 200 years is how he used colour,” says Adam Bowett, the show’s co-curator and chairman of the Chippendale Society. “His furniture is designed to go into highly coloured interiors,” he says.

Piening used UV-VIS spectroscopy—a non-invasive method that can identify the dyes used to colour the various different types of woods, including tulip and holly. The “samples” were compared against a database of known dyes and pigments. The results revealed a remarkably eye-catching palette of blues, greens, reds, pinks, yellows and silvery greys. Although the piece is more than two centuries old, the change in colour is likely to have begun within a few years of its manufacture. Its owners would have known it was susceptible to changes in colour if exposed to light and so would have kept it covered. The most drastic changes would have occurred in the 19th century, when the state apartments were used more often.

Thomas Chippendale Sr, top of the Pier table from the Circular Dressing Room at Harewood House, around 1772 Image courtesy of The Chippendale Society

A life-size digital reproduction of how the table top would have looked originally was created using this new research; it was displayed in the exhibition. Bowett says they had planned to create a wood replica of the table top but ran into issues with the woods they selected for the job. “Now we have a better understanding of why he chose to use the woods that he did,” he says.

Planning for the exhibition led the curators to reconsider the dating of one piece on display: a commode from Aske Hall in North Yorkshire. The object, which has only recently been attributed to Chippendale, has not been on public display before. The curators have dated it to around 1768 to 1770—ten years earlier than previously thought—placing it firmly in Chippendale’s transitional period from Rococo to Neo-Classical. The curators argue that the design and execution of the floral marquetry is different from his Neo-Classical pieces and was done by someone other than the specialist who worked on the latter.

Bowett hopes the 300th anniversary events will lead to a greater understanding and appreciation for the furniture maker. So, what does the average person know about Chippendale? “You mean other than the strippers,” Bowett jokes. “We find that most recognise the name, but they are not necessarily sure why they know it.” And those who know he was a furniture maker are still surprised by the range of his abilities; he made everything from soft furnishing such as wallpaper and curtains to bedpans and even coffins. “People tend to think of him as a craftsman, but he was also an exceptional designer which is what really set him apart,” Bowett says.

“When it comes to anyone as well-known as Chippendale, people tend to feel that there is nothing left to learn,” he says. “There is plenty of Chippendale furniture waiting to be discovered; we’re absolutely certain of this.”

Man of many talents

Furniture-making was just one facet of Thomas Chippendale’s diverse practice. For his best customers, he offered an array of services such as turning mattresses or finding just the right glassware for a night table. When Lady Heathcote died in 1772, he hired the pallbearers, supplied gloves and hoods for the mourners and made the coffin as well as the accompanying brass plaque and decorative fittings. 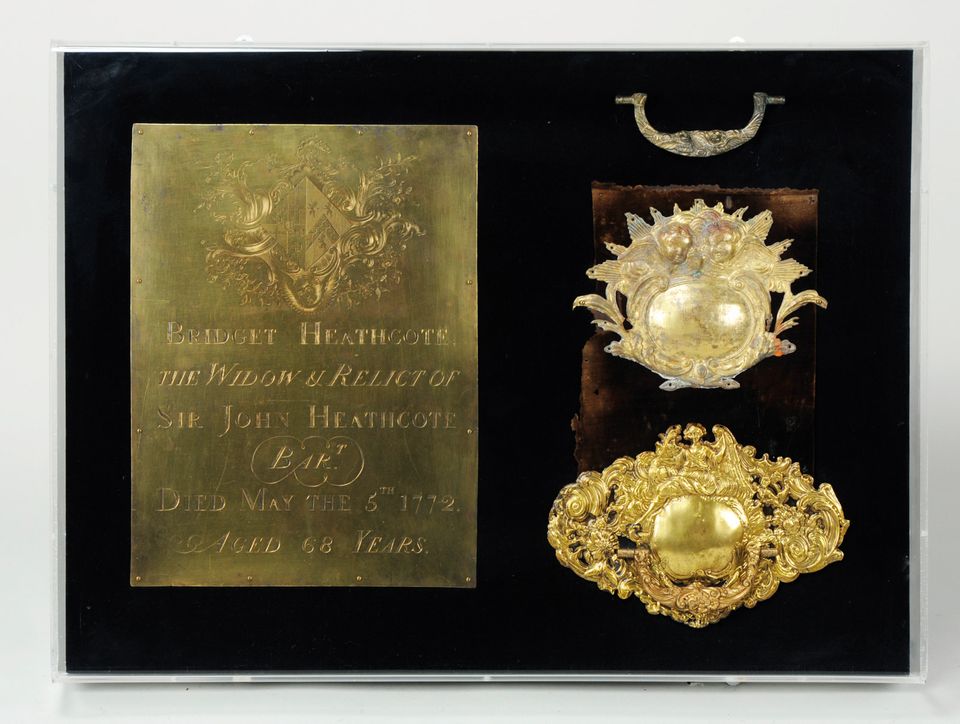