Visitors to Anicka Yi’s exhibition Life Is Cheap, at the Solomon R. Guggenheim Museum, will smell her work before they see it. Working with a team of Columbia University biologists and chemists, the artist has created a scent using bacterial samples collected from Asian-American women in Manhattan’s Chinatown and Koreatown and from carpenter ants. Diffused into the first room of the show, this scent, Immigrant Caucus, is the inculcatory step in Yi’s latest “bio fiction”—transient and often radical interventions designed to interrogate the memories, emotions and assumptions activated by our sense of smell. Taken alongside her quasi-documentary video tackling issues of environmental colonialism in the Amazon called The Flavor Genome, also currently on view in the Whitney Biennial, one begins to see the startling range of the Seoul-born, New York-based artist’s concerns around biology, politics and subjectivity. Yi spoke to The Art Newspaper about her Hugo Boss Prize exhibition near the eve of installation, six months after she learned she had won the prize.

The Art Newspaper: What was the starting point for this show?

Anicka Yi: I wanted to manufacture a drug based on perception—a drug that would allow a human like me to experience the perception of someone like you, or a dolphin or a coral reef, or a bacterium or yeast. That was my impossible premise [laughs]. We don’t have the technology right now, but that is what I wanted.

It is interesting that you started out thinking of the project as a drug to be ingested, as opposed to a VR device you wear—another way artists are trying to provoke empathy through common experience.

This sort of indicates my naiveté in thinking that it was something as simple as altering our chemicals. But I also was thinking that a drug could be administered on a large scale for more equitable access, where an average person could just buy over the counter.

Or maybe we should just put it in the water supply?

Now you are talking my language! I guess the drug aspect of it also reveals where I was thinking in terms of biotechnology in this consumer realm. I also liked the aesthetics of a drug, how it dissolves into your bloodstream, that kind of ritual. Let’s face it, as Americans we do have a culture of self-medication. 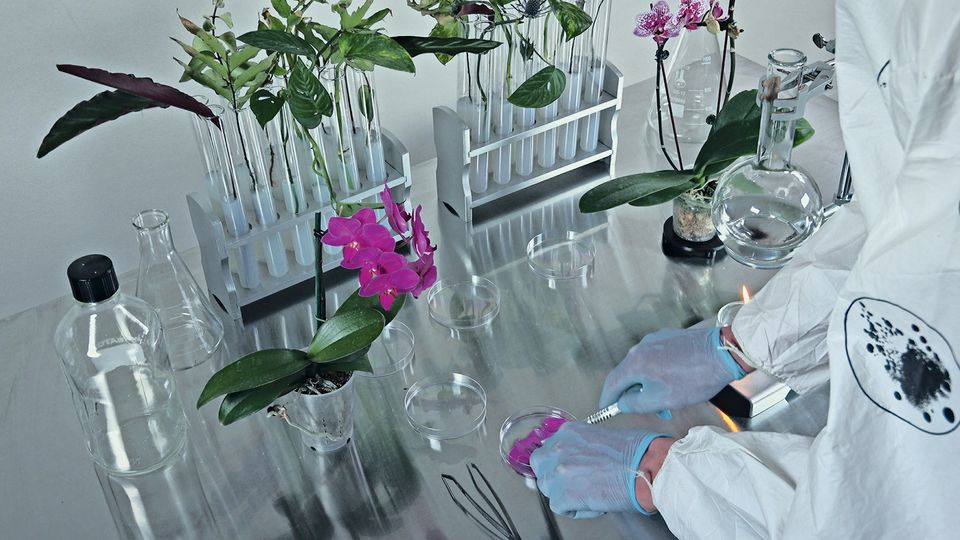 A still from Yi’s 2016 film The Flavor Genome (left), currently on show at the Whitney Biennial Courtesy the artist and 47 Canal, source: Whitney Museum

So how did the idea evolve?

I met with a couple of structural biologists at this laboratory at Columbia and presented my drug idea, and we started developing the narrative collaboratively. They helped me to ask a lot of the right questions, and they also in turn ask me the right questions about my initial starting points. It was a very mutually enhancing encounter.

What was the process of creating the base materials for this show?

A lot of things can be learned in six months… we’ve had a lot of important philosophical-ethical engagement with the work. Not being a scientist, I am going to ask pesky questions about the agency of whoever is handling the science and how it becomes interpreted. To me, the laboratory is not a neutral space.

Your work often has some kind of “live” element to it. How will that be manifested in this show?

We are growing bacteria. We are also working with about 20,000 live carpenter ants. I have said before that I don’t make any kind of radical new discoveries in science, but I am trying to do things that are maybe not really possible in terms of physics—for example, how to grow bacteria vertically. I’m taking these structural biologists into the realm of 4D space in terms of the structural realities that artists face with their work.

So we are creating a biosphere inside a large diorama that will allow for this kind of rampant, unhinged growth of bacteria that are taking over all of the surfaces within the space, including these sculptures I made. It is teeming with this life force. I am just setting the stage, and the microbes are going to do the work, and we are going to see what happens.

With this relinquishing of control or loosing of a contagion, are you responding to the current political moment?

I wanted to make work that was about the gesture more than just the representation. I thought it would be good to create the structure and introduce these very chaotic, unknown factors, whether it is temperature, climate, or even pre-existing bacteria in the museum. The friendly inhabitants that are living in the air vents—how welcoming are they going to be with the new life forms that get introduced? I want to foreground and underscore that we have to have more tolerance of certain intensities.

You have spoken before of your olfactory fascination, linked to your experience as an immigrant. How does your work force people to encounter discomfort?

Most people are horrified when they go into their breadbasket and they find mould on their bread. They feel immediately contaminated. But we are living with this stuff all around us. We have millions of bacteria in our gut. We are producing it, and it is what is keeping us alive. It also contributes to how we smell as human beings. We’ve come to view it as a signifier of something unhealthy, when in fact it is quite the opposite. So for me to use bacteria in my work is to create access to our discomfort… My hope is to allow for some kind of acknowledgement of our anxieties around hygiene, around the body, around a cultural conditioning of what is considered negative, as something that we should expel. It is not who we used to be.

Humans didn’t always walk around with Purell bottles strapped to our handbags.

No, we didn’t. In fact, it is remarkable how with each new tool and technology things have exponentially, rapidly changed, to the point where we are deeply unknown to our own bodies… Technology has this way of undoing so much progress in its attempt to make our lives easier. Granted, our quality of life is better than it was a thousand years ago… but we still have war, famine. Any time you have great wealth, you have poverty. I’m not advocating violence or anything like that, but historically speaking, nothing has ever changed without it. The haves have never been peacefully removed from their palaces. 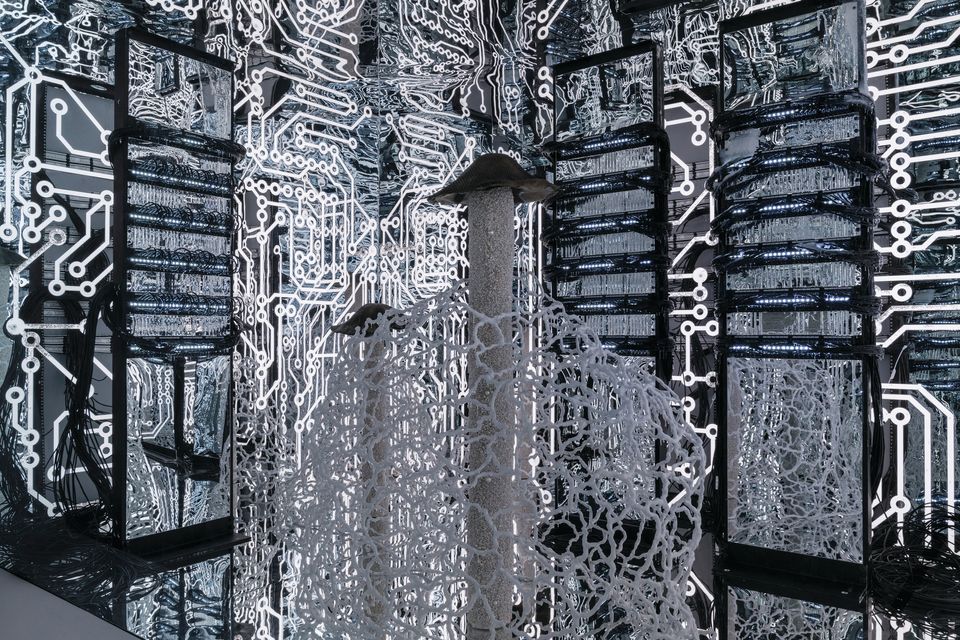 Do you see your bacterial invasion as a kind of violence?

Absolutely. It is a violence, but some violence is good. There are certainly some very pathogenic bacteria that are very harmful to humans and other organisms. But it is also just ground zero for existence for any us to coexist with that, to have some kind of respect and harmony with that. Not to fear the violence… to acknowledge it, but also maybe do a dance with it.

Matthew Barney won the first Hugo Boss Prize 20 years ago. Do you see any similarities between your approaches and themes?

Matthew’s engagement with materiality is really quite stunning and I have an affinity for that, but I think his narrative is entirely different from mine. I rarely think about other artists when I am making work. Mostly because I don’t think about art when I’m making art.

In terms of legacy of the prize, I am utterly shocked. I think it says a lot about how they want it to move forward. Because if other artists come to the show and they see an entire diorama filled with bacteria they are going to say, ‘Oh, I have permission to do that now.’ Whenever I have experienced really tremendous art that has influenced and impacted me, it is a form of getting permission. Now we have permission to put bacteria in the Guggenheim, which is nice.